The rise of sectarian tensions as a result of the Syrian conflict, and Iran’s support for the regime of Syrian President Bashar al-Assad,  have contributed to negative perceptions of Iran in the region, according to a new Zogby poll, reports Barbara Slavin. 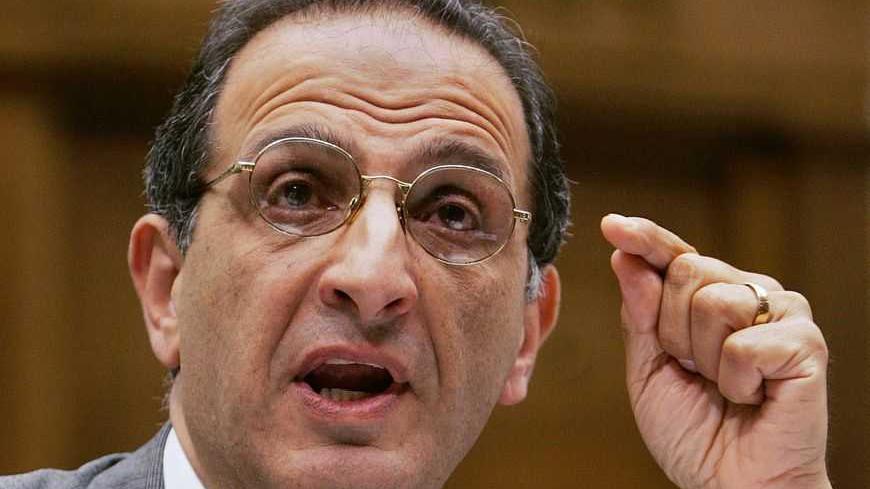 WASHINGTON — Once admired by the Arab street for leading “resistance” to the United States and Israel, Iran has continued a steady decline in regional public opinion in large part because of its support for the Syrian regime and the growth of sectarianism in the Muslim world, new polling shows.

Data compiled by Zogby Research Services builds on prior surveys that revealed a collapse of support for Iran in most Arab countries in 2011 compared to 2006. That was when Iran was viewed favorably by many Arabs because of its support for Hezbollah in a month-long war with Israel and overall defiance of the West.

The new survey, broadened to include 20 countries including three non-Arab neighbors of Iran, finds a majority have a negative view of the Islamic Republic even though most oppose military action against Iran’s nuclear program.

“Syria is the nail in the coffin of Iran’s favorable rating in the region,” Jim Zogby, of Zogby Research Services and president of the Arab American Institute (AAI), said Tuesday [March 5] as the results were released at the Woodrow Wilson International Center for Scholars, a Washington think tank.

In response to a question from Al-Monitor, Khaled al-Qazzaz, also speaking at the Wilson Center, said Egypt has “no plans right now for advancing diplomatic relations [with Iran] until we see change” in Iranian policies. “We want Iran to be part of the solution instead of part of problem as they are right now” regarding Syria, he said.

Iranian President Mahmoud Ahmadinejad last month became the first sitting Iranian leader to visit Egypt in more than three decades but had shoes thrown at him and was subjected to lectures about Syria and Shiism.

Al-Qazzaz stressed that Ahmadinejad’s visit was in the context of a summit of the Organization of Islamic Conference, just as President Morsi’s trip to Tehran last August was to hand over leadership of the Non-Aligned Movement.

Al-Qazzaz said that Egypt also disagrees with Iranian “intervention” in other Arab countries as well as its nuclear program.

The new polling included Turkey, Pakistan and Azerbaijan as well as the Gulf states, Egypt, Sudan and the nations of the Maghreb. In only six countries — Yemen, Kuwait, Lebanon, Iraq, Algeria and Libya — did a majority view Iran favorably.

Majorities in every country polled with the exception of Iraq and Lebanon, both of which have large Shiite populations, viewed Iran’s policies with suspicion and said Iran was playing a negative role in the region.

While sectarianism was clearly a factor, so was ethnic animosity. Azerbaijan is majority Shiite, like Iran, yet still had a negative view. Three quarters of both Turks and Azeris (who are ethnically related to Turks) disagreed with the statement that “Iranians are good, religious people.” Even Azeri Shiites appeared to dislike Iranians as people by a wide margin of 71% to 26%.

On the nuclear question, most of those polled said the Middle East would be more secure if it were a nuclear free zone. Only Yemen and Libya thought the region would be better off if Iran had a nuclear weapon. However, compared to 2006, the polls showed majorities in all 20 countries believe Iran intends to produce nuclear weapons despite its vociferous protestations to the contrary.

According to the report, “there is no country in which a strong majority supports military action against Iran to stop its nuclear program.” However, “the percentage of those who would support military strikes has increased since 2006, with a deep division among Sunni and Shia communities on this question. A majority of Sunnis in Saudi Arabia, Bahrain, and Azerbaijan would support the military option.”

“These numbers will have a sobering effect on the Iranian government,” said Haleh Esfandiari, director of the Middle East program at the Wilson Center.

She saw the turning point as occurring in 2009, when Iran harshly suppressed pro-democracy demonstrators in the aftermath of allegations of fraud in presidential elections.

Two years later, when uprisings began against pro-Western Arab autocrats, Iranian officials asserted that these revolutions reflected a desire by local people to emulate Iran’s 1979 revolution. That is still Iran’s official line. On March 3, the commander of Iran’s Basij popular militia, Brig. Gen. Mohammad Reza Naqdi, was quoted by the Iran Student News Agency as saying “all those regional countries [governments] who were allies of America failed and fell one after another. The only thing those allies were doing was to transfer Muslim nations' money to western countries.”

Marc Lynch, a Middle East scholar at George Washington University, said the numbers should not be interpreted as a “green light for military intervention.”

While support for the United States as a regional actor has increased, Zogby concurred with Lynch that a U.S. strike on Iran would dramatically increase support for Tehran and opposition to the United States whose relatively “light footprint” in the region under the Obama administration has been popular with ordinary Muslims, he said.

Barbara Slavin is Washington correspondent for Al-Monitor and a senior fellow at the Atlantic Council where she focuses on Iran. She participated in the Wilson Center panel that discussed the latest poll results. She tweets at BarbaraSlavin1.