Many of the foreign fighters in Syria hail from Tunisia, while Tunisia struggles to deal with its own internal problems, writes Nesrine Hamedi. 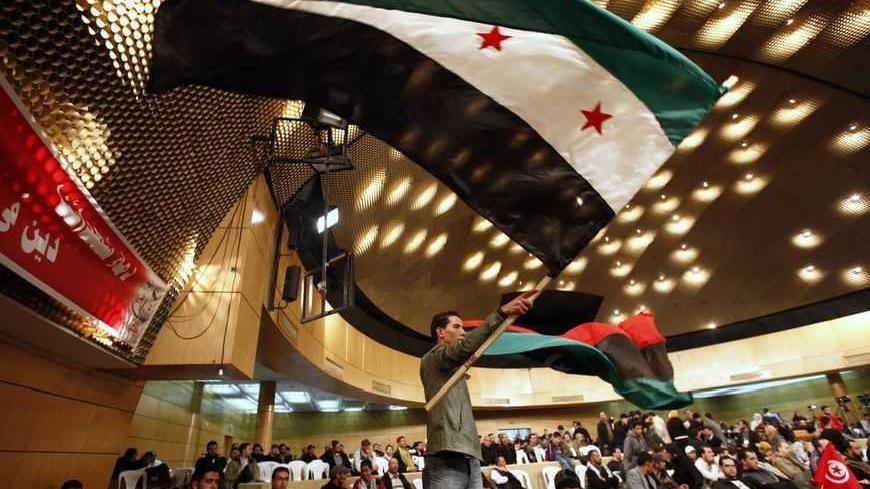 The subject of foreign jihadists coming to fight in Syria is nothing new. But the issue of Tunisian fighters who have flocked by the dozens over Syria's borders, passing through a long process of enlistment and training, has garnered a great deal of attention in recent days. It has shed light on the events transpiring behind the scenes of the jihadist journey to Syria, and upon those forces driving it.

At present, Tunisia estimates that around 40% of foreign jihadists in Syria hold Tunisian nationality. More than two-thirds of them are fighting in the ranks of Jabhat al-Nusra. A number of their families have organized demonstrations demanding that the authorities return their sons to Tunisia. At the same time, the Guide of the Ennahda Party, Rachid al-Ghannouchi, took the occasion as an opportunity to stress that his movement was not responsible for the phenomenon.

For his part, President Moncef Marzouki minimized the gravity of the issue by noting that "their numbers don't amount to much" even as representatives in the Constituent Assembly demanded that the authorities identify the organizations now dispatching Tunisian youth to Syria. The Tunisian press has been occupied with exposing the extent of this phenomenon and its various aspects.

The details of the journey undertaken by Tunisian jihadists embarking for Syria say a great deal about a country where jihadist propaganda is spreading at an alarming pace and a grinding war for which foreign jihadists provide a continuing source of fuel. More important than either is the foreign hand moving events. According to this Tunisian narrative now circulating, this hand is that of Qatar.

On March 12, the Tunisian newspaper El-Shorouk released a detailed report, citing the Asia News Agency, stating that dozens of Tunisians had recently been killed in Syria. It included their names, their pictures, and their home provinces, as well as the places and dates of their deaths in Syria. It noted that most jihadists originated from the town of Ben Guerdane, south of Tunis.

The town of Ben Guerdane, located in the Medenine province near the Tunisian-Libyan border, is one of the largest exporters of jihadists to Syria. Former head of al-Qaeda in Iraq Abu Musab al-Zarqawi is reputed to have said, "if Ben Guerdane had been located next to Fallujah, we would have liberated Iraq."

According to El-Shorouk, Qatar is funneling money to Tunisian NGOs  to recruit jihadists and dispatch them to Syria. From Qatar, these networks obtain "a pledge of $3,000 in exchange for every Tunisian youth who enlists."

Al-Wasit, another Tunisian newspaper, printed another report detailing the isolation of these youths in military camps in the desert triangle between Libya, Tunisia and Algeria, and how they are subsequently transported to Turkey. There they are welcomed by other organizations who insert them into Syrian territory. They are given only a rushed period of training which, according to the paper, "facilitates their death or capture."

According to As-Safir's sources, jihadist groups in Libya have established training camps in the Ghadames province, which is no further than 70 km from the Tunisian border. These young men receive some military training and are then transferred to the Zawiyah province, where they complete their training in a period of 20 days. From there they are transferred to Brega port for the voyage to Istanbul and thence to the Syrian borders. At that point, they are handed over to the Free Syrian Army (FSA) and Jabhat al-Nusrah.

According to these investigations, Lebanon might be another destination for Tunisian jihadists alongside Turkey. In the event a Tunisian jihadist seeks to join the FSA in Aleppo or other northern Syrian cities near to the border, they cross over from Turkey. If they wish to fight near Damascus, the surrounding countryside or other nearby areas, then they come through Lebanon.

If Qatar is the main suspect in this process, the sources of funding for these movements remain a subject of debate among observers. Some information indicates that the secrecy of Tunisian authorities indicates that some of their leaders may be complicit in funding, aiding and dispatching Tunisian young men to wage jihad in Mali and Syria.

According to El-Shorouk, "some members of the Constituent Assembly has a direct relationship with these associations and are fully aware of their activities". The paper promised to publish the complete details of officials' involvement soon.

But the associations —or even government officials, should their involvement be proven — lack any authority to compel these youths to wage jihad. They do so of their own free will. The phenomenon itself sheds light on the extent to which ideological extremism is spreading in the Tunisian street.

Before the revolution of Jan. 14, many organizations warned of jihadist cells emerging in Tunisia radicalizing unemployed youth with the intent of using them in jihad-related activities. These young men have been radicalized both through a proselytizing effort in the mosques and in more private settings.

In this context, the sister of Ahmad Al-Tuhami, one of the young men killed in Syria, told As-Safir: "After the revolution, Ahmed started to frequent a mosque in the province of Sousse. Then he told us that he was determined to head to Libya to find work in the construction sector. He never came back. After that, we didn't hear anything from him until the Al-Dunya Channel broadcast his confession of infiltrating Syrian soil by way of Turkey."

The families of these jihadists are also demanding that humanitarian organizations lend their weight to the cause of bringing their sons home. An official in the Tunisian League for Human Rights told As-Safir that "quite frankly, getting them back would be a very difficult process. Almost impossible for us, as a civil society organization. Even for the government it would be extremely difficult, since diplomatic ties between the two countries have been severed." She noted that it was possible for the Tunisian government to confront this phenomenon by tightening border security and undertaking a serious investigation to uncovering the identity of those behind luring the finest Tunisian youth to participate in these terrorist acts.

It is worth mentioning here that a number of those who have gone to Syria have fought in Libya against the regime of Moammar Gadhafi. Tunisian press and observers are agreed that they are not acting as mercenaries, but rather seek to carry out the genuine convictions with which they have been indoctrinated by jihadist recruiters in their country.

The general climate in post-revolutionary Tunisia encourages the proliferation of this phenomenon, as does the laxness and disregard exhibited by the ruling Ennahda party in its dealings with Salafist Jihadist groups. Perhaps Tunisia's granting of political asylum to the Jordanian Abu Qitadah — who issued a fatwa permitting the killing of women and children in Algeria on the pretext that they failed to support the jihadists in that country of a million martyrs — is the best example of the Tunisian government's indulgent attitude.