Is Hamas Considering Recognition Of Israel?

As a step toward international recognition, Hamas is seeking to be removed from the US terrorist organizations list, and for that purpose even considers acknowledging Israel in its 1967 borders, reveals Shlomi Eldar. 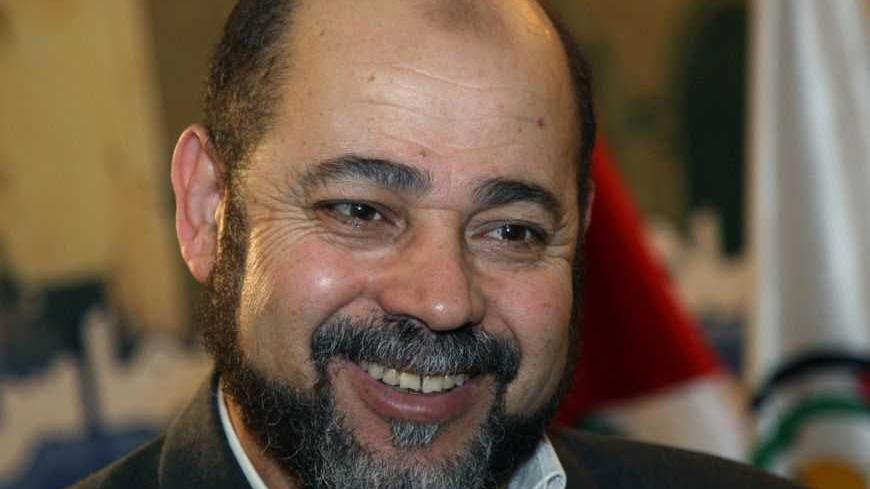 Both Israel and the Palestinian Authority are busy preparing for President Barack Obama’s visit, but as it turns out, Hamas is also keeping a close watch on the American president’s visit. Al-Monitor has learned that the head of the movement’s Politburo, Khaled Meshaal, and his deputy Moussa Abu Marzouk are actively seeking to foster a lobby, consisting of both American and international figures, which will lead to the removal of Hamas from the US list of terrorist organizations, or at least they hope it will.

Not a single leader of the movement in Gaza and overseas has fooled himself into believing that Obama’s visit will lead to any significant diplomatic breakthrough. It seems, however, that they are looking forward toward a more distant future, in which the movement wins international recognition. The first obstacle they face is Hamas’s inclusion in the list of terrorist organizations, created by the United States and updated every two years. The middleman doing everything he can to advance this cause is none other than the Emir of Qatar Hamad Bin Khalifa al-Thani, who was also the first Arab leader to “break the siege” on Gaza since Hamas came to power by arriving there for a visit. During that visit the Qatari emir received the royal treatment. Palestinian Prime Minister Ismail Haniyeh himself volunteered to drive him on his tours throughout Gaza, and in exchange the emir showered his hosts with millions. Now al-Thani is using his power and influence to convince senators, congressmen, and other political leaders throughout the United States that removing Hamas from the terrorist blacklist will help foster reconciliation between it and Fatah, and as a result, advance negotiations with Israel.

Evidence of these efforts was provided by Marzouk, in an interview he gave this week to the Spanish news agency EFE. “Reconciliation between Hamas and Fatah is stuck, because right now the United States has left Hamas on its list of terrorist organizations,” he said. Marzouk said that because his movement continues to be included on the list of “pariah organizations,” at least as far as the US is concerned, Abu Mazen finds himself in the shadow of an American threat. Should the Palestinian Authority take any steps measures to advance reconciliation with Hamas, the United States would turn off all financial aid, which now stands at $450 million per annum. “That’s a lot of money,” Marzouk added. “Abu Mazen can’t allow that.”

While it is questionable whether the United States is really threatening Abu Mazen, senior members of the Palestinian Authority have expressed an interest in advancing reconciliation with the Hamas government. They claim that as long as Hamas remains on the terror list, Israel has a solid alibi to avoid any diplomatic efforts to advance negotiations.

It is quite obvious that in the foreseeable future, the United States will not remove Hamas from its list of terrorist organizations. What Hamas is depending on, however is the more distant future, when its removal from the list could be considered, at least as far as the Americans are concerned, in exchange for some noteworthy move, such as Hamas recognizing Israel. Such steps would advance the diplomatic process in the Middle East.

But beyond this practical consideration, what is distinct about Hamas’ latest move is its underlying intent. This is yet another indication that the movement’s leader are serious about transforming Hamas from a terrorist group that controls a piece of land (which is how it is perceived today) into a serious and responsible movement that is fit to run a state. The most recent move can then be seen as the direct continuation of an interview given a month and a half ago to the Saudi newspaper Al-Sharq. As Al-Monitor published back then, the Saudi newspaper reported that Meshaal authorized King Abdullah of Jordan to relay a message to Obama, stating that Hamas is prepared to accept the principle of a two-state solution, or to state it even more clearly, Hamas agrees to the 1967 borders. This lies in stark contrast to the familiar ideology proclaimed by Hamas, or at least it seemed that way until now.

The latest article, published here today, supports the latest trend as expressed in that interview. Having relocated his offices from Assad’s Damascus to Emir Al-Thani’s Qatar, Meshaal, along with the other leaders of Hamas in Gaza, are dreaming of the moment when they receive “clemency” from the Obama administration, and in consequence, international recognition.

Anyone who wanted to could find further evidence that this is Hamas’s intent in the passive response offered by the movement’s spokesmen to Obama’s visit to Israel and the PA. In other days, not too long ago, Hamas’ leaders would have rushed to attack Abu Mazen and other senior PA officials for selling their souls to the US president, a well-known friend of Israel’s. Not this time. It is just a few days before Obama’s visit, and the most conspicuous thing about their response is its silence.

The importance that Hamas attributes to its international standing can be seen in a statement by Ghazi Hamad, deputy foreign minister of the Hamas government. “We have succeeded in opening up to many countries around the world,” he said, immediately adding, “but we have prevented visits by leaders whose intent was to disrupt our reconciliation efforts.” Hamad did not reveal the identities of those leaders who intended to thwart inter-Palestinian reconciliation, and whose visits to the Gaza Strip were prevented as a result. Nevertheless, one might guess that the relationship with Iran is rather uneasy, especially now, with Hamas turning toward the West, to Obama.

And yet, the burden of proof lies with the leaders of Hamas. Before they can actually be removed from the list of terrorist organizations, they must first prove that they are not involved in any terrorism.