Despite extensive gas reserves off the coast of Gaza, the strip's residents are unable to benefit from their own resources, writes Omar Shaban. 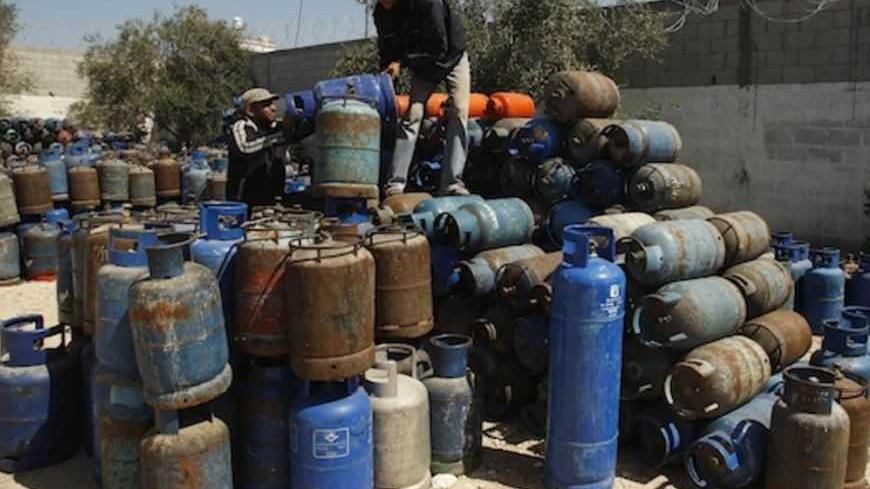 Despite their geographical distance, Gaza and Nigeria are similar on many levels. Nigeria is one of the largest oil exporters in the world, but one of the poorest countries. Hundreds of Nigerians die while trying to obtain a few liters of their own oil, even as it flows right in front of their eyes. Gazans also suffer from severe poverty, high unemployment and deaths due to continuous power cuts, despite large gas fields in the Mediterranean Sea, right before their eyes.

With strong indications of extensive gas and oil reserves in Palestinian lands and waters, the British Gas Group (BG) and the Consolidated Contractors International Company (CCC) were granted gas exploration rights in Gaza’s offshore, in a 15-year agreement signed in 1999 with the Palestinian Authority (PA). In 2000, as drilling operations began, BG and CCC found gas fields in the Gazan offshores, including Gaza Marine 1 and the Gaza border field.

Unjust contract for the Palestinian side

According to many international and regional observers, the contract signed between the PA and the development companies have adversely affected the Palestinian side, as Palestinians have been deprived of their rights of exploiting their oil and gas reserves.

Under the agreement, BG and CCC were granted gas exploration rights and exclusive rights for marketing in the event that reserves were discovered. The two companies were granted a total 90% ownership of any reserves (60% and 30% respectively for BG and CCC), with only 10% left for the Palestinian side.

This contract aroused suspicions regarding transparency in granting exclusive rights to the BG, without holding any open tender to other qualified bidders, and to the low percentage allocated to the Palestinian side. The developers have so far invested nearly $100 million in exploration work. The total investment is expected to reach $800 million, while the two companies’ returns are forecast to reach $4 billion — making the rate of return on investment more that 450%.

Once again: politics has an adverse effect on economy and development

When gas reserves were discovered in 2000, late Palestinian President Yasser Arafat held a special ceremony for the occasion, which gave Palestinians hope that their homeland would thrive and join the Gulf countries as a major gas exporter. But Palestinians found out that their situation is akin to that of Nigeria in terms of being deprived of their own resources.

Gaza has been unable to properly exploit its own gas due to political and economic impediments with Israel, and due to internal division and the absence of legislative control.

Israel has managed to be the sole purchaser of Palestinian gas, setting its own conditions to any sale agreement. It has offered to sell Palestinian gas at very low prices compared to international prices, while deploying its naval forces in the gas fields to ensure the safety of the workers and their equipment. Israel has also taken advantage of the lack of technical and military capacity on the part of Palestinians to provide this capacity, crucial given that the gas fields are located at a distance of roughly 20 miles from the Gazan shores and at a depth of 2000 feet.

Another impediment prevented Palestinians from selling their gas. Ariel Sharon, the then-Israeli prime minister, required that gas be pumped from Gaza to Israeli ports via underwater pipelines instead of ground channels, meaning that Palestinians would not be able to control energy resources, which are crucial to the Israeli economy.

Meanwhile, Arafat insisted on transporting gas to Gaza first and then pumping it through ground pipelines to Israel, in a move intended to stress Palestinian sovereignty over their own resources, and allowing them to use these resources to generate electricity and meet their domestic and industrial needs.

Negotiations over gas deals broke down due to such differences and due to the eruption of the second intifada in Sept. 2000, along with Arafat's death and Sharon’s extended coma. At the time, Israel needed an alternative gas supplier, so it signed a deal with the Egyptian Government to supply Israel with Egyptian gas for the next 20 years. The contract was terminated last year under the pressure of the Egyptian revolution and in light of its unfair conditions for the Egyptian side, according to experts.

Due to the Israeli economy’s need for gas to sustain the growth it has witnessed over the past few years, Israel has renewed its negotiations to buy Palestinian gas. The new Israeli strategy is based on three main points. First, Israel seeks to shun the Palestinian side, represented by the Investment Fund, which monitors the PA’s investments. Israel limited its negotiations to the BG under the pretext that Hamas controls Gaza and its shores. Second, Israel made sure that Palestinians get their share of the deal in the form of services, meaning that Hamas or even the PA will not benefit from any profits. Third, the Israeli government has also sought to transport gas from maritime fields in Gaza through underwater pipelines to Israeli ports, which represents complete control over Palestinian gas.

Hamas’ rise to power was another game-changer in the Palestinian gas equation. The Islamist movement, which first came to power in July 2006, was not interested in the gas fields at the time; it was well aware that they are beyond its control, since they were not within the range of its missiles at the time.

In 2007, however, Hamas seized control over the Gaza Strip. The movement has managed to increase its missile capabilities, debuting its new long-range missiles that can reach targets over 50 miles away. Given the fact that these gas fields are located roughly 20 miles from the Gazan shores, they are now within the supposed range of Hamas’ missiles. Any deal to sell Palestinian gas has become even more complicated in light of the Palestinian division, which makes reconciliation an urgent prerequisite not only for the peace process but also for achieving development, fighting against poverty and unemployment and easing the PA’s financial crisis.