Ben Gurion University of the Negev invites researchers to submit proposals for its "Business for Peace" competition to support the Palestinian economy, writes Shlomi Eldar. 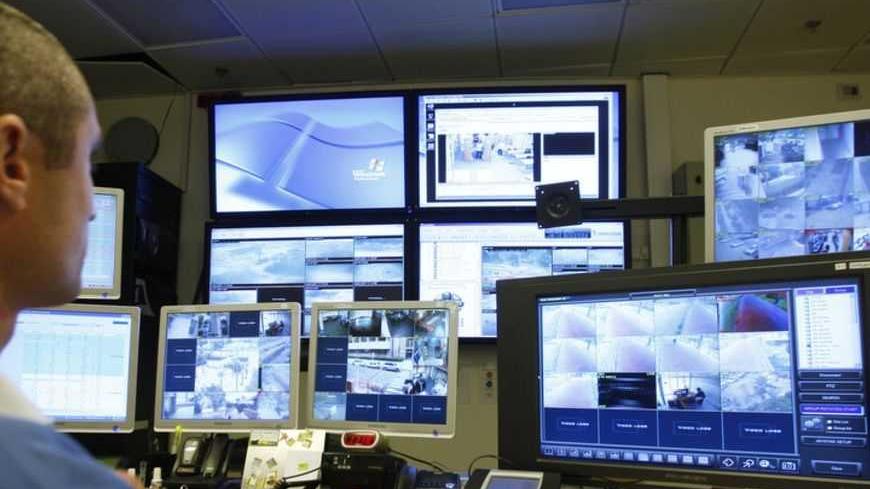 It seems like a simple idea: economic cooperation serving as an impetus for peace between Israelis and Palestinians. It was with this in mind that Ben Gurion University launched its “Business for Peace” competition last year. Students and faculty from all of Israel’s academic institutions were invited to submit “groundbreaking” proposals, which would help to develop the Palestinian economy and promote cooperation between the Israelis and the Palestinians.

The competition ended last week, and the winners were announced. The first prize ($20,000) was taken by Dor Leitman and Sagi Bernstein, who developed a concept based on “outsourcing between Israel and the Palestinian Authority.” The two men, who study software engineering at Ben Gurion University, submitted a proposal to create an employment bridge between Israel’s high-tech industry, which is starved for workers, and Palestinian software engineers in the Territories, who are starved for work. “In my opinion, the implications of our project are far more significant than the economic benefits that both sides will enjoy,” said Leitman upon winning.

The idea behind the project is to create a website focusing on collaborative employment opportunities and job outsourcing between Israel and the Palestinian Authority. The website will include Israeli and Palestinian members, who offer technological services, job opportunities, and/or projects that require implementation. Users will consist of private individuals and companies who sell their services. For example, a web developer could offer his services building internet sites, while a company could offer services for larger projects. Each user will have a profile with personal data, relevant information, previous projects and recommendations from other users of the site. The goal is to create a cooperative economic and employment environment in which each side seeks out the other and, in the long run, gets to know each other too.

It is a simple but ingenious idea. In the global village in which we live, employment frequently exits the factory and office space and flows along broadband connections. The internet is succeeding where the leaders of both peoples have failed. It is shattering barriers, reducing distances, and circumventing borders.

According to Dor Leitman, “There are plenty of engineers in the Palestinian Authority, and there is plenty of unemployment too. Those are the facts. There are tens of thousands of engineers who have no work. On the other hand, Israel has a high demand for outsourcing. We realized that we could build a connection, which would benefit both sides.”

Dr. Miki Malul is one of the faculty members overseeing the competition. According to him, any business looking for a developer can enter the website and connect with people on the Palestinian side. “It is possible to subvert geographic restrictions virtually. Once the connection between the two parties is established, they will be able to work together by way of electronic communications or in the case of Israelis and Palestinians, even physically,” he hopes.

Dor Leitman agrees that this initial act of communication lies at the core of the project and elaborates: “The system acts as a broker between Israeli high tech companies who are looking for employees to whom they can outsource work for any number of reasons, mainly cost-related. Today these companies focus on workers from India and China, but we can look even closer to home and provide suitable and appropriate work for Palestinians.” Leitman then emphasizes that the salaries that they make will be commensurate too.

The idea behind this competition as a means of promoting peace between Israelis and Palestinians was first conceived by Guilford Glazer of Los Angeles. He covered the cost of the project and funded the prizes for the winners. The Steering Committee is composed of academics and public figures, headed by Avishay Braverman, former President of Ben Gurion University and now a Labor Party Knesset Member.

The second prize in the competition was awarded to a joint Israeli-Palestinian project. Hussein Al-Hroub of the Shiraa Association for the Development of Bethlehem and Dr. Sarab Abu-Rabia-Queder, a Bedouin resident of the Negev and member of the Ben Gurion University faculty, developed a joint model to advance and integrate Palestinian women in the workforce, particularly in the food industry. The project proposes tools to transition from the traditional means of food preparation to more efficient and therefore more cost-effective means. This would not only benefit the entrepreneurs but also increase the number of working women and improve marketing strategies, which would benefit both sides.

The project that was awarded third place also circumvents checkpoints and roadblocks by way of the Internet. The model connects Israeli employers searching for construction and agricultural workers with Palestinian workers, who have the proper permits to work in Israel. Currently, Palestinian workers who show up at checkpoints and other recognized collection points often wait endlessly until some random Israeli employer pulls up, looking for workers for temporary jobs. Yaniv Gelbard, Eran Shani, and Ilan Sosnovitch, students at Ben Gurion University’s Executive Masters program, proposed a means of creating “conditions of certainty” for both parties through advance coordination between employers and workers. As Malul explains, “The purpose is to establish contact between the worker with a permit, i.e., the Palestinian worker, who will show up at the checkpoint knowing that he has work that day, and the Israeli employer, who will know that he is getting the right workers for him. Contractors will post their requirements in advance, sparing everyone a lot of frustration.”

Returning to the first prize winners, Dor Leitman sees the project he developed with his colleague Sagi Bernstein as nothing less than a “mission.” In his own words: “It may start with an economic need, but it quickly develops into a mutual acquaintance. Even if just one person changes his mind about the other party, that in itself is a huge benefit. People tend to be very suspicious of the other. Only by getting to know each other will we be able to overcome our fears and establish ties between the two peoples.”

So will this be the kind of economy that will bring about peace? Although it hasn’t happened yet, with the creative ideas proposed by students like these, it just may.