Kurdish Politicians Ask Erdogan For Assurances in Talks With PKK 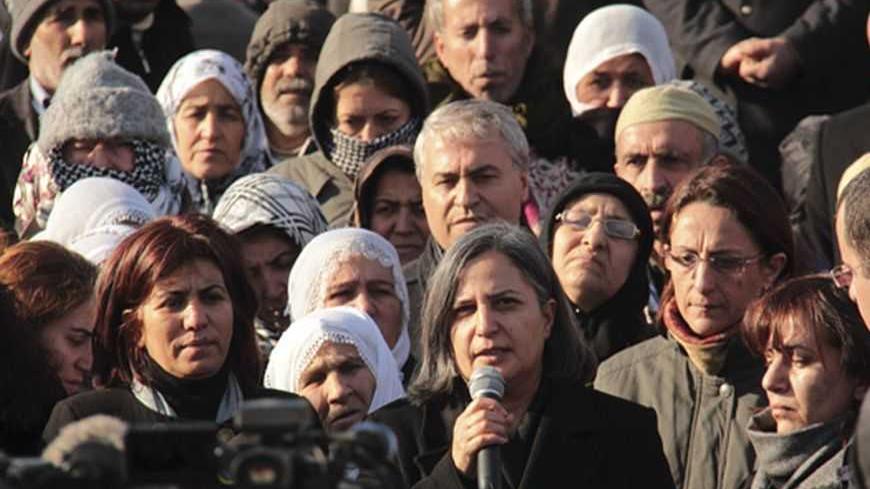 Turkish Prime Minister Recep Tayyip Erdogan remains cautious in engaging Turkish parliament in any way on the steps taken in talks with the jailed Kurdistan Workers Party (PKK) leader Abdullah Ocalan, which got under way in Oct. 2012, and denies sharing direct information with any of the parliamentary political parties on this issue. While the Erdogan government stresses that the process is very sensitive and needs encouragement and support from all segments of society, Gultan Kisanak, pro-Kurdish Peace and Democracy Party (BDP) co-chairwoman, however, is asking for legal guarantees that they will not face any legal ramifications for helping the government’s initiative, and therefore, calls for assurances acknowledged and approved by parliament.

Remembering that Hakan Fidan, head of the Turkish National Intelligence Organization (MIT), was summoned by a state prosecutor in Feb. 2012 to answer questions after a voice recording of his meeting with a group of PKK members in Oslo leaked to the public, Kisanak argues that the process carries a different set of concerns for their safety as well. “According to current laws, Ocalan is considered a leader of an illegal organization. What are we going to do if a prosecutor files a case [against him and those who talk to him]?” Kisanak asked in an interview with Nuce TV, a pro-Kurdish television channel broadcasting out of Denmark. “We demand legal guarantees [that this will not happen]. This is very important for the process to progress.”

Kisanak also claimed that Turkish state’s policy of eradicating and rejecting Kurds did not yield any results, and Kurds are determined as ever to have their different ethnic background and culture recognized. “What we really need to talk about is not the decommissioning of PKK’s arms, but democratization of Turkey. We want a free [and] democratic future,” she said. “Are you in favor of that, or not? If you are, arms will no longer be a problem.”

As part of the process, there is also talk of establishing a “council of wise men,” which was also proposed by the main opposition party, the Republican People’s Party (CHP) in June 2012. Kemal Kilicdaroglu, CHP leader, however, said today [March 25] that theirs is completely different from what the government is trying to initiate.

“What we suggested was a wisemen council that will function under the Parliament’s roof and will work together with a reconciliation commission,” Kilicdaroglu said. “Then they would be able to talk to everyone.”

Mehmet Ali Sahin, a Justice and Development Party (AKP) deputy and a former speaker of parliament, however, casted doubt as to whether such a thing could be implemented according to parliamentary regulations. Therefore, it seems that the Erdogan government bears full responsibility in an attempt to bring an end to the fighting between the state and the PKK.

Tulin Daloglu is a contributing writer for Al-Monitor's Turkey Pulse. She has written extensively for various Turkish and American publications, including The New York Times, International Herald Tribune, The Middle East Times, Foreign Policy, The Daily Star (Lebanon) and the SAIS Turkey Analyst Report. She also had a regular column in The Washington Times for almost four years.