Turkey once hoped to be a peace broker in the region, but is now increasingly seen as inflaming sectarian divisions and instability, writes Semih Idiz. 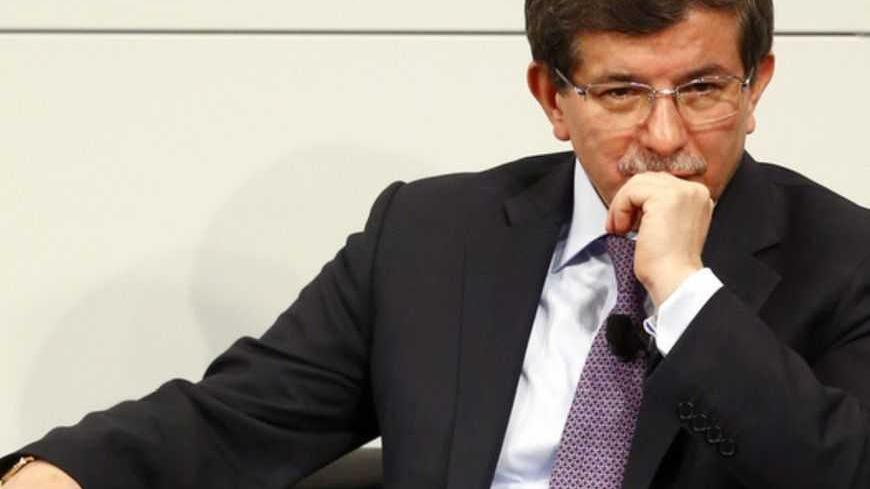 When the Justice and Development Party (AKP) came to power in November 2002, one of its main plans was to use Ankara’s open channels of communication with practically all parties in the Middle East, together with Turkey’s growing “soft power,” to mediate in all kinds of regional disputes and contribute to stability in this turbulent part of the world.

This vision was further energized after Ahmet Davutoglu was appointed foreign minister in May 2009. He wasted no time in implementing his highly encouraging “zero problems with neighbors” policy. It appeared to be working, too, when it emerged that Ankara was negotiating a deal between Israel and Syria.

All of that seems a distant memory today. The state of Turkey’s diplomatic relations with Israel, for one, have not only hit rock bottom, but have also ensured that Ankara is no longer a player in the Middle East peace process. Syrian President Bashar al Assad, in the meantime, has turned into Davutoglu's and Prime Minister Recep Tayyip Erdogan’s arch enemy.

In the meantime, the Erdogan government’s approach to the Syrian crisis has also resulted in Turkey being increasingly accused of becoming part of the problem in Syria. In an op-ed in The New York Times, Halil M. Karaveli, a senior fellow affiliated with Johns Hopkins University and the Institute for Security and Development Policy in Stockholm, argued that Turkey today “is exacerbating Syria’s sectarian strife, rather than contributing to a peaceful and pluralistic solution."

Karaveli, in his piece headlined “Turkey, the Unhelpful Ally,” added that the Erdogan government, “while sponsoring the Sunni cause” in Syria, “made no attempt to show sympathy for the fears of the country’s Alawite, Christian and Kurdish minorities.”

Only days before Karaveli’s op-ed, Faleh al-Fayad, Iraq’s national-security adviser, accused Turkey in an interview with Al-Monitor of “transporting militants into Syria” and of “meddling in Iraqi affairs.”

He was followed by Hadi al-Amiri, the Iraqi transportation minister, who, according to a Reuters report, claimed Turkish and Qatari support for Syrian insurgents was tantamount to a declaration of war against Iraq.

"Presenting money and weapons to al-Qaeda by Qatar and Turkey is a declaration of armed action against Iraq," Amiri was quoted as saying. He was referring to the support received by radical Islamist groups fighting the Assad regime, like Al Nusra, which is accused of having links to al-Qaeda.

"These weapons will reach Iraqi chests for sure," Al-Amiri added.

That very same day, Iraqi Prime Minister Nouri al-Maliki repeated his frequent claim that “outside influences” were contributing the growing sectarian strife in his country.

“What is going on in Iraq is connected to what is happening in the region. It is also connected to the results of the so-called Arab Spring and some sectarian policies in the region,” he said during an interview with the Associated Press.

Because Maliki has accused Turkey of meddling in his country in the past, his words were taken as referring to Turkey also. Again on that same day, Hezbollah leader Sheikh Hassan Nasrallah also accused Turkey during a televised address in Lebanon.

He said Turkey, alongside Saudi Arabia, Qatar and the US, is backing Sunni groups in Syria, and suggested that this was also fanning the flames of sectarianism in Lebanon: “There is someone pushing Lebanon quickly into sectarian clashes and working day and night toward achieving this and a clash between Sunnis and Shiites."

Meanwhile, Salih Mohammed Muslim, the head of the Kurdish Democratic Union Party in Syria, joined in the chorus and accused Turkey of deepening sectarian divisions in the region by supporting Jihadist groups in Syria. “The Turkish state is interfering in Syria’s domestic affairs. Turkey is trying to influence the situation in line with its own interests,” Muslim was quoted by Hurriyet (Feb. 28) as saying in Paris.

In the backdrop to all this, we have Syrian Information Minister Omran Zoabi’s Feb. 25 outburst on Syrian television, in which he claimed to have evidence of underhanded Turkish involvement in the Syrian crisis, which he said would be turned over to the UN Security Council.

All of this is seriously out of tune with Davutoglu’s vision of Turkey as a stabilizing power in the Middle East, capable of using its impartiality to mediate regional disputes.

Today, Turkey is no longer a player in the Middle East peace process, and is also being marginalized in efforts to end the Syrian crisis.

Ironically, it was Assad, with whom Erdogan and Davutoglu cultivated excellent ties at the time, who had warned that Ankara’s influence would diminish if Turkey severed its ties with Israel.

So how did Turkey not only end up with fewer friends in the Middle East than it started with, but also landed itself in a position where it is now accused of increasing regional instability? The answer seems to lie in what might be termed the "Islamisation of Turkish foreign policy.”

Take relations with Israel, for example. Amicable ties with Israel have, in fact, always been abhorrent to Turkish Islamists. While Erdogan and Davutoglu’s sympathies were very much in line with this, they nevertheless went against their own grain and tried to maintain working ties with the Jewish state for pragmatic reasons.

Israel’s operation “Cast Lead,” launched in the winter of 2008, however, opened the floodgates of their innate anti-Israeli feelings, within which Israelis also detect elements of anti-Semitism. The result was Erdogan’s famous outburst in Davos in January 2009, in which he accused Israel of being highly proficient in killing Palestinian women and children.

Given the widely acknowledged brutality of the Israeli operation, Erdogan’s sentiments were shared by the larger portion of the Turkish public, while his globally televised dressing down of Israel President Shimon Peres in Davos instantly turned him into a hero for the Arab masses.

Turkish and Western diplomats, however, immediately started calculating the costs of this uncontrolled outburst, the most important of them being the end, more or less, of Turkey’s potential roles in the Middle East peace process.

Many observers saw Erdogan’s Islamist outlook as the main driving force behind his outburst against Israel. It was almost as if he were waiting for an opportunity to lash out at Israel in front of an international audience.

This event also provided an indication of how Erdogan’s Islamism would come to dominate what was a secular foreign policy until the advent of the AKP, one which was essentially westward looking and kept Turkey’s national interests, rather than the religiously driven interests of specific governments, in close focus.

What appears to have happened, particularly after the Syrian crisis, is that the Erdogan government’s Islamist orientation has gone a stage further, resulting in the “Sunnification” of Turkish foreign policy. This may be good for overall “Sunni solidarity” in the Middle East, of course.

It is clear that Ankara’s capacity to be an impartial stabilizing soft power in the region has been vastly reduced as a result of Turkey’s taking sides in disputes, some of which go back centuries. What is worse for its reputation, however, is the fact that the same Turkey that once hoped to be a peace broker in its region is now increasingly seen as inflaming sectarian divisions and fueling instability.

Semih İdiz is a contributing writer for Al-Monitor’s Turkey Pulse. A journalist who has been covering diplomacy and foreign-policy issues for major Turkish newspapers for 30 years, his opinion pieces can be followed in the English language Hurriyet Daily News and Taraf.