The Obama administration intends to continue aid to the Lebanese army to help prevent the spread of sectarian fighting from Syria and to counter the influence of Hezbollah. 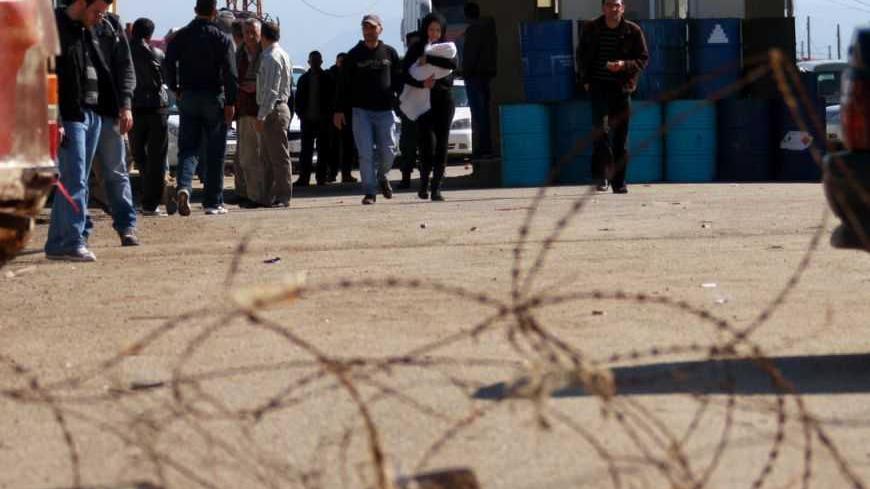 With so much uncertainty in the Levant, the Obama administration is continuing a program of aid and training to the Lebanese army.

The United States considers the Lebanese Armed Forces (LAF) as a wise investment that can preserve American influence and perhaps help Lebanon to prevent the Syrian civil war from spreading into a country that experienced its own prolonged sectarian conflict from 1975-89.

“The LAF can be a model of what can work,” Deputy Assistant Secretary of Defense for the Middle East Matthew Spence told a Washington audience Wednesday [Feb. 20].

While U.S. support for the LAF is comparatively modest — $75 million a year — it provides training as well as weapons and is an important element to “underscore the US partnership” with Lebanon, Spence said.

Lebanon has been affected by the fighting in Syria but so far has not experienced major clashes. There are nearly 300,000 Syrian refugees in Lebanon, according to Spence, who, he said, have “the potential to play a destabilizing role.”

The war in Syria has also reignited sectarian tensions, particularly in the impoverished and predominantly Sunni north. There have been deadly incidents between Alawis and Sunnis in Tripoli that required deft handling by the LAF to defuse.

Hezbollah, still the most powerful military organization in Lebanon as well as the political representative of most Lebanese Shiites, has been accused by the Syrian opposition of intervening on the side of Bashar al-Assad in the Syrian war.

Spence, speaking at the Aspen Institute, noted that the Free Syrian Army, an opposition group, has threatened to cross the border into Lebanon to attack Hezbollah.

Spence suggested that Hezbollah’s support for Assad was hurting its popularity in Lebanon and providing an opportunity for the LAF to be seen by Lebanese as a “credible alternative” to the Shiite group.

While Hezbollah remains overwhelmingly dominant, Spence’s argument may be useful mostly in convincing a stingy U.S. Congress to maintain aid to the LAF especially at a time when automatic budget cuts due to go into effect March 1 will harshly impact overall U.S. military spending.

The LAF remains very much a work in progress and has had to be rebuilt since it disintegrated during the Lebanese civil war.

“This is not an effort that is going to bear fruit in the short term,” Aram Nerguizian of the Center for Strategic and International Studies, said in reference to U.S. support. Iran, Nerguizian noted, has been providing security assistance to Hezbollah for three decades and Hezbollah is Iran’s number one regional partner. The United States, in contrast, has military relationships — many of them far more robust — with multiple partners including Israel, Turkey, Jordan and Saudi Arabia.

The LAF has had to use its limited power carefully and has acted as a kind of fire brigade, deploying special forces and 11 mechanized brigades to prevent minor incidents from escalating.

Nerguizian warned, however, that pockets of the country — especially the North Bekaa area bordering Syria — were becoming “ungoverned spaces.”

In response to a question from Al-Monitor, Nerguizian said that the sectarian composition of the LAF has changed. While the army’s officer corps remains evenly divided between Christians and Muslims, overall “there are several thousand more Sunnis than Shia in the LAF,” he said. Much of the recruiting takes place in the north, an area of high illiteracy and unemployment.

The LAF, in addition to its internal security duties, patrols the so-called blue line between Lebanon and Israel in the south. In 2010, U.S. military aid was temporarily frozen after a Lebanese army sniper killed an Israeli soldier who was cutting down a tree along the border.

Colin Kahl, a senior fellow at the Center for New American Security who previously held Spence’s job, commenting on U.S. aid to the LAF, said “It’s a miracle that we ever got the money turned back on.” He credited the war in Syria.

Barbara Slavin is Washington correspondent for Al-Monitor and a senior fellow at the Atlantic Council. On Twitter: @BarbaraSlavin1.