Cengiz Candar writes that Turkey cannot escape the consequences of the civil war in Syria. 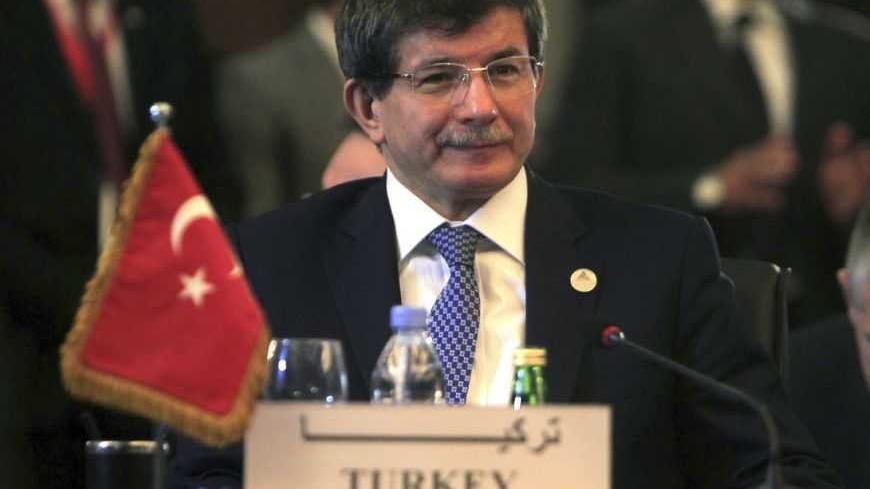 Turkish Foreign Minister Ahmet Davutoglu in a joint press conference with the Greek Foreign Minister Dimitris Avramopoulos lambasted the European Union, United Nations and the international community, which means the United States and Europe. It was all about Syria.

Davutoglu said 70,000 people have died so far in Syria and ironically asked: “Does this have to reach 700,000 to take action?” He then appealed for “More pressure.”

This was a hopeless appeal. Who is going to take action?  EU? The U.N.? Undefined international community with no known sanction mechanisms?  Since none of them has not taken any action until now, why would they do now?

Doesn’t Davutoglu know that his appeal will fall on deaf ears? Of course he does. Therefore, we have to see his appeal not as actually seeking a result, but Turkey’s shifting the responsibility for the bloody panorama in Syria to the U.N. and the West after being harshly criticized by the Turkish public opinion for its Syria policy.

The Security Council couldn’t take any meaningful initiative on Syria because of the Russian and Chinese vetoes. There appears to be no reason for these two countries to change their positions today. To the contrary, one can even say that Russia is becoming a “”key nation” regarding the fate of Syria.

Forget about the EU, U.N. and the international community, which is the United States, ratcheting up their pressures, there is now a tendency to apply pressure toward having the opposition sit down at negotiation table with the regime.

The probability of "meeting with the regime" option that Turkey — in other words, Prime Minister Recep Tayyip Erdogan and Foreign Minister Davutoglu, that is the government — abhors is about to materialize. Syrian Foreign Minister Walid Muallem will soon travel to Moscow. There is also speculation that Moaz el-Khatib, the leader of the new opposition framework Syrian National Opposition and Revolutionary Forces Coalition formed at Doha in November 2012, will also be going to Moscow to meet Muallem.

Some time ago el-Khatib had conditionally said there could be negotiations with the regime and suggested Tunis, Cairo and Istanbul as possible venues for it. A short time after his suggestion, el-Khatib met with the Russian Foreign Minister Sergei Lavrov in Munich.

The most striking feature of Moaz el-Khatib’s remarks that aroused opposition ranks was the omission of Bashar al-Assad’s giving up power as a precondition of sitting down to negotiations with the regime.

Ankara wasn’t pleased with el-Khatib’s proposal. Until Moaz el-Khatib's name emerged and a new opposition structure was put together reportedly with Hillary Clinton’s initiative, the umbrella organization for the Syrian opposition was the  Syrian National Council established in Istanbul under Turkey’s auspices.  But even the SNC reacted strongly to the idea of sitting down with the regime before Assad’s departure.

The strongest reaction came from the  Jabhat al-Nusra, said to be associated with al-Qaeda, which is boosting its muscle power in the field by the day and is not a member of the SNC or the coalition. Jabhat al-Nusra’s commander in Aleppo issued a threat that those advocating negotiating with the regime will be eliminated.

That is why after the car bomb at Cilvegozu border crossing between Turkey-Syria, 60 km from Aleppo, that killed and wounded many, suspicions focused on the usual suspect of Damascus regime. But there were also those who said this was an internal account settling between Syrian opposition fractions.

The words of the SNC President George Sabra in an Istanbul  news conference a day after the bomb attack contributed to speculations that it was actually an internal account settling. Sabra said a delegation of top SNC officials including himself were supposed to be at the site of the bomb attack precisely when the car blew up but they had stopped to get gasoline and some of the delegation had to pray. That slight delay saved them from a certain death as the remote controlled car bomb was meant to hit the delegation, Sabra said.

Syrian territory from the Cilvegozu border crossing to within 40 kms of Aleppo is under the opposition’s control. Of course, that doesn’t rule out the possibility of Syrian intelligence operating in that area. It is also possible that the Syrian intelligence has  infiltrated the opposite ranks. That explains why the blast that had a traumatic effect on Turkey was attributed to as much as the usual suspect Damascus regime to internal conflict of the opposition.

Some of the Turkish commentators who are not aware of the fine points of the Middle East politics, its peculiarities and complexity tried to explain the bomb attack with “Turkey’s wrong policy on Syria from the outset.” Syrian policy is labeled as the Achilles heel of the AKP rule. Whenever there is terror act near or over the Turkish border, those waiting in ambush to criticize the government at any opportunity, don’t lose time to blame the ”wrong Syria policies” and  start listing one cliché after the other.

When asked “what is the correct Syrian policy,” the template answer is usually voiced by the main opposition Republican Peoples’ Party (CHP) as ‘”not to interfere in domestic affairs of Syria and staying away from the Syrian morass.”

But nobody really tells us how this non-interference and avoiding the morass will work out when you consider that the Turkish-Syrian border of 910 kms is mostly a single railroad track, that we have nearly 200,000 Syrian refugees who have escaped the war in Syria and that there masses of relatives living on both sides of the border.

Most of the criticism of the AKP rule is ideological. This is a criticism that alludes to the government’s ”Sunni sectarian character” without saying it in so many words. Turkey is said to be moving along the same path as Qatar and Saudi Arabia and therefore “’Ankara is Washington’s subcontractor in Syria.’

But the reality, ironically, is the other way around. Turkey and the United States are not in accord over Syrian policy. Ankara thinks Washington has abandoned it in Syria.

Turkey is not altogether wrong feeling this way. President Barack Obama in this year’s State of the Union address did not mention “numbered days of Bashar Assad” as he did last year. Erdogan, on the other hand, in his every reference to Syria specially emphasizes this point. As long as Assad remains in power, Erdogan’s credibility, therefore Turkey’s political weight not only in Turkey but also in the region are endangered.

Since Turkey will not directly get involved in a war and Obama is not likely to make a substantial contribution to the opposition, Ankara has to think of how to shorten the reign of Bashar Assad. Syrian opposition’s sitting down to negotiations with the regime and Moscow’s replacing the role of Istanbul in determining the destiny of Damascus are not options AKP government prefers.

That is why Turkey seems to count on opposition achievements in the field. The Syrian opposition is actually scoring gains that would raise Erdogan’s spirits. Al-Thawra dam near Raqqa north of Damascus is now in the hands of the opposition. After occupying an air base near Aleppo, the opposition entered the town of Shehadeh in the province of al Jazeera, 50 kms from the provincial capital of Hasaka. They are now laying siege to town of Deir ez-Zor.

The Turkish government has not until now taken a clear position against Jabhat al-Nusra and its allied organizations. As the influence of this organization increases in northern Syria alongside the Turkish border, Ankara will be confronted with a paradoxical situation of ignoring these developments and supporting the Damascus regime it has been trying to bring down all along.

Then, has Turkey really been on the wrong track in its Syrian policy from the outset by taking a position against the Assad regime and blowing up all bridges to him?

Syrian events go back to March 15, 2011. Until August 2011, Turkey thinking it could be a “valid interlocutor” did not terminate its contacts with the regime and did not give up hope for Assad. Relations eventually waned and after November 2011 they began unraveling.

If there was a mistake, it was not at the outset but somewhere in between. But is there any international actor that has not made mistakes in Syria? We will never know what the correct approach might have been before this affair is concluded.

If Assad regime doesn’t lose Damascus but disappears from northern Syria, that region will still be a neighbor of Turkey. As such Ankara cannot avoid being an actor in every Syrian development.

Even if Washington and Moscow reach an agreement over Syria, geopolitics will always bestow Turkey with a say over Syria.