Since Hamas took power in 2006, Salafists in Palestine have been disappointed by its reluctance to impose an Islamic emirate, writes Adnan Abu Amer. 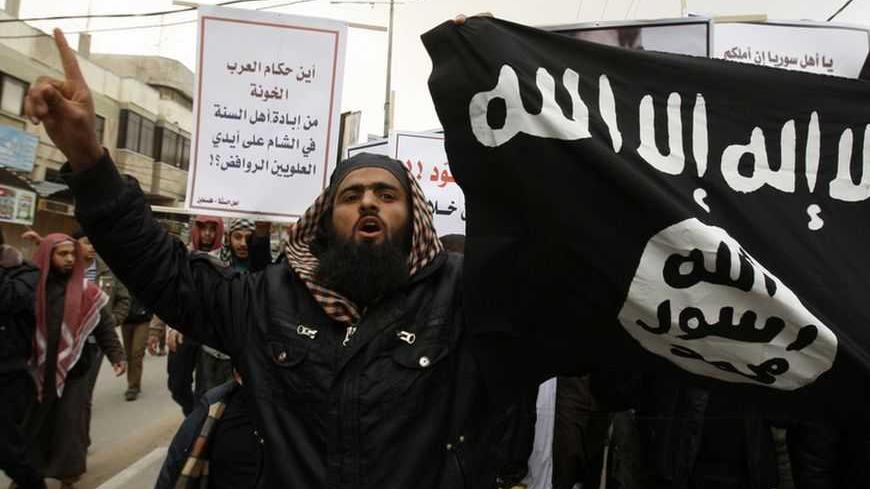 From the very first day after Hamas won the legislative elections in early 2006, the decision-making circles of some neighboring countries feared that an "Islamic emirate,” as they called it, would be established on Palestinian lands.

Subsequent events revealed that Hamas did not establish an Islamic emirate in Palestine, nor did it enforce Shariah law either regionally or internally, out of a desire not to draw, at that particular stage, the ire of factions hostile to it. But by so doing, Hamas provoked the anger of extremist Islamic movements, which believed this inaction belittled their desire to impose a long-lost religious obligation.

Throughout its 25-year history, Hamas has succeeded, to a great extent, in merging nationalism and religiosity, as well as political discourse and Muslim thought. Yet, the current atmosphere has led to the rise of religious movements that want to adopt an Islamic discourse that transcends that of Hamas. They focus on the jihadist religious aspects at the expense of Palestinian political nationalism, and justify doing so by saying that the roots of the ongoing problem can be traced to the old historical conflict between Islam and Judaism.

Since the early days of Hamas’ entry into the political arena, it has espoused moderate leanings, and did not hasten to impose Shariah Law or establish an Islamic state. Its political performance and its behavior in society supported this observation, despite the urgent appeals by its members for the adoption of broad rules of conduct. But Hamas’ Muslim scholars exhibited a greater audacity than their counterparts in other Islamic movements by issuing religious edicts that suited Hamas’ interests alone.

While Hamas entrenched itself on the Palestinian Islamist scene, the political scene underwent a qualitative change that saw an increase in the influence of Salafist factions. Despite the fact that the shift toward Islamism started at the onset of the 1987 Intifada, the current change among Islamists has come in favor of their Salafist offshoot.

Many Salafist movements appeared on the scene to call for the establishment of an Islamic emirate, with some of them rising to the forefront in a manner that might cause Hamas some concern. Most prominent among these movements are the Army of Islam — Tawheed and Jihad Brigades, which just released its founding statement and declared its allegiance to al-Qaeda; the Nation’s Army — Ahlu Sunna Wal Jama (The Companions of the Prophet), which issued an urgent appeal for all Salafist factions to unite and repel the attack perpetrated by the “Crusaders,” the Jews and their supporters; and the faction commonly known in Gaza as “Jaljalat,” which is composed of ultra-religious youth, whose activities started at the beginning of Hamas’ reign in Gaza in 2007, but whose influence and number of supporters has grown, following their bombing campaign against Internet cafes several years ago.

Many other Salafist factions have issued their own statements, such as the Swords of Righteousness Brigades — The al-Qaeda Army, led by Abu Sahib al-Makdissi; Junud Allah and the Islamic Front for the Liberation of Palestine, as well as other factions whose presence on the ground has not been ascertained, such as the Tawheed and Jihad Legions, the Islamic Army of Jerusalem, the Jihadists of the Islamic State of Palestine, Fatah al-Islam, Osbat al-Ansar and the Swords of Righteousness. Furthermore, the most prominent Salafist leader has called for the merging of all Salafist-jihadist groups into one faction called “the Brigades of Tawheed and Jihad,” which would have a single unified command.

The causes behind their proliferation

All of these Islamist movements are located in the West Bank and Gaza Strip. While Hamas succeeded in minimizing their visible presence, these movements are but the tip of the Salafist iceberg. Some expect their numbers to increase, either because of divisions that will take place in their midst, or the spawning of more of them as a result of the religious changes that Palestinian society is currently undergoing.

A number of different factors helped in the proliferation of the Salafist jihadist phenomenon in the Gaza Strip. Most important among these was the political atmosphere, in which the Salafists began to preach that elections were a sin that served to make people comply with laws other than God’s, and led to the acceptance of an “ungodly democracy." The relationship between Hamas and Fatah during different stages of the unity government, the warring between them and the Mecca Agreement all served to spread Salafism among Hamas’ members, at a time when the Salafists accused Hamas of “corrupting the doctrine, siding with the secularists and resorting to earthly laws.”

The truce with the Israeli army and Hamas’ occasional abandonment of military activities created a misconception among these Salafists, who felt that Hamas had forsaken the resistance. Some of them even went so far as to accuse Hamas of doing so to gain political favor, which they considered a manifestation of its leaders' lack of religious faith, desertion of principles and loss of hope for internal reforms and change.

The economic situation further fueled the rise of Salafists. The siege imposed on Gaza and the hardships that Gazans endured as a result drove some of them to accuse Hamas of causing the crisis, while smooth talkers and instigators exploited the harsh situation to influence the young and unemployed.

On an educational level, the lack of religious teaching helped in the proliferation of Salafist elements, as the youth were left ill-versed in jurisprudence and the objectives of Shariah. This was a situation that was further exacerbated by the lack of popular justification and explanation for the contentious accusations that Salafists levelled at Hamas in their teachings and bulletins.

The Palestinian Salafists, or “Binladenists,” whose resistance efforts were confined to the occupation, blamed the Muslim Brotherhood for not calling for worldwide jihad against the “infidels.” They considered Hamas to be a national movement that participated in legislative committees, more than a legitimate “Islamist movement” that ruled through Shariah. These Salafists’ rise came as a result of them calling for a return to the “jihadist approach,” the rejection of political and legislative platforms and compliance with Shariah instead of worldly laws. They also harshly criticized Hamas for not declaring the establishment of an Islamic emirate.

The prevailing belief is that Salafist organizations existed in Gaza only as secret, dormant cells that sprung to life and entrenched themselves during the second year of the al-Aqsa Intifada, when they took advantage of the movement's momentum and militaristic nature, the collapse of the Palestinian Authority’s security apparatus, the fact that large numbers of their members took part in resistance operations and the constant internal bickering and conflict among the different Palestinian factions.

But news of their existence was intentionally suppressed due to a fundamental difference between their ideology and that espoused by the Palestinian regime under the late president, Yasser Arafat. Their presence as organizations connected to and allied with Salafism was also hampered by the fact that the Palestinian Authority’s security agencies were both powerful and effective, maintaining intelligence and security coordination with Israeli as well as some Arab security agencies.

The beginnings of the intellectual and religious dispute between Hamas and the Salafists, especially on the issues of establishing an Islamic state and implementing Shariah, can be attributed to the public statements of some Salafist leaders who objected to Hamas’ respect for international conventions, its rule based on a “secularist worldly” constitution and its abiding by the Oslo Accord, which resulted in the relinquishing of more than three quarters of Palestinian lands to the Israelis and the implicit recognition of Israel’s existence.

But the relationship between Hamas and the Salafists truly worsened when the former announced that it was not seeking to Islamize Palestinian society, and was not demanding that the political arena be governed by Shariah Law during its reign. Furthermore, the Salafists were not convinced by Hamas’ policy of “gradually” implementing Sharia Law.

Hamas tried to regain the initiative in two ways — first through “ideological orientation,” whereby it sent its clerics to the mosques in order to “raise awareness” among young people who were attracted by Salafist ideals. It also aimed to control infiltration and the smuggling tunnels, and began to “intellectually rehabilitate” Salafists whom it arrested, following their declaration of the establishment of an “Islamist state." Tens of them were later released after being “rehabilitated” and promising to never again conduct activities that might destabilize society or adversely affect the lives of the people.

In addition to the intellectual aspect, Hamas adopted security measures, including surveillance operations and arrests, in an attempt to regain the mosques through which Salafist organizations had tried to spread their ideals. All of this means that, both as a government and a movement, Hamas’ relationship with the Salafists went through many phases and periods of tension, confrontation and waiting.

Adnan Abu Amer is Dean of the Faculty of Arts and head of the Press and Information Section as well as a lecturer in the history of the Palestinian issue, national security, political science and Islamic civilization at Al Ummah University Open Education. He has published a number of books on issues related to the contemporary history of the Palestinian cause and the Arab-Israeli conflict. Follow him on Twitter @adnanabuamer1.