Some Iranian conservatives seem to view the latest round of talks with the P5+1 as a win, writes Meir Javedanfar, who predicts that the supreme leader and his supporters will claim that the world has acknowledged Iran's strength. 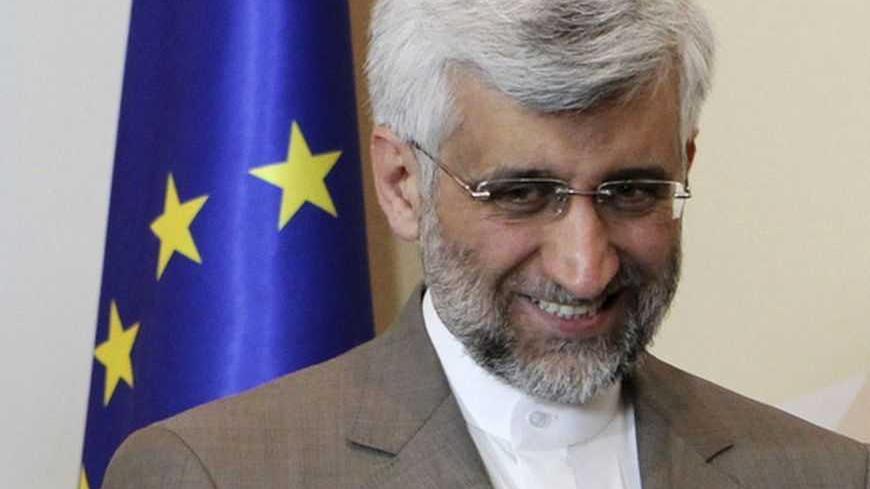 After eight months of resistance by the people of Iran against excessive Western demands, finally the P5+1 agreed to negotiate within the framework of Iran’s recommendation in Moscow. This development is a major step in the negotiation process and a victory for the people of Iran.

Mashregh is close to the hard-line wing of the conservative Osulgarayan faction, which is also close to the Islamic Revolutionary Guard Corps. Its view that the latest round of negotiations can be seen as a victory by Iran is right. It is a victory, albeit a limited one.

According to Laura Rozen’s report from the talks in Almaty, Iran was offered more than in the previous rounds in Baghdad and Moscow. For example, in the latest round of negotiations, the updated P5+1 proposal “would allow Iran to keep a certain amount of its 20%-enriched uranium needed for medical use.” This could be viewed as a victory for Iran, as the P5+1 has now backed off from its initial demands that Iran ship out its entire stock of 20%-enriched uranium.

Furthermore, the updated P5+1 proposal calls for the “suspension” of enrichment to 20%, whereas in previous rounds it called for Iran to stop enrichment at Fordow and to close down the site.

In its article, Mashregh attributes Iran’s strengthening position against the West to what it sees as Iran’s successes during the past eight months since the last round of negotiations in Moscow. These include the Non-Aligned Movement conference in Tehran which took place last August. Mashregh also cites Iran’s progress in science and its economy, such as the value of the Tehran Stock Exchange increasing by 62%. It also goes on to include the participation of the Iranian public in pro-government demonstrations celebrating the 34th anniversary of the Iranian revolution.

Such a message is likely to be used by the supreme leader and his supporters to say that the P5+1 has acknowledged Iran's strength, and that this is why the group has improved its offer since the last time.

Furthermore, the new and seemingly improved offer from the P5+1 comes at a good time for Ayatollah Ali Khamenei. With infighting increasing within the senior ranks of the regime, the latest offer could distract attention away from President Mahmoud Ahmadinejad’s shenanigans.

What's equally important is the fact that although the new offer is better than the previous ones, it still falls short of Iran’s demands of an end to sanctions, which is very likely to make it easier for Khamenei to reject the latest compromises.

In fact, one could say that Khamenei is lucky that the P5+1 did not make a much better offer, one that would be harder for him to reject. Had that happened, it would have placed Khamenei in a serious bind. Rejecting such a deal would have made it far easier for the US to isolate Iran and for the EU to impose additional sanctions, while accepting and reaching a deal with the P5+1 would have handed Ahmadinejad a victory right before the upcoming presidential elections. Were that to occur, Ahmadinejad could use it as a tool to boost the stance and credibility of his own candidates. He would also be able to use an agreement with the P5+1 during his term as president as a tool to openly confront his opponents within the regime with more vigor, something which Iran’s supreme leader does not want.

In the long run, however, the economic and political pressure on Iran's supreme leader is unlikely to abate. Iran's economy is in the doldrums while the regime's isolation is growing daily. Khamenei seems to believe that time is on Iran's side. According to his speech on October 10, 2012, he believes that “it is the West which has economic problems. They should know that the Islamic Republic will overcome these problems and they will again regret losing to the people of Iran.” In other words, it seems as far as Iran's most powerful man is concerned, the regime will ultimately withstand the sanctions, and it is the West who will ultimately dismantle them because it can't live without Iran's oil. So it's worth Iran's while to wait for now. Once the West returns with cap in hand, Iran can then call the shots.

In reality, this is very unlikely to happen. The EU has learned to live without Iran's oil. The Chinese and the Russians are in no hurry to help Iran break out of the sanctions, as both are using them to their own advantage.

Once the presidential elections are over, Khamenei will have to make some tough choices. What could make the situation far worse for him is that if the P5+1 does offer a better deal, such as lifting oil sanctions. In return, Iran would be asked to close down Fordow and ship out all of its 20%-enriched uranium as a first step to a larger deal. Refusal to do so could create renewed infighting within the regime, something Khamenei is hoping to see the end of once Ahmadinejad leaves office.

The P5+1's failure to produce a more enticing offer has helped Khamenei until recently. In fact, one of the reasons why the latest offer can be viewed as a limited victory for Iran is because the two previous offers by the P5+1 have been so poor, there was nowhere to go but up.

Meir Javedanfar is an Iranian-Israeli Middle East analyst. He teaches the Contemporary Iranian Politics Course at the Interdisciplinary Center (IDC) in Herzliya. He tweets as @Meirja.