Some groups, including the March 14 Coalition, mistrust that the Orthodox Electoral Law will improve the political scene, reports Elie Hajj. 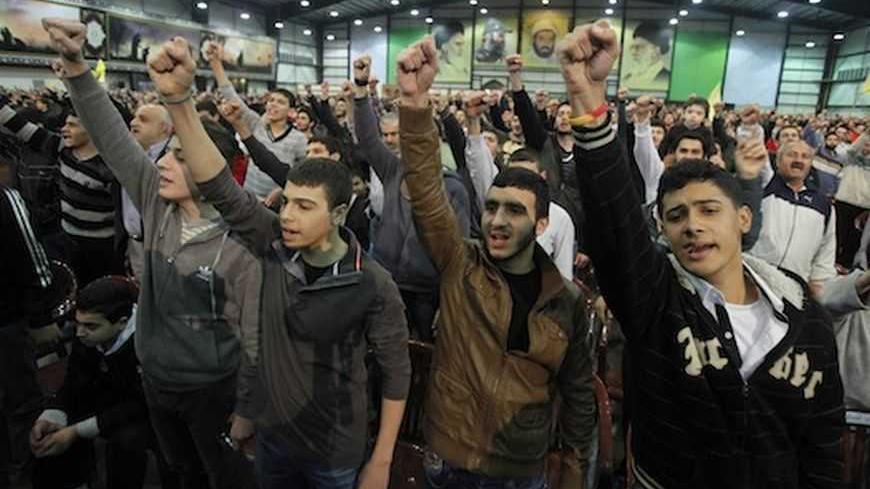 The proposed Lebanese electoral law is quickly making its way forward in advance of the parliamentary elections scheduled to take place in June. The law would stipulate that the people of Lebanon can only vote for people from their own religious sect.

The proposal was approved during deliberations between the joint parliamentary committees on Tuesday [Feb. 19] and is ready to be put to the vote by the Parliament General Authority. Lebanon finds itself today at a crossroads in its modern political history that's set to shake up political alliances.

The proposal is dubbed the “Orthodox Gathering,” in reference to the political group affiliated with the Orthodox Christian community, headed by former deputy speaker Elie Ferzli, who supports the Syrian regime and Hezbollah.

This proposal, which seems strange and provocative at the first glance, would not have drawn this much attention compared to other electoral laws had it not been approved during a special meeting chaired by the head of the Maronite Church, Cardinal Bechara al-Rai, that included the “rival brothers” — the leaders of the largest Maronite parties: Michel Aoun (Free Patriotic Movement), Samir Geagea (Lebanese Forces Party), Amin Gemayel (Kataeb Party) and Suleiman Franjieh (Marada Movement).

During that meeting, Geagea surprised the attendees by putting forth the Orthodox Gathering proposal, which was agreed on by the other parties out of an array of proposals. They agreed that each party would contact its allies (Aoun and Franjieh would contact the Shiites in the March 8 Coalition, while Geagea and Gemayel would get in touch with the Sunnis in the March 14 coalition) to gather the necessary votes to approve the draft in parliament.

Based on the Orthodox Gathering proposal, Lebanese Christians (who comprise 38% of the residents according to electoral lists) would be entitled to representatives in parliament through their owns votes alone. Christians in Lebanon have long complained about unfair representation in spite of their widespread distribution across the country.

According to the previous electoral law, which was established in 1960, Lebanon was divided into 26 electoral districts, dominated by mostly Muslim and Druze voters. This had placed Muslim leaders in the position of choosing whomever they wished out of the Christian leaders for their large parliamentary blocs. The victories of Christian members of parliament (MPs) required their alliance with Muslims.

The idea of separation from Muslims gained enthusiasm among some Christian circles, especially the more partisan ones. The concept provided fertile ground for applying the provisions of the Taif Accords, which were negotiated in Saudi Arabia and put an end to the Lebanese civil war (1975-1990), and had provided Christian MPs with half of parliament seats (64 MPs out of 128).

The biggest surprise, however, was when Hezbollah informed its ally Aoun that it approved the Orthodox proposal, and would seek to convince its allies to follow suit — especially the Amal Movement, led by Speaker Nabih Berri — so that the proposal could be passed in parliament to be applied four months from now.

Hardliners in the March 14 coalition told Al-Monitor that elections based on this law would give Hezbollah and its allies a large majority in the next parliament, which could exceed 85 deputies. They fear this new situation would allow Hezbollah to rule Lebanon, form a government with its allies and determine state policies during the coming period.

Members of the March 14 alliance — particularly those belonging to the Future Movement, which represents the majority of Sunnis — were in a state of alarm and shock during the voting session of the proposed law, which will reduce their influence and exterminate the March 14 coalition, in which the Future Movement has the greatest clout.

When MP George Adwan of the Lebanese Forces bloc, led by Samir Geagea, stated that his party has fulfilled its obligations, March 14 deputies felt as though they had been misled and deceived for months. This party had always asserted to its allies that it would not abandon them, especially since they are stuck between Hezbollah and pressures by radicals from within the Sunni community. The issue is now greater than an appropriate electoral law.

What increased their distress is a proposal made by the leader of the Future Movement, former Prime Minister Saad Hariri, on the eighth anniversary of the assassination of his father Rafiq Hariri. The proposal involved a comprehensive offer to the Christians that would reinforce their presence and influence in the state and in public life. He proposed the establishment of a senate in which sects would be represented according to the Orthodox proposal. The country would be characterized by small constituencies, administrative decentralization and a neutral stance. Most importantly, he stressed his commitment to seeking the establishment of a modern civil state that would lead to the legalization of optional civil marriage, which his late father had rejected.

Most of these reforms were included in the Taif agreement, but they were never enforced despite the Christians' demands for 25 years. Moreover, Hariri vowed not to intimidate the other Lebanese sects after the fall of the Syrian regime, which he said was inevitable.

Hariri’s attempt failed to change what happened. The Future Movement accepted the proposals of its (probably former) Christian allies — the Lebanese Forces and Kataeb Parties — to divide Lebanon into 50 constituencies, and later, upon their insistence, agreed to a mixed electoral system based on both majority and relativity. But sources from both Christian parties told Al-Monitor that the approval came too late, and so they approved the Orthodox Law. As a result, the three-party coalition among the March 14 constituents has ceased, at least for the foreseeable future.

The draft law still faces major obstacles. There are signs that Prime Minister Najib Mikati would rather resign than sign the bill, which he believes would undermine co-existence between the Lebanese people, and which his sect strongly opposes. The president also rejects the bill, and might only sign it so as not to be accused of hindering the elections. He might challenge the bill at the Constitutional Council after its issuance. Sources close to the prime minister assert that the Constitutional Council would rule against the law and consider it unconstitutional, which would take matters back to square one.