The Likud's poor showing in the elections has left Prime Minister Benjamin Netanyahu with only a few portfolios to distribute among his own party's members, writes Mazal Mualem. 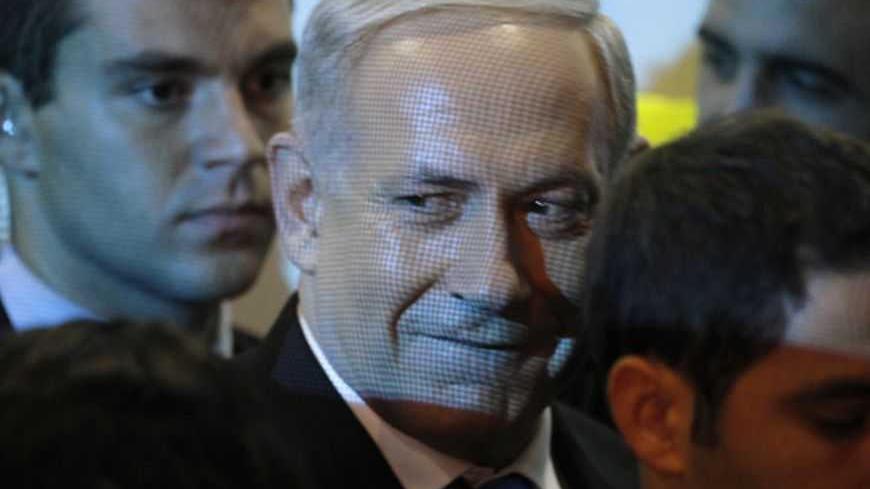 “You will be prime minister, but the Likud will not be the ruling party” — this angry prophecy was uttered by a top Likud minister in the ears of Prime Minister Benjamin Netanyahu about three months before elections, and a few hours before the Likud — Yisrael Beiteinu merger was officially declared.

“If you go with [then-foreign minister Avigdor] Liberman, you will lose the centrist votes that can be yours. It can cost us as much as ten mandates,” the minister warned. But his words evaporated in the euphoric atmosphere that Netanyahu created; Netanyahu was certain that he had forty secure mandates in hand.

Now, as Netanyahu’s coalition-building efforts become more and more entangled and problematic, the minister’s prophecy seems right on target. While Netanyahu ensured the prime minister role for himself, he left the Likud party powerless and torn to pieces from infighting among its top echelons over the few positions that remain for distribution after the coalition partners receive the most sought-after portfolios.

The atmosphere in the Likud is harsh, morale is low and anger at Netanyahu gathers strength as coalition negotiations drag on. The election fiasco and its repercussions only become clearer with time. Don’t let the current silence on the part of Likud officials mislead you; it is mainly the result of justified concern over quarrelling with the prime minister just before he hands out the portfolios. But these voices will not remain silent forever. Immediately after the Likud portfolios are handed out, the have-nots will raise their voices — and there will be quite a few of these.

But as time goes on, it becomes clear that even the portfolio distribution is an easy part of the story. Netanyahu’s real problem is his loss of control over setting the goals and policy of his third government. On the eve of late prime minister Yitzhak Rabin’s victory in 1992, when he garnered 44 mandates for the Labor party, he announced, “I will navigate” — and carried through on his promise. By contrast, Netanyahu holds a mere 31 mandates in a joint list with Yisrael Beiteinu. Thus he is destined to be a prime minister navigated by others; it is all in the numbers.

More than three weeks have passed since the elections, and Netanyahu still has no idea what the composition of his government will be. What is clear is that he will be forced to make far-reaching concessions in the economic, civil and diplomatic spheres — no matter what coalition he forms.

If it will be an ultra-Orthodox-Labor government. Netanyahu will have to change his skin in order to concoct an agenda that will satisfy Labor Party Chair Shelly Yachimovich, the one they call the “Marxist” in the Likud. Yachimovich will demand the Treasury and not compromise on the state budget. Netanyahu and Yachimovich talk in different economic languages; they are polar opposites. But Netanyahu’s dire straits have recently led him to intensify his efforts to convince Yachimovich to join his government.

According to recently disseminated news items that were not denied, Netanyahu offered Yachimovich the Finance Ministry and even promised her the renewal of the diplomatic process. With Yachimovich inside, together with Hatenua leader Tzipi Livni and Kadima Chair Shaul Mofaz, Netanyahu can recover from the headache he got from the Yesh Atid Chair Yair Lapid-Habayit HaYehudi leader Naftali Bennett alliance. This alliance was formed after the elections, to ensure joint admission (or joint non-admission) to the coalition.

We clearly recall how Netanyahu marketed his alliance with Liberman. At the time, he explained to everyone on every street corner how it was a powerful, winning combination that would limit the extortion politics of the parties and enable him to rule. Today, it is hard not to shake our heads in disbelief.