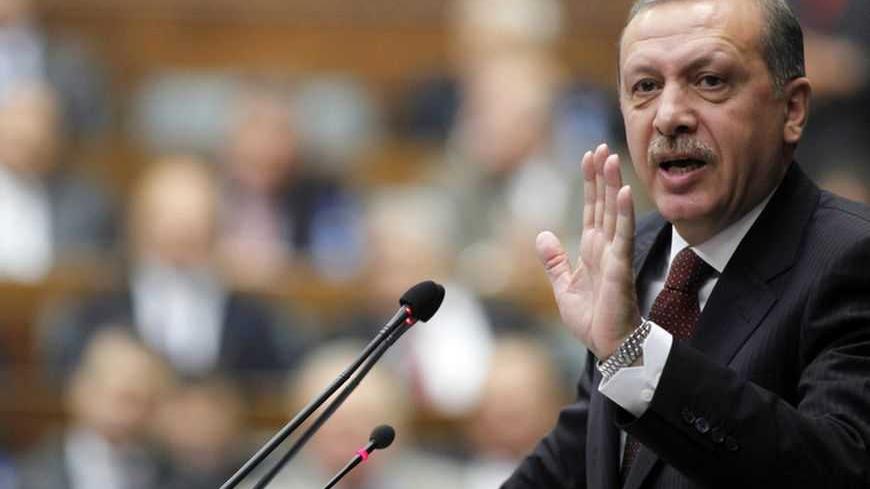 All four political parties represented in the Turkish parliament want a new “civilian” constitution to replace the one imposed by a putchist military 31 years ago. The problem is that the same four parties that agree to "no’’ on the September 12 military constitution cannot agree to "yes" on a new draft constitution.

There are two main reasons for the discord. The first is Prime Minister Recep Tayyip Erdogan’s desire to replace the Turkish parliamentary regime with an executive presidential regime on his own terms. A proposal for Erdogan’s “à la carte” authoritarian presidential system has been submitted to the parliamentary Constitutional Reconciliation Commission.

There is no doubt that if Erdogan submits a draft putting the choice of a presidential system to a referendum — and if it is approved — his goal will be to take his place in history as the first executive president of the Turkish Republic. This is the challenge confronting the parliamentary opposition.

The presidential system proposed by Erdogan envisions a majoritarian and authoritarian regime. Through it, a president endowed with excessive powers will dominate the executive and have supremacy over the legislative and judicial branches. A minimal of checks and balances will not remain. Judicial independence will be terminated.

For the opposition, the most important negative aspect of the proposed regime is that unlike in the current parliamentary system, political parties short of majority support can nonetheless share in governmental power. They would be stripped of such an opportunity in a presidential system in a divided, polarized and heterogeneous society.

This is the anxiety of the main opposition, the secularist Republican People's Party (CHP), and the other opposition party, the far-right Nationalist Movement Party (MHP).

The second reason for discord is the omission of Turkishness from the part of the constitution defining citizenship. Its inclusion until now had blocked resolution of the Kurdish issue, and its omission is a demand of the Kurdish Peace and Democracy Party (BDP). A neutral definition of citizenship cleansed of references to being a Turk does not disturb Erdogan’s neo-Islamist Justice and Development Party (AKP), but the secular nationalist CHP and Turkish nationalist MHP are not comfortable with such a change.

On the other hand, the AKP does not control enough seats in the parliament to enable it to unilaterally draft a presidential-system constitution and submit it to a referendum. To do so, it needs to control 330 seats in the 550-member parliament, but has only 326, thus lacking four. To overcome this mathematical hurdle, the AKP has two options: One is illegitimate according to political ethics, while the other is not.

The illegitimate approach is to resort to what in the Turkish political lexicon is called the the "parliamentary bazaar.” The AKP, in need of at least four more seats in parliament, could lure them with a variety of incentives. It may, however, require many more than four new members if one can believe rumors that in secret parliamentary balloting for the new constitution some members might break with party discipline and vote against the measure. In such a situation, Erdogan's only option is to collaborate with the Kurdish party if he continues to insist on an executive presidential system.

A statement Erdogan made the previous week on his way home from a tour of central Europe was enough to shake up the agenda. He said, "If we can agree with the BDP on a referendum, then we can take joint steps with them.” The next day, the BDP co-chair, Selahattin Demirtas, said in the same context, “The party we are close to is the AKP.’’

The Kurdish party is not, however, a party of Turkey. Its members view issues from a local perspective and attach priority to securing their ethnic demands, which are neutral citizenship, education in one's mother tongue and decentralization — that is, achieving some of their demands for autonomy by empowering local administrations.

To partially satisfy Kurdish demands through a new constitution is one the key elements of the AKP’s peace initiative toward the Kurdish movement that it labels the “disarming of the PKK [Kurdistan Workers Party].’’ Erdogan is most eager to hear the PKK's decisions on a cease-fire and disarming. His impatience is understandable because he will be facing voters in a series of ballots until 2015, led off by the constitutional referendum. The prime minister wants to approach these contests as a successful leader who ended the war between the Turkish state and the PKK. A constitutional draft that introduces a presidential system and partial fulfillment of the Kurdish demands would deserve to be known as a “AKP-BDP constitution.’’

What we are living through is this: Two major elements of the country — the religious and the Kurds —  both marginalized by the modern Turkish republic established by Ataturk, now want to set up their own regimes through their own political representation.

If it works out, the formula for an AKP-BDP constitutional reconciliation will occur like so: The BDP will support the presidential regime Erdogan wants, and the AKP will approve a constitution that meets Kurdish demands. In short, the formula will be a combination of a peaceful settlement of the Kurdish issue and an authoritarian regime that will concentrate all powers in the hands of a single person.

Such a set up would appear to be paradoxical and hard to accept by Turkey’s democrats, who believe that a peaceful settlement of the Kurdish issue will automatically democratize Turkey. Is there really a contradiction, however?

True, applying decentralization, allowing use of the Kurdish language and releasing Kurdish prisoners will not eradicate the authoritarian features of an authoritarian presidency. AKP spokesmen — visibly uncomfortable with the equation “Kurdish demands in return for presidential regime” and the press' use of the label “AKP-BDP constitution"  — are now saying they their party has not been bargaining with the BDP and that their aim as well is a constitutional draft agreed to by all four parties.

As long as Prime Minister Erdogan insists on an authoritarian presidential system, however, he is not going find another party to deal with except the BDP.

Kadri Gursel is a contributing writer for Al-Monitor's Turkey Pulse and has written a column for the Turkish daily Milliyet since 2007. He focuses primarily on Turkish foreign policy, international affairs and Turkey’s Kurdish question as well as Turkey’s evolving political Islam.