The yearly argument over the budget in Iraq has yet again come to the fore, as the parliament cannot decide on what proportion to give to each of Iraq’s regions, writes Omar al-Shaher. 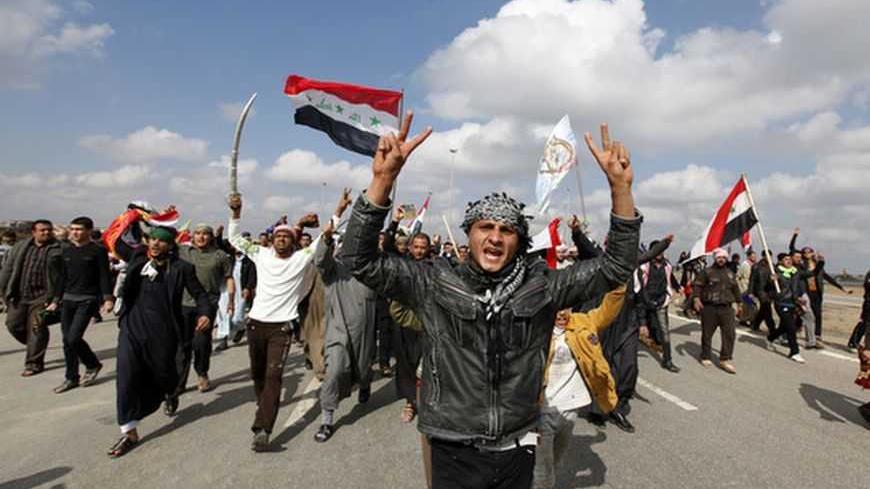 For years, Iraqis have been accustomed to discussing the annual budget twice: when the parliament endorses the budget discussions, and when the provinces announce their shares. In any case, the public is angry, criticizing the political conflicts that hamper ratification and the bureaucracy and corruption that impede the buget's disbursement.

Recurrently, discussions of these two subjects coincide, as is happening this month. As Iraqis wait impatiently for the parliament to ratify the 2013 budget, information spreads around the capital about the failure of many provinces to spend their shares of last year’s budget.

For the last three weeks, the Iraqi parliament has delayed voting on the 2013 budget amid a bitter dispute regarding the share of the semi-autonomous region of Kurdistan. The State of Law Coalition, led by Prime Minister Nouri al-Maliki, is trying to slash this share from 17% to 12%, which has led to vehement Kurdish objections.

An informed source in the province of Nineveh, which contains the second largest city in Iraq, said that “the local government of the province has failed to spend around $6 billion of its $10 billion share in the 2012 budget.” The Sunni-majority province, a laggard in services and infrastructure expenditure, has spent less than half of its allocation.

Speaking on condition of anonymity, given the delicacy of the matter, the source said that “Nineveh has put off the amounts it couldn’t spend til next year; that is what happens every year in the province.” The source attributes this failure to the bureaucratic mechanisms which specify projects that are needed, in addition to security instability resulting from being the stronghold of former Iraqi army officers.

Heading south, the situation is no better. The Shiite-majority Diwaniya province has spent only 50% of its allocation, even though it contains around 1,000 villages lacking the most basic amenities.

The local government of Diwaniya is blaming the Iraqi parliament for the delay in ratifying the budget. Key officials in the province say that “the Iraqi fiscal year equals a few months, yet the political conflicts completely consume the four months of every fiscal year.”

The share of the 2012 budget allocated to Diwaniya province was less than $2 billion. The local government has repeatedly asked for it to be raised, since it is one of the poorest provinces.

The townships and districts of Diyala province, which is characterized by religious and ethnic diversity, have no clue about their allocations.

It has proven hard to follow up on the budget share of this province since the key officials, as religiously diverse as they are — Shiites, Sunni and Kurds — use this subject to exchange accusations over the failures to enhance services.

Even with a $2.5 billion share of last year’s budget, the officials of Diyala province say that such an allocation will have little effect on a province that has suffered from years of violence, without seeing the implementation of any reconstruction projects.