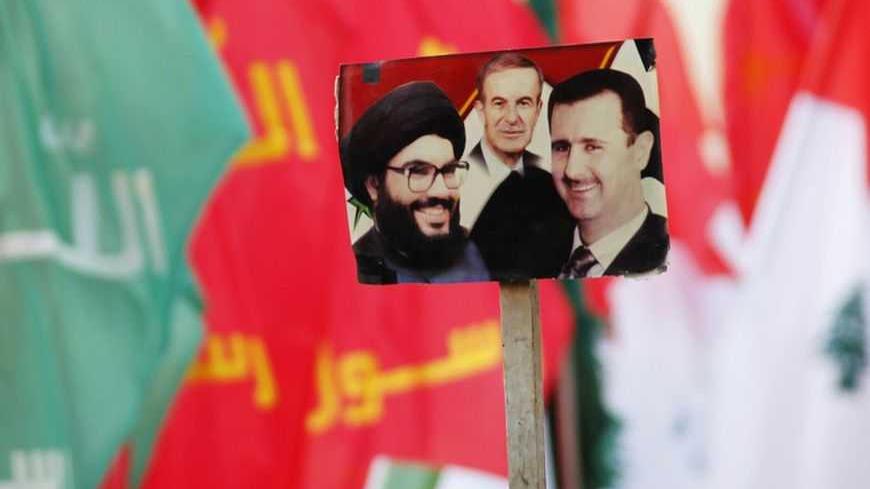 Hezbollah is fighting in Syria, killing civilians, bombarding towns, and occupying Syrian villages. So says the Syrian opposition in a statement released on Feb. 18 amid fierce clashes that erupted a few days earlier on the Syria-Lebanon border.

According to the Syrian National Council (SNC), members of Hezbollah attacked "three Syrian villages in Kusair, near the Lebanese border, employing heavy weapons openly and under the auspices of the Syrian regime army." In the same statement, the SNC said it regards Hezbollah’s actions as a "serious threat to Syrian-Lebanese relations and regional peace and security," adding that the Beirut government has a responsibility to end this "aggression."

The SNC’s statement came as a Lebanese security source requesting anonymity revealed to Al-Monitor that three Hezbollah members had died in clashes on the northeastern border with Lebanon. The source added that 12 Syrian rebels had been killed in Kusair, which, although in Syria, has a majority Lebanese Shiite population.

Until March 2011, Hezbollah had been the most popular non-Syria organization in the war-torn nation. Posters of Hassan Nasrallah, the organization's charismatic secretary general, were everywhere. To many Syrians, he was "The Inspirer." The opposition accuses Hezbollah of having been in the muck from the first day of the Syrian revolution, helping the army crack down on demonstrators and otherwise meddling in Syrian affairs. Hezbollah has repeatedly denied allegations of military involvement, but at the same time has also made it clear that it supports the regime of President Bashar al-Assad while calling for dialogue and reforms.

With Hezbollah's role in Syria being scrutinized, every word, reaction, and dead member mourned has been put under the microscope by the Syrian opposition and its supporters in the region, especially in Lebanon. Pictures once posted in support of Hezbollah’s leaders in some areas have been set on fire, as yesterday's inspirer has now become a foe and aggressor.

The first red flag appeared in October 2012, with the public mourning of Hezbollah member Ali Hussein Nassif Shamas, who was killed in Syrian along the Lebanese border. At the time, Secretary General Nasrallah said during a televised speech that Nassif (aka Abu Abbas) had been killed in a Syrian border area populated by Lebanese that was frequently targeted for bombardment by Syrian rebels.

According to Nasrallah, "There are 23 town and 12 farms inhabited by Lebanese inside Syria; nearly 30,000 Lebanese live there." He then asserted that young men in the area had decided to defend themselves, and their families, and not the Syrian regime. "I can't prevent anyone, whether they belong to Hezbollah or not, from staying in the border areas,” said Nasrallah."If there ever comes a day when our responsibility demands that we fight in Syria, we will not conceal that, but there is no such thing at the moment."

Since the beginning of the conflict, Hezbollah has mourned several members, declaring that they had died performing their "jihadist duty." This has raised questions in Lebanon, particularly among the opposition factions, which have accused Hezbollah of driving Lebanon toward an uncertain fate if it continues to support Assad's regime. Former prime minister Saad Hariri had in late 2012 accused the Shiite group of committing crimes in Syria, and others have suggested that Islamists within the Syrian opposition might respond to Hezbollah’s intervention by attacking the organization's south Beirut stronghold, a scenario with the potential to lead to bloody, Sunni-Shiite sectarian strife.

When asked about the current situation, a Lebanese security source in Beirut played down the warning signs, saying, "This is part of the Lebanese internal struggle for power," while also not denying the presence of Hezbollah members in the state next door. According to this source, Hezbollah's operation in Syria has been dedicated to two main goals: "defending Shiite shrines in Damascus, and this involves a supervisory role," and securing the organization’s arms transportation route. He candidly stated, "Hezbollah is concentrating nowadays on transporting as many weapons as they can before Assad falls." He added, "This might be the last chance for both the regime in Syria and Hezbollah to transfer strategic weaponry and this might be the main reason behind the Israeli air strike two weeks ago."

On Jan. 31, Israeli jets attacked a target near the Lebanon-Syria border. The Syrians said the missiles hit a military research center in Jamraya, northwest of Damascus, but reports in the Israeli media said the target had been a convoy of trucks transporting weapons destined for Hezbollah in Lebanon. It might be that Israel wanted to send messages to Hezbollah and the Assad regime clearly indicating its seriousness and preparedness to do whatever is necessary to prevent potentially game-changing weapons from crossing borders.

On Feb. 17, Nasrallah issued his first public comments after the Israeli strike, telling supporters, "Hezbollah is now fully equipped, and everything we need is stored in Lebanon. We don't need to transfer it neither from Syria, nor Iran.”

Nasrallah is known for choosing his words carefully. Was his response to the strike "too little, too late"?