As Algerian authorities continue to assess the security situation in the country’s southern regions, the afflicted Amenas gas plant prepares to resume its activities following the terrorist attack on Jan. 16, 2013, reports Kaci Racelma. 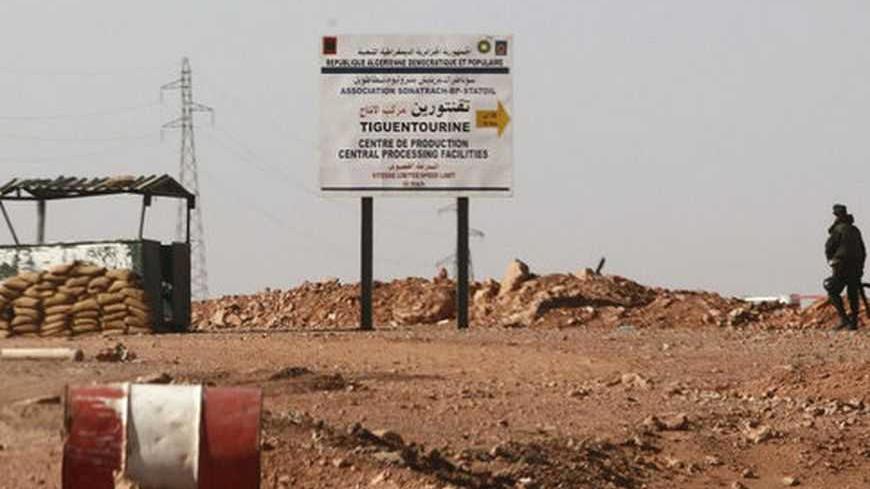 The Tigantourine gas site in In Amenas in Algeria’s Illizi province, which has been out of operation since the terrorist attack that targeted it on Jan. 16, is set to be operational again. Activity could resume as early as Feb. 24, on the 42nd anniversary of the nationalization of the oil and gas industry in Algeria. The announcement was made during the Fourth Symposium of the Algerian Association of Gas Industry (AIG) held on Monday, Feb. 18, 2013. During this symposium,  Abdelhamid Zerguine, the CEO of Algerian energy group Sonatrach, affirmed that work could "start just before Feb. 24."

This resumption will be made ​​possible by utilizing one of the three least damaged pumps. The terrorist attack, which was primarily orchestrated  by the head of the Masked Brigade, Mokhtar Belmokhtar, caused enormous damage, especially to pump No. 3. An inspection is under way in order to precisely assess the security gaps faced by the national oil company, Sonatrach, before carrying out appropriate repairs.

But the return to service of the site's first pump is imminent, since it meets all the required technical and security insurances. "We are ready to resume production on pump 1," operations manager Kamel Aoues insisted in February.

Under such circumstances, the plant will resume operations at only one-third of its overall capacity, or around 9 billion cubic meters [9.9 billion cubic yards] per year, according to recent statements issued by the Ministry of Energy and Mining.

Work at the complex will be resumed without foreign workers, who were released to return home and recover after enduring extreme duress during the terrorist attack.

Even if the estimated losses caused by the shutdown that lasted several weeks are not accurate, the fact remains that they amount to billions of dollars. With a level of gas production that amounted to 24 million cubic meters per day prior to the attack, this economic jewel in our country reportedly generates an average daily income of $14 million. This is a huge amount for a country that thrives on its oil and gas exports.

Around the site, which accounts for 10% of national production, security presence is heavy and reinforced. Security units, which were deployed to provide a better protection, are on alert. Given the current circumstances in the Sahel region, along with the presence of various armed groups fleeing from repeated attacks by the French forces (who have arrived as reinforcements), Algeria could be seen as a refuge by jihadist militants.

This has pushed Sonatrach to reexamine its security systems at all its sites. With these new terrorist threats, which have increased with the war in Mali, the national gas association must allocate a colossal budget to equip its facilities across the country. Algerian security services have adapted to this situation and struggled to be more efficient. Securing Tigantourine — which is located in the province of Illizi in southeast Algeria — requires high human and material resources, since it hires expatriates, given its status as a company managed by the Sonatrach-BP-Statoil association.

The province of Illizi, which is spread over an area of ​​75,945 square kilometers [47,190 square miles], is targeted by al-Qaeda affiliated terrorist groups. Its proximity to the Libyan border makes it more vulnerable to terrorist attacks, particularly because of the arms flow from Libya, which threatens the entire region. The Algerian government appears confident regarding this issue, which is the main concern of the province’s residents, whose daily way of life has completely changed.

Ever since the site — which houses Sonatrach and British Petroleum employees — was attacked, the country's authorities have decided to amp up its security apparatus in the South, Southeast and Southwest areas bordering Libya and Mali. Moreover, the Algerian government expressed its willingness to collaborate with other countries in order to strengthen border security and fight terrorist threats more effectively. The authorities have also called on the local population to invest in the country’s stability. “The people have a role to assume in border security and stability,” suggested the Algerian authorities.