Semih Idiz writes that Ankara is pleased with the nomination of Chuck Hagel as secretary of defense and US-Turkish relations are stronger than ever, despite some friction over Turkish trade with Iran. 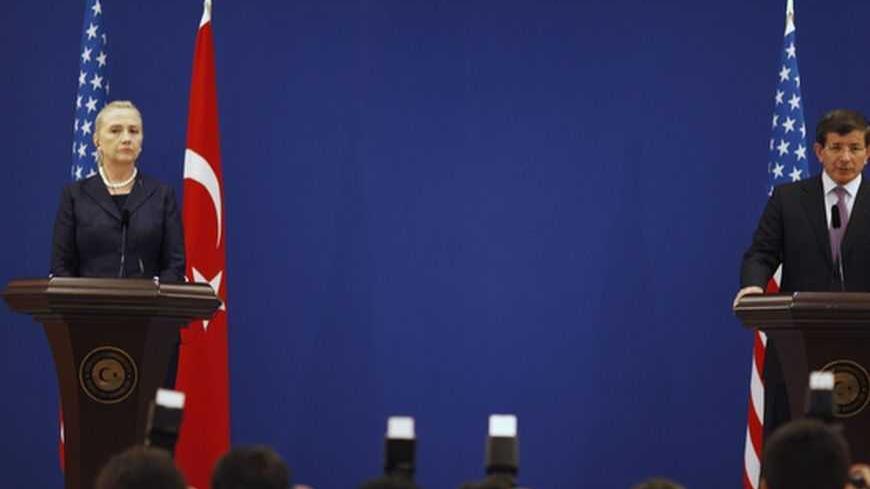 The Pew Research Center indicates that Turks are still among the world champions in anti-Americanism. Pew’s “Global Attitude Project” for 2012 showed that 72% of Turks rated the US unfavorably, while only 15% rated it favorably. Only Pakistan and Jordan, out of a list of 20 countries, proved worse than Turkey in this respect.

It’s easy to conclude then that there is little hope for Turkish-US ties to develop further, even if they have maintained their military alliance for the sake of practical reasons. And yet the two countries are seen to be enjoying one of the best periods ever in their bilateral ties, according to Turkey’s ambassador to Washington, Namik Tan.

“During this last period we have come closer than ever in Turkish-American relations. Our ties have broadened, diversified and deepened. There is a very close personal relationship between our leaders,” Tan said in an interview with Hurriyet earlier this week.

Adding that the re-election of President Barack Obama provided “a second window of opportunity” for ties, Tan said, “We do not have to rediscover each other.” He also noted that “a country that does not maintain good ties with America will fall back in the international arena in terms of its interests.”

This is a far cry from the days of President George W. Bush, when Turkey angered Washington in March 2003, after its parliament failed to endorse a bill that would have enabled US forces to invade Iraq from Turkish territory.

Turkish public opinion in turn, went ballistic when it emerged that US marines, with little love lost for Turkey due to the decision by its parliament a few months earlier, arrested 11 members of the Turkish armed forces in a raid on their headquarters in the Northern Iraqi city of Sulaymaniyah in July 2003.

The fact that Turkish soldiers were manhandled and treated like Iraqi insurgents, with sacks over their heads — resulting in the whole affair being known as the “Sack Incident” in Turkey — turned into a matter of national honor, putting a great strain on ties with Washington.

Those arrested — and subsequently released after the outcry in Turkey — were accused of planning to create turmoil in the region by setting off car bombs and assassinating Kurdish officials. These charges were strongly denied by Ankara, and the whole incident still remains shrouded in mystery.

Given that the military alliance between the two countries goes back half a century, ties were not severed over this incident. But the atmosphere remained frosty, to say the least, and worsened after Washington’s “neocons” started accusing Turkey of moving toward radical Islam under the Justice and Development Party.

Things started improving following Barack Obama’s election in November 2008, especially after he made one of his first overseas visits to Turkey in April 2009, during which he was warmly greeted by the government and the Turkish parliament, which he addressed.

In the meantime, developments in the Middle East, especially after the outbreak of the Arab Spring, further cemented this relationship, leading to the current state of affairs that Ambassador Tan is so cheerful about.

Ankara is also happy today about President Obama’s choice of John Kerry for Secretary of State and Chuck Hagel for Secretary of Defense. Both are known to have a keen awareness of Turkey’s growing regional and global importance. Hagel is especially appreciated for his highly laudatory remarks in the past on Mustafa Kemal Atatürk, the founder of the Turkish Republic, whose legacy he believes should be taught in US schools.

Ankara has also noted Hagel’s approach to the 1915 massacre of Armenians under the Ottomans, which many in the US Congress have tried repeatedly to have listed as “genocide,” a possibility that risks poisoning US-Turkish ties like no other issue.

His “leave history to the historians” attitude on this matter is in tune with the official Turkish thinking. Neither has his past criticism of Israel gone unnoticed in Ankara, which is currently seriously at odds with Israel over the Palestinian issue.

None of this means, however, there are no points of contention between Ankara and Washington. Ambassador Tan is the first to admit this, although he is quick to point out that these differences are not substantive, but merely stem from a different prioritization of issues important to both countries.

On Syria, for example, the sides have established close coordination and their approaches to the crisis are almost identical. Ankara, nevertheless, expects Washington to be more active in trying to topple the Bashar al-Assad regime. This, however, does not mean Turkey is looking for a US-led military intervention in Syria, as Tan explained to Hurriyet, which makes the question of what it is that Ankara expects even more intriguing.

Differences on Iraq, however, are more apparent. Washington worries that Turkey’s increasingly bad relations with Iraqi Prime Minister Nouri Al Maliki, and rapidly developing economic and political ties with the Kurdish Regional Government, taking place over Baghdad’s head, risk dividing Iraq. Tan, however, is quick to respond to this charge.

“So what are their [the US’] companies, which number over 40, doing there? Any company you can think of is there, but when it comes to my companies, they should not be. This is not a convincing approach.”

According to press reports, Ambassador Feridun Sinirlioglu, the undersecretary of the Turkish Foreign Ministry, is expected in Washington soon for talks with his US counterpart, William Burns, aimed at, among other things, ironing out differences over Iraq.

Then, there is the question of the Kurdistan Workers Party (PKK). Turkey acknowledges it is getting assistance from the US against this group, which both countries designate as terrorist, especially in terms of real-time intelligence, but insists that this is not enough. It wants more direct involvement by American forces against this group lodged in the mountains of Northern Iraq, which Washington has been reluctant to do.

In the meantime, US Ambassador to Ankara Francis Riccardione has taken issue on more than one occasion with repeated claims by Turkish officials that his country is not doing enough against PKK terrorism. Indicating that Washington is giving far more assistance than it is credited with, Riccardione has openly expressed annoyance over these Turkish claims.

Finally, there is the matter of Turkish-Israeli ties, with Ankara expressing anger over US support for Israel, especially in the May 2010 incident involving the Mavi Marmara, a Turkish ship that was part of an international aid flotilla headed for besieged Gaza when it was boarded by Israeli forces, who killed nine Turkish activists, claiming they were armed and aggressive.

Washington has been pressuring Turkey to normalize ties with Israel, which Ankara has refused to do until that country apologizes for the Mavi Marmara raid, compensates the families of the deceased and lifts the siege on Gaza, none of which has happened yet.

Developments in the Middle East, however, are ensuring that these as well as other similar differences, including the issue of Turkey’s trade with Iran, do not overshadow military and political ties between Ankara and Washington, which appear set to deepen even further, despite the rampant anti-Americanism in Turkey.

Semih İdiz is a contributing writer for Al-Monitor’s Turkey Pulse. A journalist who has been covering diplomacy and foreign-policy issues for major Turkish newspapers for 30 years, his opinion pieces can be followed in the English-language Hurriyet Daily News. His articles have been published in The Financial Times, The Times, Mediterranean Quarterly and Foreign Policy magazine, and he is a frequent contributor to BBC World, VOA, NPR, Deutche Welle, various Israeli media organizations and Al Jazeera.