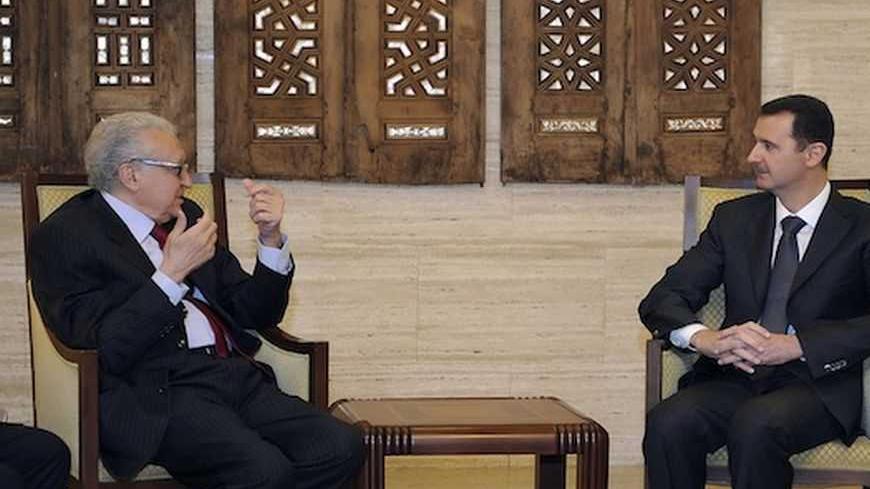 According to sources, it is expected that Syrian President Bashar al-Assad -- in the next few days -- will deliver a speech that includes a new proposal to resolve the crisis in Syria. The same sources revealed that the initiative includes a type of roadmap to a solution, according to the following steps:

First, an agreement on a comprehensive and mutual ceasefire, with a mechanism for monitoring the ceasefire handled by international observers.

Second, the establishment of a coalition government in Syria, with equal representation among three parties: the current regime, the armed opposition, and independents. The initiative gives the aforementioned government broad powers, without including any provisions to restructure the Syrian army, the police or the security forces, which fall outside the quotas of government formation.

Third, the establishment of a constituent committee for writing a new Syrian constitution.

Fourth, the election of a Syrian parliament through internationally monitored free elections.

This information indicates that the speech announcing the initiative will not in any way address the issue of President Assad's departure as part of the transitional phase. Determining his fate would be left to the ballot boxes in the upcoming presidential elections, which are scheduled for the early summer of 2014. The mechanism guaranteeing the implementation of this settlement initiative would, according to the expected proposal, begin with a tripartite meeting between Washington, Moscow and U.N. envoy to Damascus Lakhdar Brahimi. Following this, the initiative would go to the U.N. Security Council, to confirm that it enjoys international sponsorship.