Iraq's private banks rarely engage in traditional banking activities such as offering loans and credit and have lost the trust of the Iraqi people, writes Omar Al-Shaher. 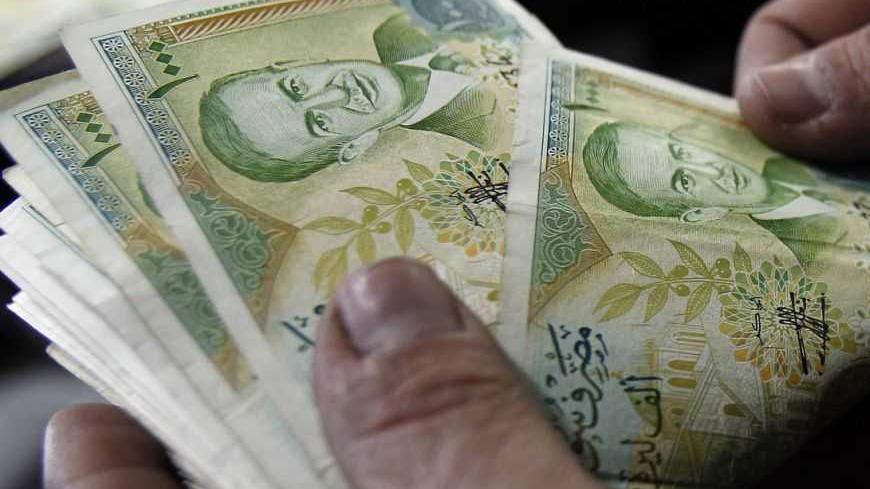 Privately held Iraqi banks have almost entirely relinquished their traditional functions — such as giving out loans, lending credit and issuing letters of credit — due to default risks. Instead, they are resorting to profit making through participation in the currency auction regularly held by the Iraqi Central Bank.

Iraqi banks demand exaggerated guarantees for the granting of any loans to local investors, for fear of defaults on payments. According to banking experts, the value of some loans does not cover more than 40% of the guarantees the privately held banks are demanding, leading to a decrease in the number of loan operations conducted by these banks to a bare minimum.

A lack of local confidence in privately held banks has contributed to their reluctance to enter the market. According to banking expert Dr. Ahmad Brayhi, “Members of the public are depositing their money in government owned banks because they feel that they will honor their commitments towards them.” He also added, “The public does not have much confidence in local banks, which is why it does not trust them with its money.”

Bank brokers affirm that most privately held banks have either closed — or chosen not to open — branches in Iraqi provinces and restrict their activities to their main branches in Baghdad, due to a reluctance to engage in real banking transactions.

Out of a total of 23 privately held banks operating in Iraq, only two are located in the city of Erbil and one in Mosul, whereas 20 are located in Baghdad.

According to the same brokers, these banks buy hard currency for their customers — who are often relatives of those in upper management — from the central bank to finance their internal and external trade, thereby reaping profits that compensate for the need to engage in bank activities such as giving out loans, lending credit, issuing letters of credit, etc.

Since 2004, the Iraqi Central Bank offers amounts in U.S. dollars to Iraqi markets, through direct auctions, in order to preserve the stability of the Iraqi Dinar in relation to foreign currencies.

Faizullah also added, “I asked one of the managers of the private banks about the reason behind his bank restricting its activity to buying the dollar from the central bank auction and transferring it to specific clients to cover their commercial activities. His answer was that it is easy work with guaranteed profits.”

Upon being asked about the role of his parliamentary finance committee in following up on this issue, Faizullah answered, “As a specialized committee tasked with monitoring national fiscal policy, we cannot do anything about the matter.” He also added, “The major political blocs have no wish to open this subject now.” He then went on to say: “Many of the blocs include figures that are only after narrow economic benefits. These are words I have uttered repeatedly, without fear or shame.”

However, Faizullah made no mention of the names of those involved, nor did he reveal the benefits he believes they are looking to achieve.

Faizullah claimed to have personally tried to find a solution to this problem, saying, “I have told many of our American politician friends about this matter, but failed to get an encouraging response from any of them.”

Many of the privately held Iraqi banks are owned by businessmen from large families. According to a large number of bank brokers, the majority of clients at privately held banks are either board members, or related to them.

Brayhi went on to affirm, “Family businesses are no newcomers to the private banks in Iraq,” adding, “These banks need guarantees to expand their sphere of activities. The banks fear defaults on loans granted to investors, as there is nothing there to protect them.”

Brayhi continued, saying that privately held banks need guarantees to protect their money, given the high credit risk in the Iraqi market.

“The banks could collaborate with the government, the central bank and the Iraqi financial sector in the formulation and implementation of a number of guarantees that can be extended to privately held banks in order for them to expand their credit and loan activities,” said Brayhi.

He added, “The central bank oversees and monitors the work of privately held banks. The Iraqi public had no interest in monitoring the work of these banks, explaining why the central bank has neglected this aspect of its work, which could have been done more effectively.”

According to Brayhi, “Over the past four years, the local press has been preoccupied with talk of the Iraqi government trying to get its hands on the foreign reserves of the central bank. This kind of talk is fundamentally false because that is not possible. No one tried to understand this fact when we stated it repeatedly.”

He concluded by saying: “Had the press supported the Iraqi Central Bank in trying to regulate the work of privately held banks and impose serious monitoring of its transactions, which is its mandate under the law, instead of being preoccupied with talk of the government’s attempt to get its hands on the bank’s foreign reserves, it would have created awareness of the importance of this matter among the public and the central bank would have succeeded in its undertaking.”

Omar al-Shaher is a contributor to Al-Monitor’s Iraq Pulse. His writing has appeared in a wide range of publications including France’s Le Monde, the Iraqi Alesbuyia magazine, Egypt’s Al-Ahaly and the Elaph website. He previously worked for Al-Mada covering political and security affairs and as a correspondent for the Kuwaiti Awan newspaper in Baghdad from 2008-2010.