Netanyahu and Israel's Crisis of Democracy 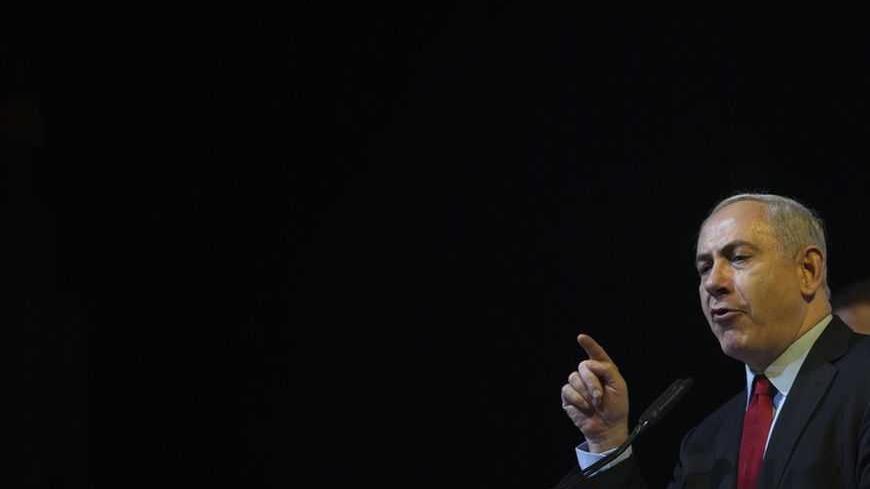 Ron Prosor is one of the most distinguished ambassadors in the history of the Israeli Foreign Service. He was the No. 3 man at the embassy in Washington. He was director general of the Ministry of Foreign Affairs under Silvan Shalom; he was a highly respected ambassador to the United Kingdom, and he is now in charge of Israel's public diplomacy efforts as Israel's permanent representative to the United Nations.

These days Prosor has another political edge: He is a right winger. Par excellence, articulate, free thinking. He doesn't belong to the ideological right. He's not a settler and is not religious, but he is a proud, sane and eloquent member of the Israeli right. In other words, an asset to Israeli public diplomacy, an asset to the Israeli right, and an asset to Prime Minister Benjamin Netanyahu and Foreign Minister Avigdor Liberman, who appointed him to his current position.

About two weeks ago, Prosor participated in an event in Jerusalem that was held as part of the annual conference of Israel's ambassadors. Once a year, Israeli ambassadors who serve around the entire world, convene in the nation's capital to hear and be heard, to provide and receive briefings. During the lecture given by National Security Advisor Yaakov Amidror, Prosor made the biggest mistake of his life when he raised his hand to ask a question. It related to the Israeli announcement regarding construction in the disputed E1 area east of Jerusalem, an announcement that was made the day after the US veto in the Security Council in favor of Israel.

Prosor did not dispute the Israeli position calling for construction in this area, but the timing. He simply asked Amidor, "How are we supposed to explain this kind of move?" Especially after the US isolated itself, going against the official American position and standing beside Israel, while withstanding an avalanche of scathing international criticism. Prosor echoed the thoughts of many of the ambassadors who were sitting in the hall but didn't have the courage to raise their hands and ask. Why, what is it that propels Israel to stab its best friend in the back as well. Why oppose and anger and do everything possible to show the world that Israel lacks even the most minimum sensitivity to the needs of its allies. Or, as Prosor put it, "How are we supposed to explain it?"

Prosor never imagined that his question would cause such a ruckus. First of all, some of those sitting in the back of the hall — and it isn't clear if they were ambassadors or just people who were invited to the event — clapped. That in and of itself infuriated Amidror, who is known to have a hot temper, and made the situation smack of politics. Amidror gave Prosor and the other ambassadors in the hall a good tongue-lashing. He told them that they were clerks, and it is political leaders who make the decisions. If you want to have an impact, resign and enter politics, he said. Or, in other words, get off my case, you have no right to ask that question.

This embarrassing incident demonstrates the oppressive mood that currently pervades Jerusalem. The rudeness. The euphoria. Netanyahu began his term treading cautiously and scared of the world, the Europeans and especially the Americans, and he's ending it with the aura of an omnipotent ruler, of King Bibi, of someone who has looked death (President Barack Obama) in the eye and “seen death blink first” (Gonen-Gorodish). After all, it is clear to anyone involved with the issue that Israel's ambassadors absolutely have the right to find out what they are supposed to say to the locals in this type of situation. Amidror forced them into silence, but in Israel, imposing silence is not currently limited to the diplomatic arena. The evil wind is blowing and freezing everything: the country's chief statistician was informed via email that his contract would not be renewed, because he dared to criticize the government; a high school principal is called in for a hearing, because he wrote a political article (yes, he broke the rules, but sometimes rules are made to be broken a little); journalists are persecuted for their opinions and investigations; the media is under siege, and even Netanyahu himself relates to legitimate political rivals as people who scheme "to oust him."

I'm sorry, Mr. Netanyahu, exactly what do you think your political rivals are supposed to do if not offer the public an alternative and attempt to replace you and your government? The fact that Bibi sees himself as kind of Caesar that everyone wants to overthrow is a stellar example of the general mood pervasive around him, into which an entire country has been dragged. Israel is slowly leaving the realm of democracy and is more or less becoming a legal monarchy, where you can only think what the ruler thinks, and anyone who thinks differently must resign, disappear or be viewed as someone who is undermining the regime and trying to "overthrow" the Caesar.

My problem with this situation is that we all know how it will end. With tears, of course. Netanyahu's periods of euphoria have never done well for him or for the country. They always end with a loud boom or weak sobbing. But, in the meantime, the few dogs continue to bark weakly and the caravan moves on, running over anything in its path. Israeli democracy is in danger.