In a repeat of a move from earlier this year, opposition blocs in Iraq are once again trying to withdraw confidence from Prime Minister Nouri al-Maliki and force the collapse of his government, writes Ali Abel Sadah. 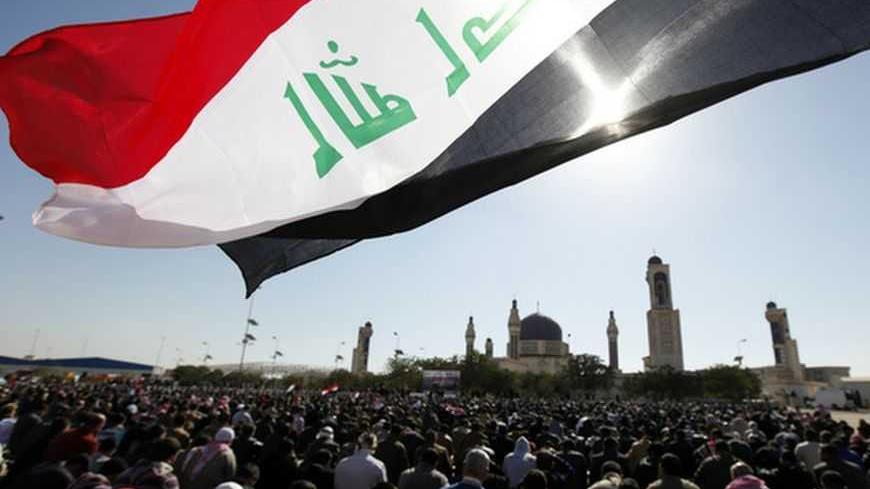 Iraqi Prime Minister Nouri al-Maliki has been bending over backward to dissolve the Council of Representatives and hold early elections within 30 days, based on his vision for a solution to the current crisis gripping the country.

Apparently, Maliki will succeed in his quest, unless MPs renege on their decision to interrogate him. Yet, should Maliki be questioned, confidence could be withdrawn from his government. This is not to mention that the religious authority of Najaf opposes the decision to dissolve parliament.

It must be noted that according to Iraq’s constitution, the prime minister is entitled to dissolve parliament with the approval of the president.

Iraqi Vice President Khudair Khuzaie, a prominent Shiite leader of the Dawa Party that defected from Maliki’s party, will replace Jalal Talabani, who is in Germany for medical treatment, as per the constitution.

Maliki has been recently trying to mobilize his supporters in the streets of Baghdad and the provinces in the south of the country. The popular demonstrations enjoyed the support of security services, which facilitated the protesters’ transport to gathering points and provided them with protection.

While his advocates took to the street and the public squares of Baghdad, Maliki has been politically active, making the necessary arrangements to dissolve parliament and pave the way for early elections. Nevertheless, his attempts are likely to be of no avail, as the constitution prevents parliament dissolution during Maliki’s interrogation by MPs.

Iraqi Speaker Osama Najafi, a Sunni leader, agreed to interrogate Maliki, his political rival. This is likely to result in a withdrawal of confidence from Maliki’s government.

Nevertheless, a politician who is close to Maliki told Al-Monitor that efforts to withdraw confidence from the government are to no avail. He was confident when he said that “Maliki will continue his second term until the end.”

On the other hand, an opposition group within the Iraqiya List and other Sunni political forces that have become recently engaged in the demonstrations of Anbar and Mosul, spoke with confidence about toppling Maliki’s government, given the growing momentum of popular protests in the streets against him, in addition to legislative measures designed to dissolve Maliki’s government.

Nevertheless, in order to dissolve parliament or the government, Maliki and his opponents will face unending constitutional challenges and growing political maneuvers that will escalate as the crisis intensifies.

The two main parties of Iraq’s political elite have been making great efforts to eliminate each other from positions of influence and power.

However, perhaps they will finally come to realize that it is impossible to eliminate one another and will return to the negotiating table. They will probably try to preserve the current version of the partnership until the end of Maliki’s second term.

A member of the Dawa Party told Al-Monitor that “the National Iraqi Alliance has been working on arranging a new dialogue with the Iraqi political forces.

“All parties agreed to end the current crisis without damaging the current political equation,” he added.

The United Nations has also intervened to find a solution to the crisis, as Martin Kobler, head of the United Nations Assistance Mission for Iraq has been holding dialogues with political leaders and clerics in an attempt to address the crisis.

Kobler also visited Shiite cleric Ali al-Sistani in his home in the city of Najaf. According to well-informed sources, the two figures discussed options to resolve the crisis, but the cleric did not hide his grave concern that the country could be dragged down into a deep pit.

In a press conference following his meeting with Sistani, Kobler said the UN urges political parties to hold dialogue and reinstate calm.

“The UN is very concerned about the situation of the country,” he said.

Sources close to Sistani revealed that the cleric refused to receive a government delegation to discuss the crisis. However, he informed them through his son that he is opposed to the decision to dissolve parliament and urged them to fulfill the demands of the protesters.