Iran Cracks Down on Journalists Ahead of Elections

Omid Memarian talks to reporters in Iran who escaped arrest about the most aggressive raid on independent media since 2009, and about attempts to sever contact with the outside world. 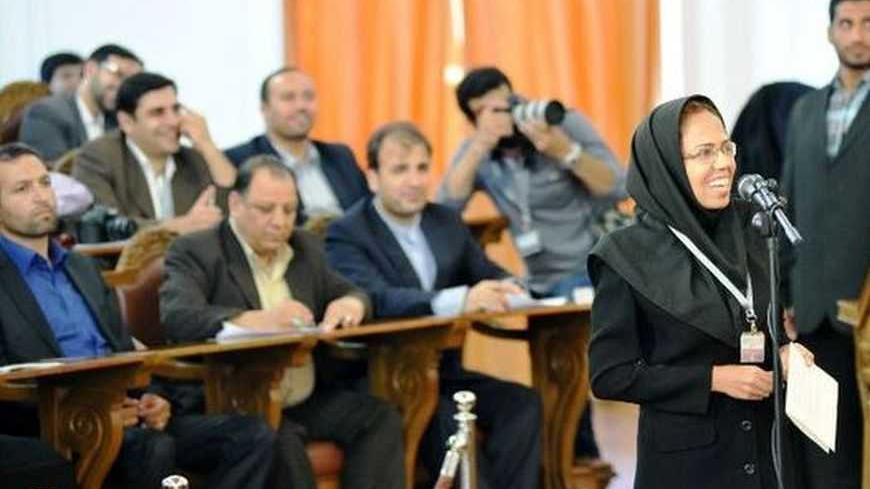 Saba Azarpeik, one of the jailed journalists, asks a question during a press conference. - Stringer 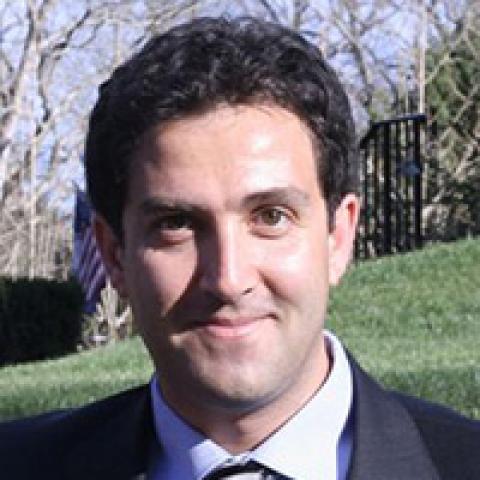 Fourteen journalists in Iran were arrested this weekend [Jan. 26-27], and while Iranian officials say the mass arrests were not a result of the reporters’ “journalism activities” but security-related, reporters inside the country tell another story.

One reporter told Al-Monitor that intelligence is suspicious of the journalists' connections to Persian-speaking media outside Iran, and the arrests were meant to cut all such ties to the outside world.

On Sunday [Jan. 27], 12 journalists from four newspapers, Bahar, Shargh, Arman, Etemad and Aseman Weekly were arrested; just a day before, two other journalists, one from Bahar, and the other from the semi-official ILNA News Agency, affiliated with Iran's Labor Ministry, had been arrested.

All 14 journalists belonged to the so-called reformist camp. The raid is considered the most aggressive crackdown on independent media since the 2009 presidential election, which was followed with the arrests of hundreds of reformist journalists and political activists, many of them still in prison after receiving long-term prison sentences.

One journalist who happened not to be in the newsroom when the raid happened, but who has a warrant out for his arrest, told Al-Monitor in a Skype interview, "We are in a state of constant anxiety, thinking they might knock on the door and arrest us and take us to prison any moment. After months of unemployment and banned newspapers, we had just started working and now we are out of jobs again."

On Tuesday [Jan. 29], Iran's Minister of Culture and Islamic Guidance said that the arrested journalists' charges are security-related and have nothing to do with their press activities. Also, the semi-official Fars News Agency, well-known for its ties to the Revolutionary Guards Corps (IRGC), accused the arrested journalists of cooperating with foreign Farsi-speaking media and the "opposition," but did not elaborate further.

A week before the arrests, Gholam Hossein Mohseni Ejeie, Iran's prosecutor general, told reporters that "reliable sources" had informed him that "a number of journalists" who write for Iranian newspapers cooperate with "Westerners and the opposition." He hinted on their possible arrests and added that these journalists have been "the voice and the podium for enemies."

“The Iranian authorities don’t even seem to be trying to hide their blatant crackdown on journalists by charging them with real crimes,” Sarah Leah Whitson, Middle East and North Africa director at Human Rights Watch. “Accusing them of being in contact with foreign media and opposition figures is all they’ve accused them of, and, of course, in Iran that would qualify as a crime.”

A political reporter in Tehran who requested anonymity told Al-Monitor that security officials plan to sever all contact between Iranian journalists inside with Iranian political activists and reporters outside Iran, in any shape or form.

Over the past few months, Iranian intelligence has gone after those journalists they believe to have connections to major media organizations with large followers in Iran, including BBC Persian, Radio Farda and Voice of America.  In a number of cases, Iranian intelligence has even harassed family members of BBC Persian reporters in the country in order to pressure them to suspend working with such news agencies.

The recent arrests did not interrupt the work of the newsrooms that found the seats of some of their reporters empty the next day, but editors of the newspapers were asked not to print anything about the arrests in the days to come, as if nothing ever happened. The editors indulged.

The crackdown on independent journalists occurs five months before Iran’s upcoming presidential election. It seems crucial for the Islamic Republic to show a unified and popular face to the world around this election, and the officials’ narrative on the recent arrests might be indicative of how the government is planning to achieve this.

Ali Saeedi’s remarks may have hinted at many political activists and journalists who work for reform-minded papers that may need “logical engineering” and are in need of constant watch and monitoring, and eventual suppression, if needed.

Although reporters cannot cover a lot of news stories inside the country and face censorship in their professional work, officials are concerned that they send news about what is happening in Iran to sources abroad through the email or social networking websites, and this is how within a few hours of events, news is always published outside Iran. This seems to be intolerable for Iranian authorities who spend millions, if not billions, of dollars annually to perpetuate the regime’s official narrative via its gigantic propaganda machinery; the work of independent, Internet-savvy and dissident journalists then looks like an obstacle.

"A few months ago, a man who was my interrogator during my detention after the election, using a fake name, added me as his friend on Facebook and asked me to accept his friend request,” a reporter who was detained told Al-Monitor on the condition of anonymity in fear of retaliation by security forces. “When I told him that I only add my friends on Facebook, he said, ‘I'm also one of your friends, and if you don't add me, you will have to go back to prison.’ I was forced into adding him.”

The reporter then had to inform all friends not to leave any comments on the reporter’s Facebook page, because someone was monitoring all activities on that page. “But many people don't know about this. This is how they watch what journalists write, whose posts they 'like,' or 'share.'"

Iran’s divided political structure, intensifying economic sanctions, and the leader’s legitimacy crisis, which was cemented by mismanaging a bloody election in 2009, might lead the Iranian government to put in place all measures needed to make sure that the next election will not go wild, as it could do if people find an opening. If so, the media appears to be the first moving target.

Omid Memarian is a journalist known for his news analysis and regular columns. He writes for the IPS (Inter Press Service) news agency, regularly contributes to the Daily Beast and has published op-ed pieces in The New York Times, The Los Angeles Times, The Wall Street Journal, The San Francisco Chronicle and Time.com. A World Peace Fellow at the UC Berkeley Graduate School of Journalism from 2007-2009, he received  Human Rights Watch's highest honor in 2005, the Human Rights Defender Award. He can be reached at mailmemarian@gmail.com.