Lebanon and the FutureOf 'Greater Syria'

One consequence of the Syrian crisis may be the end of its "greater Syria" approach to Lebanon, writes Mohammad Harfoush. 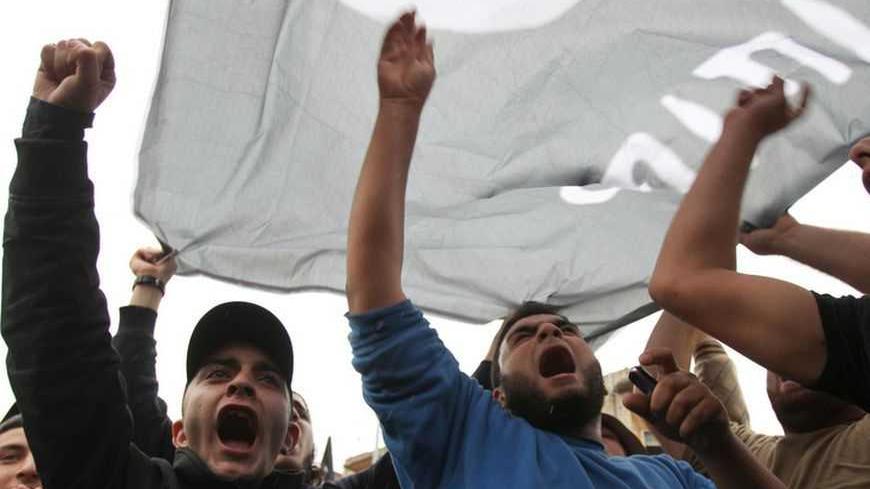 Relatives of Lebanese who had gone missing in Syria on Friday chant slogans during a protest to enquire about their relatives' fate, in Tripoli, northern Lebanon, Dec. 3, 2012. - REUTERS/Omar Ibrahim

Since the two countries first declared independence, the relationship between Lebanon and Syria has long been defined by mutual misunderstandings. The formation of Greater Lebanon in 1920 was a shock to a number of influential Syrian groups. These groups viewed Lebanon as an artificial creation of colonialism that had been stripped away from the territory of Syria. Some Syrians continued to hold this belief even after Lebanese independence in 1943, and the French evacuation from Lebanon and Syria in 1946. This belief — dubbed Syrian unity — applied not only to Lebanon, but encompassed any independent country in the Levant, including Jordan and Palestine. They were all considered parts of Syria that had been temporarily separated from Syria by French and British Mandates. Thus Syria has long presented itself as the victim of a conspiracy that stripped it of its rightful lands, starting with the Sykes-Picot Agreement of 1916 and continuing to this day.

Ever since the November 1970 coup staged by former President Hafez al-Assad under the name of the “Corrective Movement,” Lebanon has had to endure multifaceted attempts by Syria to interfere in its affairs.

Of course, that does not imply that Lebanese-Syrian relations before 1970 were in proper order. Evidence of this can be seen in Damascus’s opposition to Lebanon joining the Arab League as an independent state in 1945, and in the repeated border closures between the two countries at the behest of Syria since the early 1950s. What Assad’s seizure of power changed was that from that point onwards, Syria began directly interfering in Lebanese affairs.

Hafez al-Assad came to power with a regional agenda that sought to establish a “Greater Syria.” He was always accused of interfering or attempting to interfere in Palestinian, Jordanian and Iraqi affairs, in addition to meddling in Lebanon’s. Many noted that he had failed to accomplish his objective in Jordan and Iraq, and he continued to be accused of considering Palestine the Southern Syria, quarreling with Yasser Arafat, and dividing the Palestinian movement so as to weaken it and use it as a card to play.

Between 1970 and 1975, Assad’s regime paved the way to directly interfere in Lebanese affairs in hopes of subjecting it to its rule and annexing it. It began studying the divisions running across the Lebanese political landscape and worked to play opposing sides against each other so as to increase the strife between rival factions. He did not merely want to make Syria an influential political player on the Lebanese political scene, but rather sought to make Syria the political center of Lebanon.

Lebanese groups were claiming that Assad’s regime was priming the country for civil war and that he conducted the war between 1975 and 1990 so as to tighten his grip on the country. These claims in turn justified the United States’ and the West’s actions to protect Israel’s interests and maintain the Cold War balance in the region at that time.

Between 1990 and 2005, the regime’s strategy paid dividends; both Hafez al-Assad and his son Bashar were able to establish a guardianship over Lebanon, thanks in large part to the United States, the West and regional powers. Damascus’s domination did not merely transfer the political center from Lebanon to Syria, but rather it allowed it to control its governance and political life at all levels.

In 2005, Assad's regime was forced to vacate Lebanon after the assassination of Lebanese Prime Minister Rafik Hariri. It is a certainty that the regime’s forced withdrawal from Lebanon marked the beginning of the crisis we are now witnessing. In 2005, the dream of “Greater Syria” collapsed, for Lebanon formed its heart and powered its pulse.

Assad’s concept of a “Greater Syria” envisioned Damascus as a big brother to Lebanon, in the same manner that Soviet Moscow had approached the capitals of Eastern Europe. And just as revolutions emerged in those countries after the fall of the Berlin Wall, Lebanon and Syria have experienced significant upheaval since 2005.

This begs the question: Will the change in Syria, for the first time since the dawn of independence, lead to a more agreeable approach to Lebanese-Syrian relations?

Some Lebanese claim that the first spark of opposition against the Assad regime came from Beirut in 2005, six years before the events in the village of Daraa south of Damascus.

The subscribers to this argument also assert that Hezbollah’s ties to Iran led it to directly support the Syrian regime. This slams the door on any possibility of cooperation between the “New Syria” and Hezbollah, and on the domestic front, may lead to changes in the approach towards the subject of Hezbollah's weapons.

Meanwhile, there are those who hold that the opposite is true, that the fall of Syria will only increase Iran’s determination to keep Hezbollah well-armed so as to fortify its influence in the region. Moreover, there is also the belief that the fall of the Syrian regime will create space for a new approach to Lebanese–Lebanese relations based on implementing the Taif Agreement, which was approved in 1989 with Syrian support and later became absorbed into Lebanon's constitution of 1990. Meanwhile others feel that this agreement should be reevaluated.

Mohammed Harfoush is a Lebanese journalist reporting for the Kuwaiti Al-Anbaa newspaper and the author of "Eritrea: Basic Facts."