The Debate Over Lebanon's 'Democracy' Intensifies

There is intense debate about the need for a new elections law in Lebanon, which has not witnessed a rotation in power as a result of elections in its 60 years of independence, writes Jean Aziz. 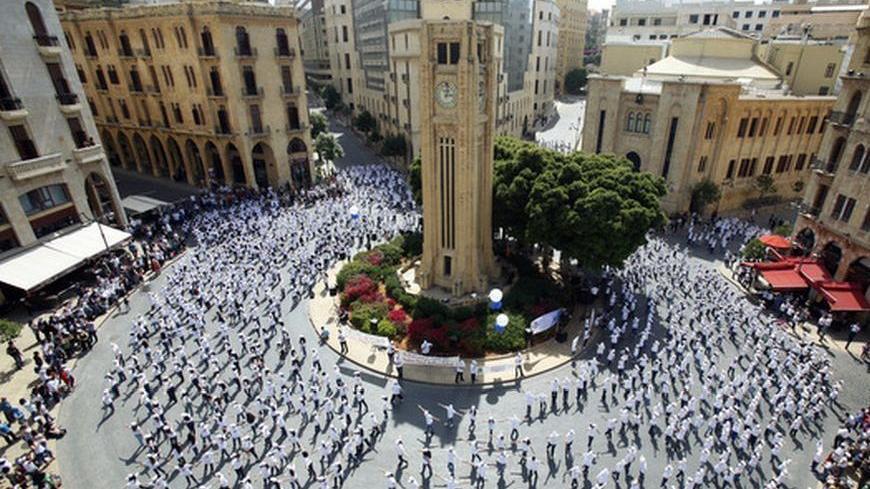 In Lebanon today there is an intense political conflict and violent debate about the need for a new law regarding parliamentary elections, which are supposed to take place throughout the country in a single day during the first week of June. This conflict involves a confrontation between the majority — represented by the current government — and its opponents.

However, the reality of the crisis and its roots go beyond questions of law, elections, and even agreements between the two sides. It is, deep down, an internal crisis within the government itself, and involves the government's relations with the outside, including those nearby, represented by the situation in neighboring Damascus, and those afar, represented by the present administration in Washington.

In form, the battle over the new law regarding parliamentary elections seems earnest. This is the first such battle in the history of this country, which was established in the shadow of the French Mandate in 1920, and gained its independence from the authorities in Paris in 1943.

But the striking paradox in Lebanon's political and electoral life is that throughout the country's 60 years of independence the country has not witnessed a rotation in power as a result of general parliamentary elections. In a sense, the Lebanese have not seen any actual democratic change through the ballot box. Yet given this fact, or perhaps because of it, it has always been said that Lebanon is the only "democracy"  in the Arab region.

A retrospective review of the elections in Lebanon is enough to confirm this. Yet throughout the 14 parliamentary elections that have occurred in Lebanon since its independence in 1943 — up until the most recent parliamentary elections in 2009 — the voting process has not led to a new majority. Never before — on one of the Sunday evenings following a long day of voting — has a new government taken power that was the opposition before the ballot boxes were opened. Likewise, these elections have never led to the fall of the majority and transformed it into the opposition.

This happened just because Washington's envoy to Beirut at the time, Robert Murphy, agreed with the Egyptian president at the time, Gamal Abdel Nasser, that Chehab should be the president of Lebanon. (Note here that another paradox that occurred 30 years after this incident, when another American envoy with the same family name, Richard Murphy, attempted to make an agreement with Syrian President Hafez al-Assad — who inherited leadership in Lebanon from Nasser — to select the Lebanese president in 1988.)

Moreover, the parliament that elected Bashir Gemayel president of the republic under the influence of the Israeli occupation of Beirut in 1982, was the same parliament that returned to elect both Rene Moawad and Elias Hrawi presidents of the republic, at the request of the Syrian occupation and given Damascus' full domination over Lebanon following the regime taking military control in 1990.

If researchers today were to review the archives of the Lebanese parliament and examine the minutes from its meetings, they would discover a treasure trove of similar paradoxes, including the MPs who ratified the Cairo Treaty — which legalized Palestinian armament in Lebanon in 1969 — and later canceled it. They enthusiastically voted for the Lebanese-Syrian treaty of 1991, and then demanded it be canceled. They went against the constitution and extended the presidency of Emile Lahoud in 2004, and then signed petitions for his overthrow.

Thus, from 1943 to 1975, Lebanon — that unique democracy — lived in the shadow of a dual regime. Internally there was a constitutional semi-presidential system that operated as an oligarchy with understandings between various sects. Yet internally, Lebanon was under an undeclared tutelage between powerful regional states (Egypt and Syria) in agreement with the most active international parties (France and Britain initially, followed by the United States).

In 1975 the civil war exploded in Lebanon, delaying everything for 15 years. The parliament extended its own mandate, since it was not possible to hold elections. From 1990 to 2005, Syria had total control over the country, and organized Lebanon's elections and maintained its sham democracy. Lebanon's MPs, its cabinets and its presidents were selected in Damascus, and the Syrian regime worked to achieve its goals through forged elections.

In 2005, the Syrian army withdrew from Lebanon, and the Lebanese were given the opportunity to conduct parliamentary elections that were "Lebanese," for perhaps the first time in the country's history. This caused great confusion. At first they disagreed on an electoral law, then they disagreed over the principle of conducting the elections and its history. This was despite the fact that at the time international interest in this small nation was at its peak, given George W. Bush's wars moving throughout the region, the weight of the UN Security Council's resolutions regarding Lebanon and Syria, and especially after the assassination of former Lebanese Prime Minister Rafiq Hariri on Feb. 14, 2005.

This is what prompted the US and France in particular to secure a major international agreement, which was woven by the UN Secretary General Thierry Roed-Larsen's envoy. This was an unannounced quadripartite agreement between Washington, Paris, Riyadh and Tehran, which constituted a foreign umbrella for the parliamentary elections that occurred in the early summer of that year. It was this foreign quadripartite agreement that translated at the time into an internal quadripartite alliance, between Sunni leader Hariri and Druze leader Walid Jumblatt on the one hand, and the Shiite side in Beirut on the other, represented by Parliament Speaker Nabih Berri and Hezbollah. They made it past this impasse — albeit with a fragile coalition that soon exploded after a few months.

Four years later, in 2009, parliamentary elections returned. The situation once again exploded under the weight of these elections, even turning into an armed struggle on the streets of Beirut on May 5, 2008. However, international and regional attention stayed focused on Lebanon. This prompted its foreign guardians to come to its aid once again, and forcefully give rise to a new government.

The Americans and the French worked with Saudi Arabia, and entrusted Qatar with the role of gathering the Lebanese at a conference sponsored by all of these nations in Doha. This conference resulted in a "comprehensive deal," which included army commander Michel Suleiman being elected as president of the republic (as was the case after the events of 1958). It also included the adoption of a new law for parliamentary elections, measures for the allocation of parliamentary seats in the 2009 elections, and even guidelines for allocating ministerial positions in the government following the elections. As a result of the Doha agreement, President Assad was invited as a guest of honor to Paris on July 14 of that year, on Bastille Day, and sat to the right of French President Nicolas Sarkozy.

Regarding the 2013 elections, it seems that all of this is unlikely and impossible. The overthrow of Arab regimes have diverted international attention to other issues. As a result of the civil war in Syria, there is no longer any party — neither at the regional nor the international level — that is qualified to play the role of mediator for the Lebanese, or to strike a balance between all sides in the conflict.

All capital cities near and far are deeply involved in the Syrian war, and thus no nation is capable of bringing together the Lebanese, as was done by Syria in 1976, Saudi Arabia in 1988, or Qatar in 2008. There are a number of things the Lebanese must now do: immediately ratify a new law concerning parliamentary elections to be held in June 2013, and then prepare for the election of a new president in May 2014. These are things that the foreign states have traditionally handled. However, all such states are now engaged in other things, and no one is able or willing to once again involve itself in the Lebanese quagmire. It's a new equation, which with worth waiting for, monitoring, and following-up on.