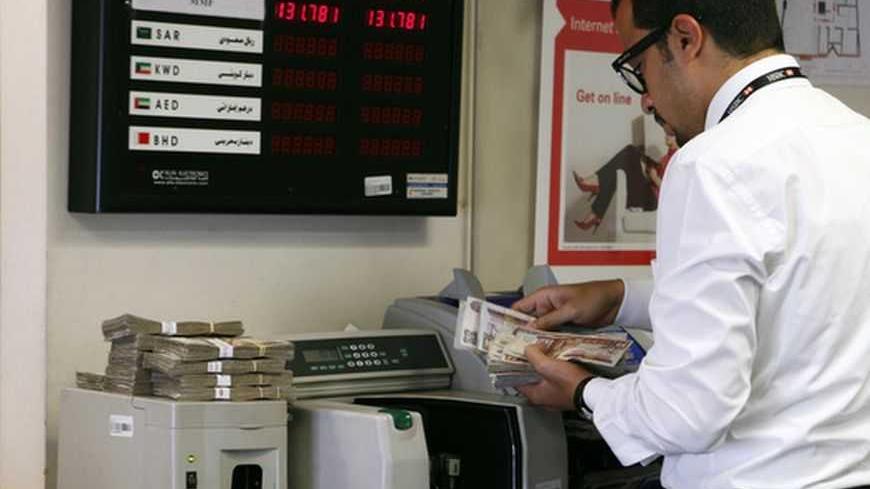 Morsi has put his political objectives ahead of the economic needs of the country. Now, Egypt faces an economic meltdown.

It took a mere 20% of the electorate to bring into effect the new constitution. Eighty percent of voters either rejected it or did not — for whatever reason — vote.

The obsession that Morsi had with imposing the constitution has placed him in the middle of a political minefield. Six months of street violence over the preparation of the constitution has led to the neglect of an economy that has come to a near halt. The budget deficit rose by 38%, or $13.1 billion over six months, the Egyptian pound slipped 6% against the US dollar, unemployment rose from 8.9% to 12.4% and GDP growth fell from 5.0 to 0.5%.

Added to those problems, foreign reserves were halved with the flight of capital and the transfer of savings abroad. The outflow led to the imposition of currency controls at the end of December, when reserves had diminished to $15 billion, enough to finance only three months of imports. Egypt runs a 50% trade deficit that used to be offset by earnings from tourism and remittances from workers abroad, but the tourists are staying away and economic conditions around the world make it more difficult for Egyptian workers to find employment.

Due to the political instability and the worsening financial plight of the government, Standard & Poor's downgraded Egypt's credit standing to B-minus, six levels below credit grade. Before the downgrade, Egypt paid 13.54% for a one-year treasury bond. After the downgrade, the sale of bonds was canceled to avoid higher interest rates. Credit swops show Egypt ranking among the ten worst credit risks, along with Greece and Pakistan.

After consuming half of its reserves trying to save the currency from going into free-fall, the Egyptian Central Bank will have no choice. The peg will have to be removed within a few weeks, unless Morsi can find an emergency bridge loan from Qatar or some other source. A 20% decline is easily in sight.

The certain rise in import prices will increase the inflation rate above the current level of 4.1%. The impact could be offset by expanding subsidies, which would increase the budget deficit beyond the current 10%. Already, subsidies form 30% of the budget; and it is that which the International Monetary Fund (IMF) expects the government to reduce in order to qualify for the $4.8 billion loan. Terms for the loan had been settled after a year of negotiations only to be canceled by the Morsi government, which feared increased taxes and reduced subsidies would spark more riots before the vote on the referendum. The IMF loan is critical for acquiring the additional $10 billion from the European Union, the African Development Bank and other sources. Without it, Egypt will be frozen out of the international financial markets.

As most of the Egyptian government debt is owed to domestic banks, those banks face insolvency. The National Bank of Egypt, Banque Misr SAE and Commerce International Bank have been downgraded in anticipation of a government default.

Egypt suffers from a shortage of investment capital due to the lack of savings. Only if there is an influx of foreign direct investment can Egypt expect to see capital available for economic expansion. That, however, is being stifled by the unrest and the effort by groups inside Egypt to reverse the sale of state enterprises made during the Mubarak regime.

Starting in 2004, the Mubarak government embarked upon an economic-reform and privatization program. Over the next four years, $9.4 billion in state industries were sold to foreign and domestic buyers. The GDP growth rate rose from 4.1% to 7.2%. Foreign reserves expanded from $16 billion to $34 billion. Even during the global economic crisis of 2010, the economy continued to expand at 5%, but all of that came to an abrupt halt when the mobs flooded into Tahrir Square.

Now, some of the sales are being reversed. Foreign investors are viewing them as future risks better avoided. Foreign direct investment is only 16% of what it was in 2007, and much of that is in the petroleum sector.

A bad situation is being made worse by spreading worker discontent. Workers are demanding the right to unionize and to strike. Their call for “bread, freedom and justice” was for them the purpose of the revolution. Instead, the Morsi government is breaking up strikes with the police and has jailed union activists just as the Mubarak government had done before. If anything, workers are complaining that Morsi’s administration is worse than what was overthrown.

Most businesses are small. Yet, it is they that are providing the bulk of Egyptian employment.

Business owners are complaining that the new government is doing nothing to reduce the suffocating regulations and corrupt bureaucracy. If they try to raise capital to invest, they are forced to compete with the government borrowing to finance its growing budget deficit or with the large private and state corporations that are given preference.

Whatever the ideology expounded, the Muslim Brotherhood is comprised mainly of professionals, with many involved in businesses. Like the crony capitalists of the Mubarak era, the government has become an instrument to protect their interests.

Back in November, Morsi seized power and moved to block the Constitutional Court to save his concept of democracy. There is nothing to say that he will not break the labor unions to save his vision of the economy. He should look very carefully at the mere 20% of the voters who supported his constitutional efforts and realize that he has been given a warning. The people of Egypt are not marching in his parade.

Felix Imonti is the retired director of a private equity firm where he was an investment strategist for seven years. He has published a history book, Violent Justice, and his articles in the fields of international politics and economics has appeared in Resource Investor, Current Intelligence, The Commentator, The Huffington Post, Diplomatic Courier, Open Democracy, The Oil Price, The Times of India, Turkish Weekly and The Christian Science Monitor. Imonti resides in Japan.