Turkey has emerged as the key country in the Syrian endgame, writes Henri J. Barkey. Almost every proposal has a Turkey component, from calls for that nation’s armed forces to enter Syria, to proposals for establishing “humanitarian corridors.” Ankara finds itself in an impossible situation, alarmed by Syria’s steady march toward the abyss, but reluctant to intervene militarily. 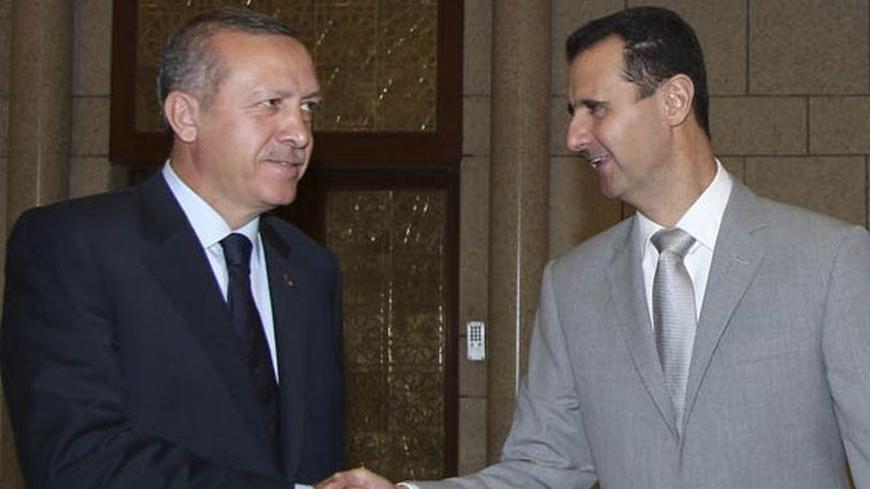 Turkey has emerged as the key country in the Syrian endgame. Proximity is one reason; Turkey has a 600-mile border with Syria and also a long adjacent coastline. Another reason is Prime Minister Recep Tayyip Erdogan’s presumed influence in the region and his past close association with Syria’s President Bashar Assad.

Everyone, it seems, from pundits to officials, are gaming out Ankara’s options. Almost every suggestion aired has a Turkey component: some call for the Turkish armed forces to enter Syria, others would like to see Ankara establish safe havens for refugees and Assad’s opponents, while a third group wants to see “humanitarian corridors” established.

Ankara, by contrast, finds itself in an impossible situation. It is alarmed by Syria’s steady march into the abyss of a sectarian conflict between the ruling Alawite minority and the majority Sunni population. What it fears most is instability along its borders. Syria’s implosion will potentially unleash a wave of sectarian conflict that is likely to engulf other regional states such as Iraq and Lebanon, where fragile political structures paper over similar ethnic and/or sectarian fissures.

On the other hand, it does not want to intervene militarily. There is no domestic support for such a policy. Besides, with no guarantee of success, it would have negative repercussions for Turkey’s economy and undermine its reputation on the Arab street, which may see the former colonial ruler rearing its head. Ankara is even reluctant to create safe havens unless specifically asked by the United Nations. It has, however, opened its doors to the Syrian opposition and is host to the Free Syrian Army’s putative leaders.

What Turkey wants is a rapid and orderly transition from the Ba’ath regime. The Turks find themselves politically exposed because they were among the first to call for Bashar to step down. As such, they feel they have stuck their neck out. The decision to abandon Assad was informed by Turkey’s earlier experience in Libya.

There, Ankara was slow in joining the coalition against Moammar Qaddafi. It even resisted, at first, Western attempts at sanctioning the regime or organizing a NATO operation. It was understandable; Turkey had established close relations with the Qaddafi regime and risked exposing its $1.5 billion in investments and 25,000 workers. Refusing to initially countenance NATO action proved costly: it made Turkey appear supportive of a dictatorial regime and Libyans in Benghazi took to the streets to protest Turkey.

Syria, however, is a much more difficult case. Syria was the showcase of Ankara’s much-vaunted “zero-problems with the neighbors.” Erdogan had gone out of his way to construct close political and personal relations with the Syrian strongman. The two countries had signed a free-trade agreement and put into motion a series of other agreements and vowed to integrate their governments. Their cooperation had gotten close enough that they referred to their relationship as “two peoples, one government.”

With so much invested, Ankara was at first reluctant to see Assad fall. Erdogan engaged Bashar directly and dispatched a series of emissaries to Damascus to try to convince the regime to introduce minimal reforms aimed at staving off precisely what we are witnessing now. This was to no avail; to the contrary, regime-instigated violence, especially during Ramadan, increased dramatically.

When these efforts failed, the Turkish government convinced itself that the regime was doomed and wagered that its public opposition to Bashar would suffice to tip the scales. The Assad regime and its core supporters, however, are fighting for their very lives. Hence no amount of harsh rhetoric from Ankara or support for Arab initiatives or a halt to joint projects is likely to impress the Ba’ath regime.

Ankara’s hopes for a quick changeover have therefore been dashed. The longer the strife continues, the more violent it will become and the greater will be the destruction visited upon Syrian society and infrastructure. In turn, these will have deep and, for Turkey, worrisome repercussions for the future politics of Syria. If Assad is overthrown after a bitter struggle then, beyond sectarian violence, chaos will ensue. The myriad of Syrian groups, including Kurds, may demand special political rights, such as autonomy or even federation. Needless to say, this is anathema to Turkey which faces its own ethnic divisions. It already is worried about the Arab Spring effect on its own Kurdish minority.

Syrian Kurds number some 2 million, almost ten percent of the population. They are divided as to what approach to take during this crisis and have little faith in the Syrian opposition or the Assad regime. Historically, they have never been in the vanguard of the regional Kurdish movements. Hence, they are unlikely to take a leading role today. Still, were they to be successful in carving out an autonomous zone for themselves, that could inflame passions on all sides. Turkish Kurds would be galvanized to push much more strongly for a decentralized Turkish state and Iraqi Kurds would find their geopolitical position enhanced. That would undermine Turkey’s efforts to co-opt and align itself with Iraqi Kurds and could lead Ankara and Baghdad to cooperate to contain Kurdish autonomy.

A disintegrating Syria would result in an open bazaar for all types of military equipment for all kinds of organizations. On the other hand, if Assad manages to survive for the foreseeable future through sheer brute force, then Turkey’s much-heralded regional influence would have been for naught. It will be facing an increasingly hostile neighbor willing to seek revenge to the extent possible. Already Turkish trucks can no longer traverse Syria. In a reversal of fortunes, Damascus, Baghdad and Tehran could link up arms to undermine the Iraqi Kurdish regions in which Turkey has invested so much.

Either way, an arc of crisis from Beirut through Damascus and Baghdad to Tehran could result in pitting predominantly unstable and mostly Shia governments against their Sunni counterparts. Turkey would be cut off from the Arab states of the Gulf. A region in conflict is likely to scare away foreign investors, undermine Turkey’s commercial links to the rest of the Middle East and threaten the prosperity that has been the basis of Erdogan’s successful electoral strategy.

At the end of the day, with or without Assad, the crisis in Syria may force Turkey to embark on the one option it has been seeking to avoid: a military intervention, which may not succeed.