While the fall of Mubarak has opened up Egypt's political system for the Egyptian people, it has narrowed the options for US policy makers, writes Aaron David Miller, who will now have to navigate between anti-democratic generals and democratically elected Islamists. 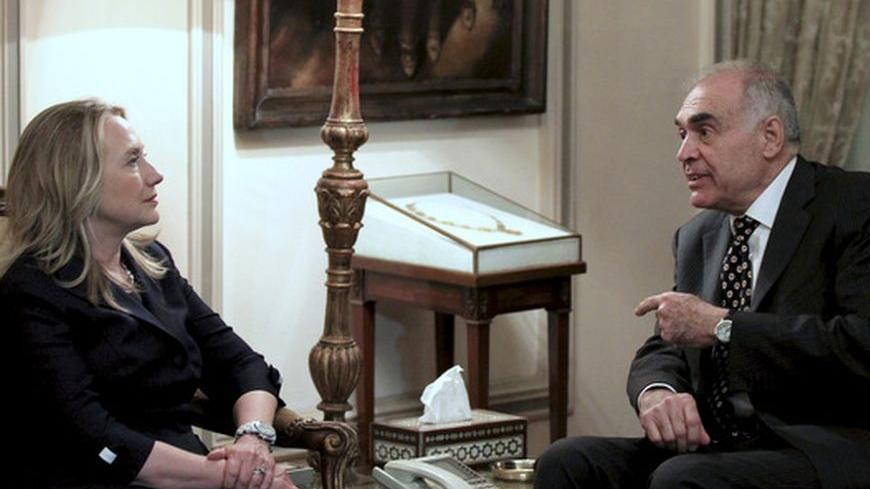 Egypt may be the land of the pyramids. But for the United States, these days it represents a landscape of boxes in which American policies and interests are trapped.

Former president Hosni Mubarak’s fall has opened up the political system for more Egyptians to reclaim control over their politics. Options for America, however, have narrowed — and the space available to advance US interests has shrunk considerably. Great powers don’t do well in these situations. Built up over time, their policies become entrenched and change ever so slowly (see Putin and Syria). And more than likely, American policy toward Egypt will evolve slowly or perhaps not very much at all. Given the anomalies and contradictions that characterize that policy, the change that does occur may not do much to boost US credibility in a region where it has little to start with.

Mubarak made it easy. There was one man, one policy, one address. For more than four decades, America hung its proverbial hat — support for the peace treaty with Israel, economic reform, cooperation against the region’s radicals, support for US security interests — on an Egyptian regime that promised stability (false though it proved to be) in exchange for acquiescence and support for authoritarian control.

No more. Washington is now stuck in a box — walled in on one side by anti-democratic generals whom it needs to maintain the treaty with Israel, and on the other by democratically elected Islamists, whose values are not its own and whom it doesn’t trust.

This conundrum will not be resolved anytime soon. The reason is simple. Egypt now has more competitive politics, but those who compete — the military and the Islamists who just happen to be the two most powerful forces in the country — will continue to do so, most likely at the expense of Egypt’s prosperity, security and democratic institutions. There will be no clear winners here, just a struggle for power and control. And the United States will continue to be trapped in the middle.

We can hope that a functional political system emerges from this competition with an enlightened leadership in possession of a truly national vision for the country. But that seems improbable anytime soon. The truth is that what happened in Egypt over the past 18 months wasn’t revolutionary enough — more evolutionary in character. Instead of one powerful pharaoh, Egypt may have now have two political movements vying for control, each determined to protect its own particularist vision for the country. We are already seeing the country’s institutions — courts, constitutional committees, parliament — compromised in the process. But unlike the Mubarak period, during which a measure of stability prevailed, this struggle will guarantee a series of crises. Neither side can best the other, so tensions are guaranteed to continue.

The anomalies and contradictions for the United States abound on at least three levels.

First there’s the peace treaty with Israel — the principal reason that America has such a close relationship with Egypt to begin with. If this relationship worsens as it almost certainly will, the odds that America will be in a position to assist Egypt economically will grow longer.

The billions that America has given Egypt in economic aid are a thing of the past. But even debt forgiveness and lending America’s prestige to operate tin cups in raising money from others may be much more difficult. The Egyptians are right to start cultivating ties with the Saudis for this reason alone.

Second, the need to keep the treaty intact and the Israelis reassured will mean that Washington cannot press the generals too hard, let alone abandon them. This means that the leverage flowing from $1.5 billion in military aid will likely not be available to push the military too hard in a more democratic direction. Again, the Israelis will lobby to ensure that America will not weaken its influence with the SCAF.

This will set up an immediate conflict between security interests and democratization. Congress will be pulled in many different directions. Some will want to press the generals; others will react badly if the Muslim Brotherhood acquires too much power. And all will want to ensure that the Egyptian-Israeli peace treaty doesn’t suffer. There’s a broader point worth making here. If the Egyptian-Israeli relationship worsens appreciably, the chances of getting the Israelis to show more flexibility on a deal with the Palestinians will diminish.

Third, the United States is going to have a very hard time creating a stable relationship with the Islamists when so many of its interests — from Israel to gender equality to democratic governance — seem to diverge from theirs. Even under the best of circumstances, with each side giving the other the benefit of the doubt, this is going to be a huge challenge. And important constituencies in Congress will be watching closely for signs of how a Muslim Brother comports himself on women’s rights, Christians and the relationship with Israel.

Finally, the biggest box of all may well be the way Egyptians relate to America’s Middle Eastern policies and to President Obama, once seen as a champion of change.

A Pew survey in March/April of this year had a full 76% of Egyptians polled actually opposing President Obama’s reelection. The polls give high marks to America’s popular culture and approach to business. But on issues relating to Israel and drone strikes against terrorists, attitudes in Egypt are consistently negative. A May 2012 public-opinion survey conducted by the University of Maryland’s Shibley Telhami noted that when Egyptians were asked to name the two countries that posed the biggest threat to them, 97% included Israel and 80% included the United States.

We talk about capturing hearts and minds in the Arab world. In reality, the order should be reversed. You can’t appeal to people’s emotions by prettying up the outside of the box if what’s inside remains distasteful. To change opinion you need first to appeal to people’s minds; only then will their hearts come around. This would mean altering America’s policies on issues like Israel, drone strikes, Gaza and Hamas. And that’s just not going to happen anytime soon, or perhaps at all.

As the political system opens up, public opinion is bound to exert a greater influence on the political elites responsible for decision-making. And the political space for America is bound to contract further. Before Mubarak’s ouster, attitudes toward US policy were already negative in Egypt and throughout the region. Indeed, America may find itself increasingly distrusted not just by the political elites — the military and the Islamists — but by much of the Egyptian public as well. Buckle your seat belts, America. You’re headed for a pretty rough ride.