As Assad Hangs on, Turkey Confronts Failure in Syria

Turkey’s policies in Syria have failed, writes Andrew Parasiliti. The best chance for resolving the crisis now lies with Lakhdar Brahimi. Incremental support for the Syrian opposition will only serve to prolong the fighting and intensify the border conflict, and President Gul's “worst-case scenario” could get even worse. 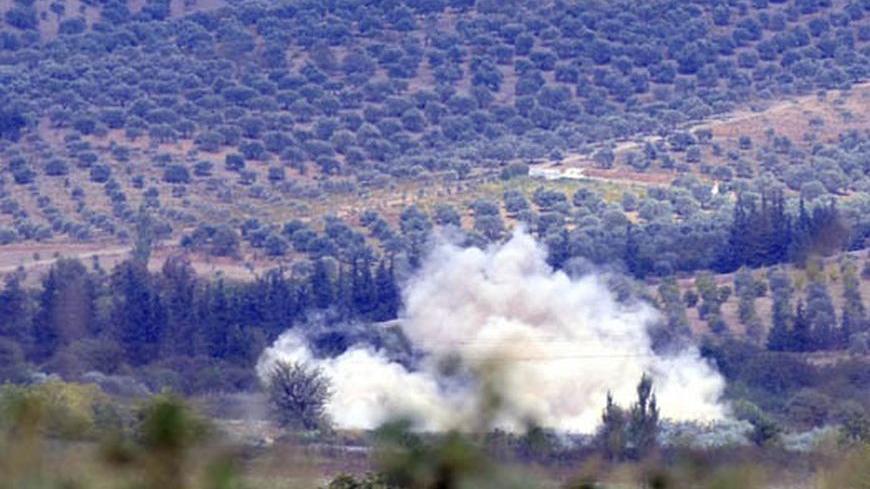 Turkish President Abdullah Gul said this week that Syria is becoming the “worst-case scenario that we’ve all been dreading.”

The shelling across the Turkish-Syrian border, now entering its seventh day, gives further testimony, as if any were needed, that Turkey’s Syria policies have failed and that the civil war in Syria is also a regional, sectarian war, with no end in sight.

Turkish intervention in Syria is unpopular and Ankara may be desperate to end it.  A clear majority of Turkish citizens oppose intervention in Syria, according to a recent poll. Just two years ago, Turkey prospered under a “good neighbor” policy with Syria, Iran and Iraq.  Now Turkey has problems along all three borders.

Any clear-eyed assessment of the battlefield does not foresee President Bashar al-Assad stepping down or being forced to step down anytime soon. Assad is committed to staying in place until constitutionally mandated elections in 2014, and he has not yet decided whether he will run in those elections. Russia and Iran have no interest in letting his regime fall.

There is a growing realization in Turkey and the region that a cavalry for the Syrian rebels from the United States or the Gulf countries will not be forthcoming.  The aid they receive may be just enough for them to keep fighting and hold some of the territory they control, but no more.

Even with more robust US support for the rebels, including direct arms supplies, no-fly zones and human corridors, as advocated by The Wall Street Journal and others, it's unclear if the outcome would be other than to prolong the violence that has already killed at least 18,000 people, according to the United Nations. These hawkish half-measures speak to what used to be called mission creep and would be unlikely to tilt the balance.

A full scale US-led NATO assault on Damascus, another alternative, does not appear in the cards. And even that would open a whole new set of questions, costs and potential quagmires, as the US knows from its experiences in Afghanistan, Iraq and Libya.  The Obama administration rightly does not want to go there in Syria.

Prime Minister Erdogan’s government, on the front lines, seems now to realize the futility of its current policies.  Foreign Minister Ahmet Davutoglu said this week that Syrian Vice President Farouk al-Sharaa would be a suitable transitional figure. Abdulbaset Sieda, the head of the opposition Syrian National Congress (SNC), backed by Turkey, also expressed a willingness to consider engagement with members of Syria’s Ba’th government and said an opposition meeting next week in Doha would consider next steps and a role for Sharaa.

Davutoglu’s naming Sharaa as a transitional figure, jumping over several steps of the transitional plan in the final communique of the "Action Group for Syria" agreed in June, reflects Turkey’s crisis and its desperation.

The comments by Gul and Davutgolu might also, however, signal a renewed commitment to a regional diplomatic effort.  If so, this is to the good.

The most hopeful, least reported news for Syria is that after a slow start, Lakhdar Brahimi, the joint special representative for Syria for both the United Nations and the League of Arab States, may have some momentum.

Brahimi has the support not only of the UN and The Arab League, but of Iran and Turkey. Iran is also undertaking its own diplomatic effort following the summit of Non-Aligned Nations in August; Egypt and Iraq are all floating regional diplomatic initiatives; and even Saudi Arabia, though hesitant, has signaled a willingness to engage.  Syrian Foreign Minister Waleed Moallem, in an exclusive interview with Al-Monitor on Sept. 28, endorsed the Iraqi and Brahimi initiatives.

The US can best use its leverage by encouraging the full support of Iran, Russia, Turkey and Saudi Arabia for Brahimi’s efforts to implement the Action Group transition plan agreed in June. This is not a perfect approach, but it is the best place to start.

On the other hand, incremental support for the opposition and the false expectations of a quick and decisive end to the Assad regime, will only prolong the war, increase the number refugees, intensify the border conflict between Syria and Turkey, and perhaps, over time, draw in Syria’s other neighbors as well.

The “worst-case scenario” described by President Gul could actually get worse.

Andrew Parasiliti is CEO and editor-at-large for Al-Monitor.