Turkey Prepares for Life After Its Syrian Quagmire

Cengiz Çandar writes that Turkey is counting down the last days of the Bashar al-Assad regime and in delight and relief. 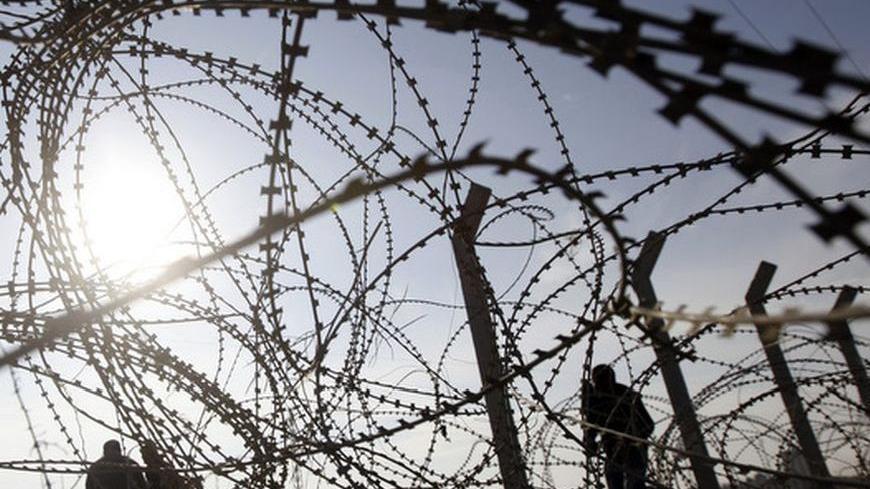 A consensus seems to have developed over last few days that the end of the Syrian regime is very near. Now in circulation as “intelligence information," the rumor mill’s favorite headline of the day is that Bashar al-Assad and his family will not be running the country in 2013.

Mind you, the Syrian regime’s life expectancy was already predicted to be short when the uprising started in March 2011. The hope that he was about to be toppled at any moment so prevailed that the Turkish government, which had promoted Assad as a “strategic partner” at the beginning of 2000s, dumped him and emerged as his most dedicated foe. How did that come about?

But when with the support of Russia, China and Iran, the regime didn’t give up as early as wished, the Syrian policy of the ruling Justice and Development Party (AKP) drew heavy criticism and opposition at home.

According to a poll by a reputable company, the results of which were not made public, there is a 7% decrease of support for AKP because of this displeasure with its Syrian policy. The manager of the research company shared this finding with me.

Turkish public opinion, also agitated by the opposition, feared that a war with Syria was in the offing and the government was dragging Turkey into the Syrian quagmire.

In fact, the government never intended to start a war Syria to depose its regime. I remember the foreign minister telling a group of journalists in an off-the-record meeting last year that the government was determined not to allow the Syrian crisis to become a bilateral Turkey-Syria issue.

This is why Turkey opted to take every step regarding Syria in coordination with the Arab League or the UN, and in the case of the Security Council could not function because of Russian and Chinese vetoes, to resort to other multilateral initiatives such as the meetings of the Friends of Syria.

Last week while flying to Brussels to get NATO approval to deploy Patriot missiles against Syrian Scuds, Davutoglu re-emphasized that Turkey never intended to send soldiers into Syria by saying, “Why should I have Turkey enter a war when the Syrian people will topple the regime with their own hands?”

One explanation for the widespread concern that Turkey will intervene militarily in Syria and that there will be war could be the government’s impotent diplomacy and meager public relations, despite a firm attitude by decision-makers.

The situation we have reached today might explain why Turkish decison-makers, led by Ahmet Davutoglu, are elated by the emerging prospects of Assad’s early departure. If Assad’s end becomes a reality, our AKP rule will not only be freed from its heaviest foreign-policy burden, it will also be able to boast of how wise its foreign policy was and gain a spectacular propaganda weapon against its opponents.

We heard from journalists covering the Syrian Friends meeting at Marrakesh last week that Davutoglu is fully immersed in this new mood. This is what Asli Aydintasbas wrote about it in Milliyet:

“We are at a turning point in the Middle East. Borders, balances, alliances will change rapidly in next ten years. The most interesting sights are Turkey holding hands with Northern Iraq, playing for regime change in Syria, investing in the Arab Spring and aiming to become the Middle East leader. One thing is for sure: If Turkey wins, it will win big.”

Then she wrote about Davutoglu: “He is smiling now. In addition to the satisfaction of being in the right place ethically, he feels the possibility that he might be winning. He is not as concerned with media criticism as before. It is now clear that Assad will leave, the regime will change and the Syrians will one day turn toward Turkey.”

The possibility that Assad regime will soon collapse has triggered debates on the transitional period and post-Assad era. Although Davutoglu is not revealing any secrets, he has discreetly suggested that Turkey has a plan for the future. Journalists accompanying him to Marrakesh and Abu Dhabi are writing about a transitional-period plan discussed with Russia, but they also say they couldn’t get anything about it from Davutoglu. I also remember Davutoglu offering some clues while we were flying to Brussels after the meeting with Russian President Putin in Istanbul.

The transitional-period plan, developed in close cooperation with Egypt, was submitted to Putin. This plan calls for a transitional period without Assad. We thus understand that some members of the Baath Party and the Syrian army will have roles in the transition period.

Turkey doesn’t want a repeat of 2003 Iraq scenario in Syria. Clearly what is on the table for Syria now is a plan that could best be described as the removal of the Assad family from governance and the regime continuing in the transitional period without Assad.

Russia does not seem to have given the green light to this transitional plan. It is also noted that Turkey’s most important misgiving about the post-Assad transitional period is about the Syrian Kurds.

Davutoglu is targeting the Democratic Union Party (PYD), which appears to have strong influence over the Syrian Kurds, and trying to marginalize it. According to Davutoglu, the PYD, which is recognized as an extension of Kurdistan Workers Party, is actually an arm of the Damascus regime, just like the shabbiha. As the PYD doesn’t distance itself from terror and is seen as hostile by Turkey, it will not be accepted as an interlocutor. Turkey prefers to deal with other Syrian Kurdish parties of the pro-Barzani Kurdish National Council.

An approach guided by this view may well instigate the Islamist elements of the Free Syrian Army to clash with the PYD. The Turkish approach may well plant the seeds of Arab-Kurd and Kurd-Kurd clashes.

When one considers that the conflict in Iraq between the Nouri al-Maliki government and Massoud Barzani’s Kurdish administration may well result in an Iraqi civil war, another Arab-Kurdish struggle in Syria will further complicate the issues and create even more problems for Turkey.

While Turkey is counting the last days of Assad’s regime and is obviously delighted with it, the near future of the Middle East continues to be a dilemma.