By continuing to engage PKK Leader Abdulla Ocalan, the government of Prime Minister Erdogan has failed in both its efforts to combat PKK terrorism and to resolve broader issues about Kurdish rights in Turkey, writes Tulin Daloglu. 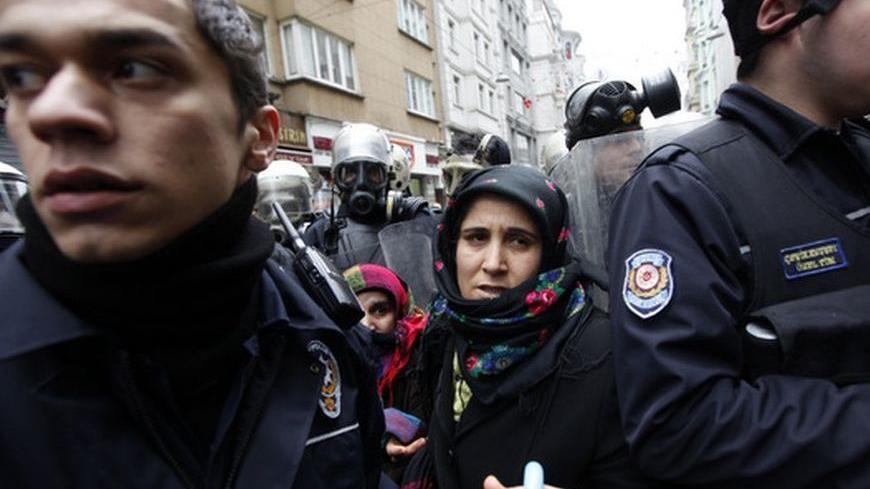 The government of Turkish Prime Minister Recep Tayyip Erdogan needs to face its failure to date in the fight against the Kurdistan Workers party (PKK).

Since Turkey jailed PKK leader Abdullah Ocalan in 1999, the state has been using him as a kind of interlocutor to combat Kurdish separatists and terrorists. Despite his imprisonment, Ocalan has oddly remained in the headlines, commenting on how to address the PKK and the broader subject of Kurdish nationalism.

Turkey’s strategy has been to keep Ocalan engaged so as not to allow the PKK to reorganize under a new leader. That way, Ankara seems to believe, the PKK would weaken and break, and eventually dissolve.

With this approach, Turkey has succeeded only in making itself more vulnerable to PKK demands, and therefore has allowed the PKK to take a greater role in speaking on behalf of the Kurdish population in Turkey, as well as a role for itself in both Syria and Iraq.

The bottom line is that this approach has failed Turkey, and it is time to change course.

When Erdogan’s government came to power in 2002, the Justice and Development Party (AKP) continued with the same policy toward Ocalan — indeed, making him even more of a focal point on the Kurdish issue.

Paradoxically, the new AKP administration was critical of the previous government for failing to resolve the Kurdish issue.

It presented itself as the only "doer" that would make a difference and introduced a new, secret strategy, of which the specifics were not disclosed to the public, begging the question of whether there was any coherent strategy at all.

Nevertheless, according to the Turkish military records, the PKK is responsible for the death of six Turkish soldiers in 2002 and more than 100 in 2012. In September, Erdogan said, “We have given a total of 144 martyrs, of which 107 of them are soldiers.” The number of Turkish soldiers falling victim to PKK terror has increased since then.

Speaking to Al-Monitor, Nazmi Gur, Van deputy of the Peace and Democracy Party (BDP), said Erdogan agreed to negotiate with Ocalan over the Kurdish issue.

“The [Turkish] state continued the negotiations in Oslo and Imrali for two years. Upon their request, Ocalan prepared three roadmaps as to how we can end this issue. But they then pushed them all aside,” he said. “Maybe that was the whole point of these negotiations. They tried to trick us, but it’s now backfiring.”

The Turkish public was made aware of these negotiations with the PKK in Oslo that took place under the supervision of the British government when a 50-minute voice recording was leaked, revealing that Hakan Fidan, who openly introduced himself at the meeting as the “special envoy of Turkish Prime Minister Recep Tayyip Erdogan.” The prosecutor in the People’s Confederation of Kurdistan (KCK) trials attempted to call Fidan, who later became the head of Turkish intelligence, to testify before the court in February 2012. Erdogan did not allow that to happen, and considered it an attempt to question his judgment.

Kemal Kilicdaroglu, the leader of the main opposition party, the Republican People's Party (CHP), has demanded that the AKP government brief members of the Turkish parliament in a closed session. He says he had no knowledge about these secret negotiations with the PKK, and considered direct talks with Ocalan “unacceptable.”

Elaborating on the issue, Safak Pavey, Istanbul deputy of the CHP, told Al-Monitor that the government’s attempt to tie the entire Kurdish issue to Ocalan proves that it is not really working for a solution.

“For one side, he [Ocalan] is the 'baby killer,' and for the other, he is a public hero,” explains Pavey. “There is no way to bridge this difference, and making him the center of these negotiations only means that the government is trying to gain time in order to get other things done.” These are, according to Pavey, the AKP’s attempts to slowly and gradually move the Kurdish population to be more Islamic centric, rather than prioritizing their ethnically different aspirations. “That’s why the prime minister calls the members of the PKK and BDP Zoroasters, atheists, devil worshippers and the like. Such terminology in these lands is much more dangerous than calling one a terrorist.”

“There is an easier path to solve the Kurdish issue,” Pavey told Al-Monitor. “Let’s go to a referendum and ask the Kurdish people what they want. We will then know for certain step-by-step as to what they want, and we will then be able to negotiate those demands with everyone transparently who had sacrificed.”

While Pavey’s proposal remains a distant possibility, several BDP deputies announced that they are joining the “indefinite” hunger strike to force the government accept their demands. Those deputies are Gulten Kisanak, Aysel Tugluk, Emine Ayna, Sirri Sureyya Onder, Sabahat Tuncer and Adil Kurt, as well as Diyarbakir mayor Osman Baydemir. Today nearly 700 Turkey’s Kurdish prisoners, who are put behind bars for being members of the KCK or the urban arm of the separatist Kurdish terrorist organization, the PKK. They have two main demands: that the government allows them to make their legal defense in Kurdish and that it opens peace negotiations with the jailed PKK leader Abdullah Ocalan.

At first, Erdogan was in denial of the hunger strikes. In October, during a state visit to Germany, he said, “There is only one person who is on hunger strike in Turkey. While the [Kurdish] deputies and members of the separatist organization are eating their kebaps in joy and laughter, they’re telling the [prisoners] to die. There is no hunger strike, but a show.” And on Sunday, Erdogan echoed himself. “These hunger strikes or death strikes, these are all about blackmailing. These are bluffs.”

In the end, the question remains whether the Erdogan government has any strategy to solve the Kurdish issue. On one day, the prime minister says he will support the change into law that will allow Kurds to use their native tongue in court. The next day, he recalls his criticism of the coalition government of 1999 — that they agreed to end the death penalty and saved Ocalan from execution by hanging.

This attitude — coming from the highest authority of the Turkish government — does not help to create a space for negotiations. The lives of the first group of prisoners, who went on hunger strike on Sept. 12, may be in jeopardy as their health deteriorates .

The BDP leader Selahattin Demirtas assured strikers that the protest will continue. Nazmi Gür tells Al-Monitor that "We believe there are more than ten thousand Kurds imprisoned under the KCK, and we may all together go on hunger strike if need be."

The Turkish parliament should hold public hearings so that steps are taken toward a viable and effective policy to end the bloodshed over the Kurdish question and unite all Turks toward their common future.