While all eyes were on the nuclear talks with Iran last week, Iran was actually looking at new possibilities in Afghanistan and Pakistan as US withdrawal from the region draws near, writes Meir Javedanfar. The dynamics of Iran's relations with its rival Pakistan have changed since the US invasion, much to Iran's favor. 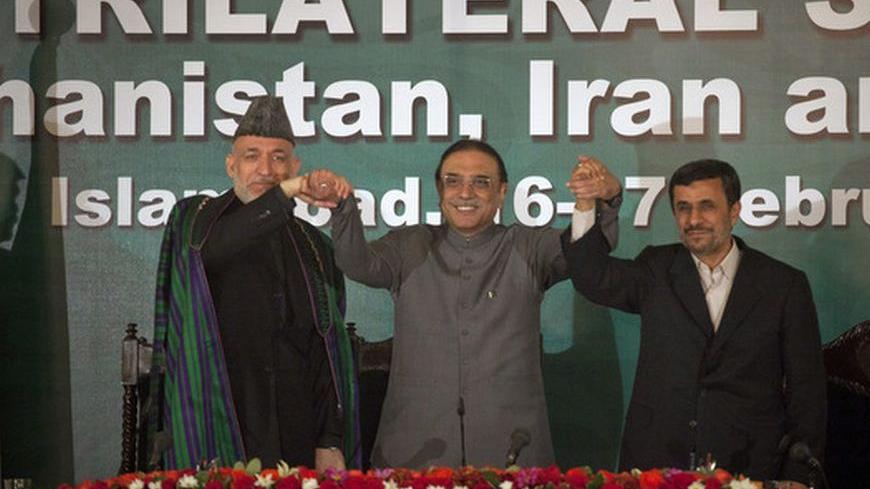 While eyes are on the nuclear talks, Iran is looking at new possibilities in Afghanistan. The majority of US and NATO forces are set to leave Afghanistan in 2014, and Afghanistan will be holding elections the same year. These events could provide the Islamic Republic of Iran with a new set of opportunities for its Afghanistan policy.

Post-revolution Iran has found Afghanistan to be a challenging place — not only because of its fractious political system and the ongoing war there, but also because of its rival, Pakistan. For years, Iran and Pakistan tried to undermine each other's influence in Afghanistan. Before the US invasion of 2001, they even fought proxy wars. Pakistan supported the Taliban government and the Iranian government backed its rival, the Northern Alliance, headed by the late Ahmad Shah Masoud. The two fought a bitter civil war which ended when the US invaded Afghanistan and beat the Taliban with the help of the Northern Alliance.

After the US invasion the two continued to undermine each other's political influence by forming political alliances against each other. When the Iranian government gave sacks containing hundreds of thousands of Euros to Hamid Karzai during his visit in October 2010, it wasn't just looking to pull him away from America's influence. The Iranians also wanted to pull him further away from the Pakistanis as well.

Now that America and NATO are slowly departing Afghanistan and leaving it in the hands of the Afghans, political instability could ensue. This could be especially true about the period after the 2014 elections. According to Afghan laws, Karzai won't be able to run for office for a third time and there is no guarantee that the current reconciliation talks with the Taliban will succeed. It's anybody's guess what could happen after the next elections. If history is to repeat itself, we could see more chaos and political infighting.

“This would provide Iran with an opportunity," states Alex Vatanka, a senior fellow at the Middle East Institute in Washington DC. Vatanka, who is currently writing a book on Iran–Pakistan relations added that “Iran would be able to use the infighting to buy the loyalty of different factions, especially Shiites and Persian-speaking groups such as the Tajiks. This would give Iran continued, if not increased, influence in Afghan politics”.

In fact this time round, Iran may find that promoting its interests in Afghanistan may be less challenging.

The dynamics of Iran's relations with its rival Pakistan have changed, much to Iran's favor.

These days, unlike the days when the Taliban ruled Afghanistan with Pakistan's help and attacked Iran's allies, Pakistan badly needs Iran's gas resources to produce energy at home. The Pakistani government has already determined that the imported natural gas from Iran would provide the cheapest and most suitable fuel for power generation. There is also the question of volume. Some analysts have estimated that gas from Iran could provide at least 20 percent of Pakistan's energy needs. Others have suggested 50 percent. With power outages lasting as long as 12 hours, Pakistan's economy and its population are badly suffering. The Iran-Pakistan pipeline is the best alternative which Pakistan has to import energy as Iran is ready and willing and has in fact constructed 900 km of the 1100 pipeline. The other alternative is the Turkmenistan–Afghanistan–Pakistan–India (TAPI) pipeline. However this option is years behind compared to the Iranian option . Its also far riskier. Which country would want to rely so much of its energy needs on a gas pipeline which runs through the notoriously insecure and unstable Afghan territory?

Pakistan's pipeline has faced much criticism and pressure from the American government who has spearheaded the sanctions campaign against Iran. However help may be at hand from Russia. Gazprom has already promised to help Pakistan build the pipeline from its border with Iran right into Pakistani territory.

With Vlademir Putin returning to the presidential office, it is expected that he'll follow a much less cooperative stance towards the US. In fact he has accepted an invitation to visit Pakistan this year, after he has taken his presidential oath. This would make him the first Russian president to make such a visit. The fact that Obama refused a bilateral meeting with his Pakistani counterpart, Asif Ali Zardari, during the recent NATO conference in Chicago speaks of the widening rift, which Putin will most probably will want to exploit.

Backing the pipeline deal could turn out to be his magic shot in deepening the current rift between Pakistan and the US, something which Tehran would welcome with open arms.

This is in addition to Iran's own efforts in pulling Pakistan away from the US. Sensing that the rift between Islamabad and Washington is increasing over Afghanistan, Iran's president has decided to use the opportunity to reach out to Pakistanis. “Pakistan's enemies will be considered as Enemy of Iran”, proclaimed Iran's president Ahmadinejad in a meeting with Dr Firdous Ashiq Awan, Federal Minster for Regulation & Services on May 20. His message was widely covered in the Pakistani press.

Responding positively to Iranian outreach could also prove to be a popular move for Pakistani president Zardari, as Iran's nuclear drive is popular with the Pakistani people. In a recent  21-nation Pew Global Attitudes survey, Pakistani people were the most favorable between all surveyed nations to Iran acquiring nuclear weapons (50 percent). They also ranked lowest among those surveyed who believe that a nuclear Iran would be a serious threat, with only 13 percent seeing it as a serious threat. In the same survey, 76 percent of Pakistanis give Iran a positive rating, higher than anyone else. Most interesting of all perhaps is the surveys finding that “about half of Pakistanis (47 percent) express a favorable opinion of Ahmadinejad, while just 6 percent give him an unfavorable rating (47 percent do not offer an opinion).” President Ahmadinejad could only dream of such high approval ratings at home.

The reason for such popularity seems to be related to increasingly anti-American sentiments between Pakistan's population. This is due to numerous reasons, among them the controversial US drone attacks inside their territory which recently killed more than 20 Pakistani soldiers. It seems that an increasing number of Pakistanis see the Iranian government as a victim and a possible ally to confront the US. This could explain why instead of them not wanting Iran to have nuclear weapons because it could become Pakistan's rival, 50 percent of them want the opposite, and in fact want Iran to have nuclear weapons.

By using its energy influence and political popularity in Pakistan as leverage, Iran may find that in the new Afghanistan, its old Pakistani rival may be more cooperative than before. Zardari will have to walk on a tight rope between Tehran and Washington, only this time, he will most probably find Iran's position more difficult to ignore.

Meir Javedanfar is an Iranian-Israeli Middle East analyst. He teaches Contemporary Iranian Politics Course at the Interdisciplinary Center (IDC) in Herzliya. He tweets as @Meir_J.