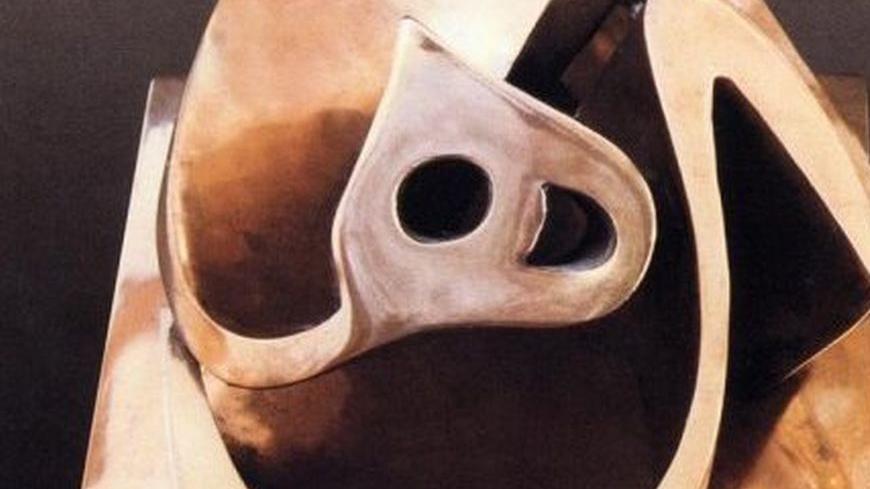 Parvis Tanavoli's 'Heech' means nothing, or null in Farsi. He writes the word in the Farsi script and places it in different positions and forms. - Facebook.com, ParvizTanavoli 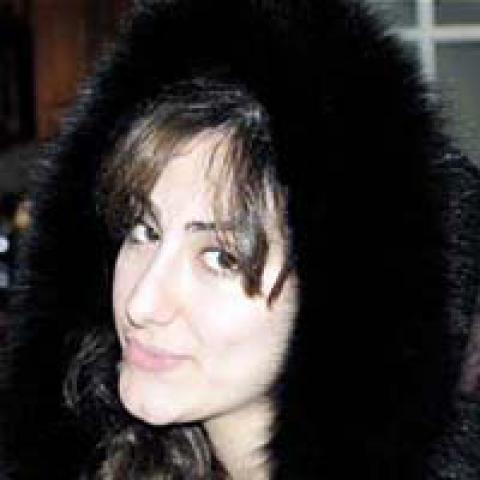 For a mystic like ancient Sufi poet and philosopher Jalal al-din Rumi, the progression toward “nothingness” — known in Persian as “heech”— is spiritual.  No matter what one’s external circumstances may be, self-awareness is an art to be realized personally, deep within oneself.

“Since you are more than tongue can tell, behold how eloquent I am without a tongue,” he wrote almost eight centuries ago. “Like the moon, without legs, I race through nothingness.”

Iranians have, throughout their history, engaged in this pursuit of spiritual progression — both during Iran’s millennia-long institution of monarchy and also after the country’s 1979 Revolution, which brought with it the establishment of an Islamic Republic.

Through it all, they have adapted to the challenges that came with new shifts in rule, infusing the realities of their external circumstances into personal rituals (such as holidays or prayers), and saturating their poetry and art with symbolism. Through the written word, the creation of art and an inherent flexibility, Iranians have always managed to communicate “without a tongue.”

Rumi, whose 800 year-old poems are, coincidentally, the most widely read throughout the United States, remains deeply revered within all strata of Iranian society. His teaching of humanity as Heech, or nothingness, is most prominently conveyed through the work of contemporary Iranian artist and sculptor Parviz Tanavoli.

Tanavoli’s sculpture, Poet Turning into Heech, which depicts the body of a man turning into a poet, is the centerpiece of the Metropolitan Museum of Art’s permanent collection of contemporary Iranian art in New York.

Like the word Heech, which is written in Farsi script, the flexibility embodied by Tanavoli’s Poet melds elegantly with its environment. “Artists, to me, are also poets,” Tanavoli told me. “The Poet is a man who feels everything, senses everything but cannot change anything. It is now the poet who determines philosophy, makes a statement and criticizes the structures of our societies... and tries to reflect it in his artwork."

Nestled within the Met’s newly renovated Galleries for the Art of the Arab Lands, Turkey, Iran, Central and Later South Asia, the contemporary Iranian art collection embodies seven works by six Iranian artists, each conveying a raw fusion of historical and contemporary subjects spanning the realms of philosophy and identity, gender and politics, poetry and society.

Each artist fits into one of three generations: Monir Shahroudy Farmanfarmaian (b.1924) and Tanavoli (b. 1937) were both born and raised during the reign of Iranian monarch Reza Shah Pahlavi; Y.Z. Kami and Shirin Neshat, born respectively in 1956 and 1957, grew up during the reign of his son, Mohammad Reza Shah. Ali Banisadr and Afruz Amighi, who were only three and five years old when Iran’s monarchy was overthrown in the country’s 1979 Revolution, witnessed the establishment of an Islamic Republic and grew up during the 1980s while their country was embroiled in a bloody eight-year war with Iraq.

“What makes these works so profound is the works in and of themselves, but also their connection to Iran,” says Sheila Canby, the Patti Cadby Birch Curator in charge of the Met’s Department of Islamic Art. “The references to earlier history make these works much more interesting, and add dimensions that wouldn’t be there if it was just photojournalism,” she said.

Tanavoli agrees. “Of course, artists are moved and also touched by their history and political situations, wherever they are — they cannot escape it. Some reflect it more personally than others.”

One such artist is Afruz Amighi, who left Iran as a child soon after the country’s revolution, and was raised in New York by Zoroastrian and Jewish parents.

In her creation of Still Garden, Amighi uses woven polyethylene — the material used to build refugee tents — that she has hand-cut with geometric patterns alluding to the history and art of Iran, Turkey and Andalusia.  Light projects through Still Garden to convey, as much of Amighi’s artwork does, a view of her native Iran from afar.

A group of about 40 Iranian-Americans based in New York, Connecticut and New Jersey have spearheaded fund-raising efforts to advance the Met’s new acquisitions of contemporary Iranian art. They raised over $1.5 million for new acquisitions of contemporary Iranian art at their 2011 and 2012 Noruz at the Met Galas, in celebration of the Iranian New Year. The total raised in support of Iranian programs through Noruz at the Met has reached $4 million over five years.

“Hundreds of years from now, visitors to the Met will see on display a collection showcasing the talent of today’s Iranian artists,” says Bijan Mossavar-Rahmani, who along with his wife Sharmin, are members of the organizing committee of the Met’s annual Noruz Gala. “Meanwhile, we will continue to have galas and raise money to promote and preserve Iranian art and help build this collection — all within the context of the Met.”
At this year’s Noruz Gala, guests left with a glass Heech paperweight created for the event by Tanavoli. With it came a card inscribed with a quote from a Rumi book the sculptor says was “his companion” when he first left Iran as a young man to train in sculpture overseas.

Through his readings of Rumi and his study of Sufi philosophy, the Iranian artist said he came to understand that it “was not life that amounts to nothing, rather nothing that brimmed with life itself.” Years later, those poems “were still whispering” to the sculptor as he began to shape and mold his Heech.

The beauty of such flexibility is rooted in the Sufi premise that divinity can be realized and understood within the self, in spite of whatever one’s circumstances may be, Tanavoli said.

In other words, notwithstanding a society’s restrictions or political strictures, or even the ordinary hardships of daily life, there is promise in “nothingness” and strength in art, wherever we are. There is hope.

Note: On display at the MET until September, the permanent collection of contemporary Iranian art owned by the Galleries for the Art of the Arab Lands, Turkey, Iran, Central and Later South Asia is expected to be exhibited thereafter at the Whitney Museum of American Art’s Marcel Breuer building, which the MET will take over in 2015.

Roshanak Taghavi is a journalist focusing on the politics, culture and economics of Iran and the Middle East. Follow her on Twitter at @RoshanakT