Relations between Iran and Turkey are likely to deteriorate in 2013, including over the PKK and the Patriot missile deployment, writes Cengiz Çandar. 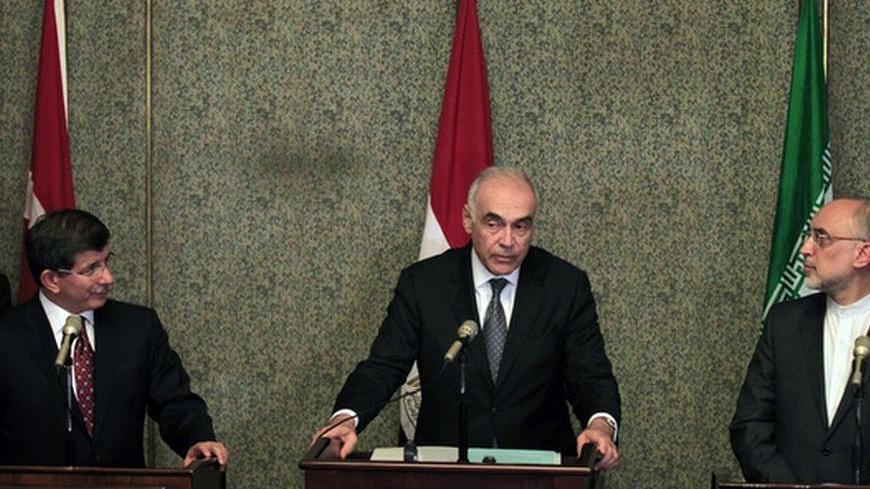 That Turkey and Iran are engaged in a heated rivalry for influence in every corner of the Middle East is obvious. This has been going on for centuries, starting in ancient Persia and the geopolitical heartland of ancient Greece, today’s Turkish Aegean region.

To this geopolitical struggle was added a new dimension of rivalry between a Sunni and a Shiite power centers, induced by 15th-century Ottoman-Safavid wrangling. The irony was that this new rivalry was between two Turkish dynasties. In terms of ethnicity, the Safavids who ruled Iran could well be considered more Turk than the Ottoman dynasties, who, for political alliances, married into Christian monarchies and Byzantine remants.

The Turkish characteristics of two neighboring dynasties could not change the imperatives of geopolitics. It was the Safavids who developed Shiism in Iran, at the time majority Sunni. It was during the reign of the Safavids that Shiism became the official state religion of Iran. Since then, Iran has taken its place on the regional and international stage as the hub of Shiite power.

In the era of Qajars, another Turkish dynasty that replaced the Safavids, the Turkey-Iran rivalry continued with instruments of war. In the Ottoman-Iranian wars, today’s Iraq, especially Baghdad, frequently changed hands until 1639, when the struggle ended with the Qasr-i Shirin Accord, which drew today’s Iran-Iraq and Iran-Turkey borders. For 400 years, apart from some modifications, those borders did not change and spawned no irredentist demands from Turkey and Iran.

In this context, Qasr-i Shirin has been an indicator of how deep Turkish-Iranian relations were. These two geopolitical areas, no matter what kind of regimes governed them, recognized each other as experienced and established states and adhered to a code of conduct that restrained their competition for influence and power and prevented the use of force — so much so that, when there is tension between the US and Iran and Turkey is criticized for taking a more independent position vis-à-vis Iran, Turkish officials ironically remind the Americans that Qasr-i Shirin demarcated that unchanging border between Iran and Turkey, dating back to 150 years before the USA’s establishment.

For these reasons, Turkey and Iran, even in periods of escalating rivalry and regional contest for influence, have been careful in the language they have used with each other.

But in recent times, an erosion has been detected in this code of conduct. Iranian officials have been incessantly criticizing Turkey for its position on Syria. Both the language and the tone of Iranian criticism became strong following the decision of NATO to deploy Patriot missiles in Turkey. Iranian chief of Staff General Firuzabadi went as far as warning that the Patriots cold cause a third world war. Prime Minister Erdogan said he did not accept Firuzabadi as an interlocutor.

NATO might have decided to deploy the Patriots along the Turkish-Syria border as part of its future plans for Iran. Iran may well be justified in its questioning of NATO’s intentions. Nevertheless, it is worth noting that the finely tuned relationship between Turkey and Iran is losing its shape, battered by polemics and uncontrolled rhetoric. For the future of the region, this signals a major risk and danger potential.

As we are busy with the approaching end of the year, the latest such deviation from customary restraint was the statement of the Turkish Minister of Interior Idris Naim Sahin to daily Zaman and Aksiyon magazine when he openly spoke of an Iran-Kurdistan Workers Party (PKK) linkage. Zaman headlined on Dec. 24 the minister’s statement under “Logistics support to PKK from Iran."

Minister Sahin said, “The terror organization is using Iran for accommodation, transit, training, medical care, recruiting, financing and propaganda. Moreover, some weapon transfers are conducted from there. Iran is not paying much attention to security measures in border regions.”

Turkish intelligence services are aware that Iran is in touch with the PKK, which has its command center in the Kandil Mountains, half of which are in Iranian territory. We know that their relations have developed even more since the March 2011 eruption of the Syrian crisis and that a yet-unlabeled Iran-Syria-PKK cooperation structure now exists. Turkish decision-makers, led by Erdogan, are aware of this. We can even add Iraqi Prime Minister Nouri al-Maliki, whose relations with Turkey have deteriorated sharply, to this network. After rumors that Maliki recently met with PKK officials in Baghdad last week, Salih Muslim, the leader of the Syrian Kurdish Democratic Union Party (identified as the extension of the PKK and is certainly most dominant Syrian Kurdish organization), was received in Baghdad by Maliki.

In an era when ad hoc alliances and coalitions are being formed, Iran perceives a USA-Sunni axis supported by Turkey, Qatar and Saudi Arabia. Tehran’s logistical support to the PKK is not hard to understand, and is well known by Turkish officials.

But to hear this loud and clear from a senior official, Minister of Interior Idris Naim Sahin, and having it banner-headlined in Zaman is a new, unusual development.

What makes it even more interesting is the personality of Idris Naim Sahin. He is a name identified as a “fascism proponent” with statements and utterances that shock the country’s liberal-democrat public opinion. More so, he is seen as one of the hawkish spokesmen of the government and the state on the Kurdish issue.

There is wing in the state and government that is inclined to negotiate with the PKK. If that succeeds, the PKK card will be taken away from Iran and the Syrian regime. But the hawkish line championed by Idris Naim Sahin advocates a policy of suppression and elimination against the PKK and its legal extension, the Peace and Democracy Party (BDP).

This policy is implemented with waves of arrests known as “KCK operations” to sever the links between the PKK and the BDP. About 10,000 BDP members have been arrested on charges of belonging to KCK, which is accused of being the PKK’s “parallel state structure.”

We are living through a period when domestic and foreign policies in the region all are muddled and unfathomable from outside.

Turkey is no exception. If Idris Naim Sahin’s latest remarks are a harbinger of future Turkey-Iran relations, then 2013 is prone to great dangers and risks for the Qasr-i Shirin heritage.

Cengiz Çandar is a contributing writer for Al-Monitor's Turkey Pulse. A journalist since 1976, he is the author of seven books in the Turkish language, mainly on Middle East issues, including the best-seller Mesopotamia Express: A Journey in History. He contributed to two Century Foundation publications: Turkey's Transformation and American Policy and Allies in Need: Turkey and the US. He is currently senior columnist of Radikal in Istanbul. Candar was a special foreign policy advisor to Turkish President Turgut Özal from 1991 to 1993.