With his provocative visit to the contested island Abu Musa, Ahmadinejad has demonstrated that even after seven years he is still a political novice. 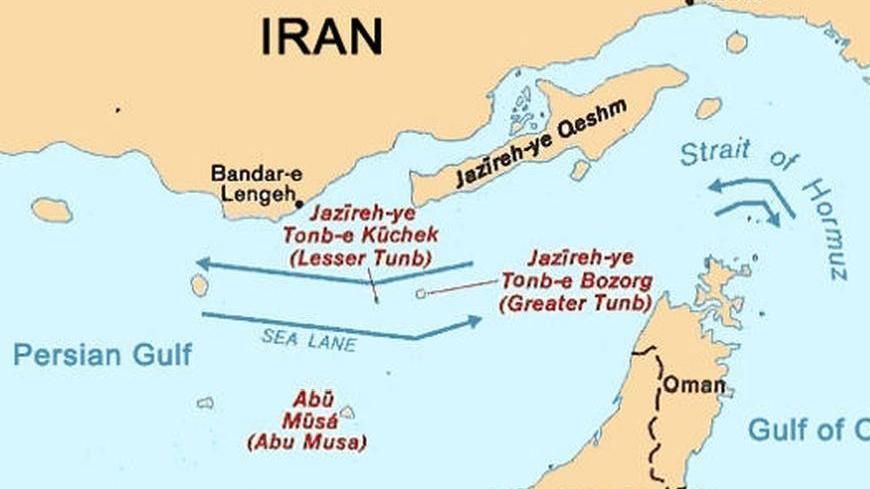 Another crisis is brewing in the Middle East, this time between the Islamic Republic of Iran and the United Arab Emirates. Iranian president Ahmadinejad took the unprecedented step of visiting the disputed Gulf island of Abu Musa that both countries claim along with two other islands of Lesser and Greater Tunb. This prompted the normally reticent UAE to condemn the visit in the “strongest possible terms” and recall its ambassador from Iran. Additionally a football match between both states was cancelled by the UAE.

The UAE maintains that Iran occupied the three islands in November 1971 in the cover of the night during the short window between the British withdrawal from the Trucial States and the announcement of the UAE as a federation of these states. The UAE archives carry pre-invasion photos of the islands with the flag of the UAE emirate of Sharjah hoisted.

Since Iran seized the three islands by force in 1971, it has employed a policy similar to successive Israeli governments of “creating facts on the ground” while the territories remain under its control. In 1992 Iran banned the entry of 100 UAE citizens of Abu Musa to the island. It then started a slew of infrastructure and settlement projects such as building an airport, a desalination plant and a courthouse. Then following the presidency of Iran’s Mohammed Khatami (1996-2004), Iran’s politically novice and provocative president Mahmoud Ahmadinejad identified the UAE islands as a means to deflect internal grievances and garner support from hardliners. In 2008, after more than a decade of silence on the issue Iran announced additional construction projects including expanded settlement activity.

Throughout the years the UAE has called upon Iran to either resolve the dispute through direct negotiations or the through the International Court of Justice in The Hague. Iran continuously maintains that, "according to international documents and historical background, there is no doubt about Iranian ownership of the three islands" adding that the ICJ has “no jurisdiction” over the islands. Back in 2001 Bahrain and Qatar went through a similar process at the ICJ that is proposed by the UAE over disputed islands in the Gulf and resolved the issue after decades of misunderstanding.

Ahmadinejad has demonstrated that despite being in office for seven years, he is still a political novice. Whereas the UAE has constantly strived to lessen the economic impact of the UN sanctions on the Iranian people and has repeatedly stated that it will not impose non-UN sanctions on its northern neighbor, Iran has shown very little goodwill towards the UAE or its Gulf neighbors.

As I have argued before, it has been a constant policy of successive Iranian governments to deflect attention from internal problems by championing political projects that have little to nothing to do with their own citizens legitimate grievances. From interfering in the affairs of regional countries to its support of the brutal regime of Syria’s Bashar Al Assad, Iran’s government seems all too willing to squander precious financial resources on regional adventurism instead of tackling the urgent requirements of its growing population. The policy of regional escalation is the Iranian government’ way to cover its economic, political and social failures over the past several decades. For instance, going by the World Bank data, the economies of the Iran and the UAE are of roughly a similar size, that is despite Iran having ten times the population and numerous additional natural resources. Iran also suffers from various internal challenges including the disenfranchisement of the Arab, Baluch and Kurdish populations. Additionally, the Iran Census Centre indicated that “urban unemployment stands at 12.5 per cent, rising to 29.1 per cent for those under 25,” according to the Financial Times.

There are several other reasons why the Iranian government chooses not to engage in two-way dialogue or international arbitration to solve this 41-year-old dispute. The disputed islands “cause” serves the narrative of “resisting foreign pressure” and international conspiracies that the Iranian government’s media machine markets to its population. The islands also form a strategic triangle into the entrance of the Gulf that Iran may need to shut down the Straight of Hormuz should it come under an Israeli attack. There is also a possibility of significant gas and oil deposits that certainly whets the appetite of Iran’s corrupt and repressive Revolutionary Guard Corps that by some estimates controls up to a third of the economy.

The Middle East is certainly in no need of further escalation of tensions. The solution to the disputed islands is very simple in fact; the UAE has repeatedly demonstrated that it will accept international arbitration over the sovereignty of the islands so it can turn a new page of relations with Iran to the benefit of both people and the Middle East. In the interest of regional peace, the world should encourage the Iranians to take up the UAE’s offer while it’s still on the table.

Sultan Sooud Al Qassemi is a UAE based political commentator. He tweets as @SultanAlQassemi.