The UAE deputy foreign minister’s address to the United Nations stirred up the territorial dispute, which has long been at the very core of tensions between the Arab state and the Islamic Republic. 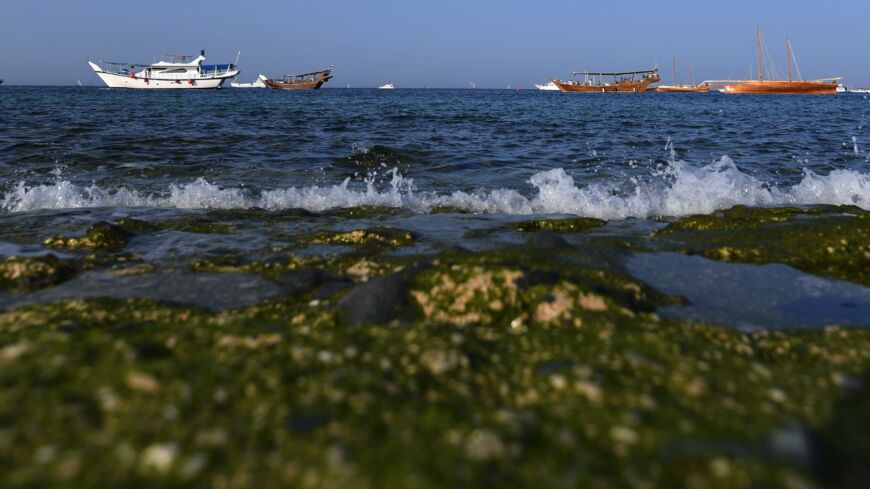 A picture taken on May 3, 2019, shows boats off the coast of the island of Sir Abu Nuair between the Gulf emirate of Sharjah and Iran's territorial waters, 80 kilometers off the coast of Dubai. - KARIM SAHIB/AFP via Getty Image

“The three islands are inseparable swaths of Iranian territory and any claim on them is vehemently rejected,” read a statement by Iran’s permanent mission to the United Nations.

The statement came as a response to UAE Deputy Foreign Minister Khalifa Shaheen al-Marar, who told the UN General Assembly on Monday his country would continue to demand “sovereignty over the islands occupied by Iran.” He was referring to Abu Musa, Lesser Tunb and Greater Tunb, all located in the strategic Strait of Hormuz.

The Iranian side also issued a gentle reminder to the Emirati official to apply “the accurate designation … for the waters stretching between the Arabian Peninsula and the Iranian plateau.” With extreme sensitivity, Iranian authorities have argued that based on numerous historical documents, the “Persian Gulf” is strictly uninterchangeable with the “Gulf” or the “Arab Gulf."

After the British pullout in 1971, the three islands were controlled by the Imperial Iranian Navy during the reign of the last king in the Pahlavi Dynasty, Mohammad Reza Shah, who was overthrown eight years later. Yet the Islamic Republic has relentlessly maintained the status quo in the three islands. In his speech, Marar reiterated that Iranian control was “in flagrant violation of international law and the United Nations Charter."

The contested islands have not been the only point of contention between the two sides in recent years. The wars in Syria and Yemen have seen Tehran and Abu Dhabi trade barbs on two opposing fronts. Even Iran’s former Foreign Minister Mohammad Javad Zarif placed the UAE’s Crown Prince Mohammed bin Zayed in a list of warmongers he referred to as the "B-Team," which also included former US national security adviser John Bolton, ex-Israeli Premier Benjamin Netanyahu and Saudi Crown Prince Mohammed bin Salman.

Notwithstanding all those tensions and regional rivalries, both Tehran and Abu Dhabi have come out with occasional signals for rapprochement in the past two years. Only months into the coronavirus pandemic, with which Iran is still grappling as the worst-hit Middle East nation, the UAE shipped much-needed medical supplies to help the Islamic Republic control the raging virus.

And back in August, Iran’s hard-line President Ebrahim Raisi met with an unnamed UAE envoy in Tehran before his official inauguration, calling the Emirates an “honest friend” as he spoke of willingness for closer ties.

Despite those diplomatic gestures and efforts, however, Iran’s latest statement on the three islands demonstrated little more than zero progress toward de-escalation, as it noted that Tehran does not even recognize the issue as a “dispute”; rather, they consider it a “misunderstanding."