Amid Arab Spring, A Road Map Exists for US Economic Ties

With traditional US alliances shifting and some Middle East economies in turmoil in the wake of the Arab Spring, Danny Sebright, president of the US-UAE Business Council, argues the bilateral economic relationship between the US and UAE could be a road map. 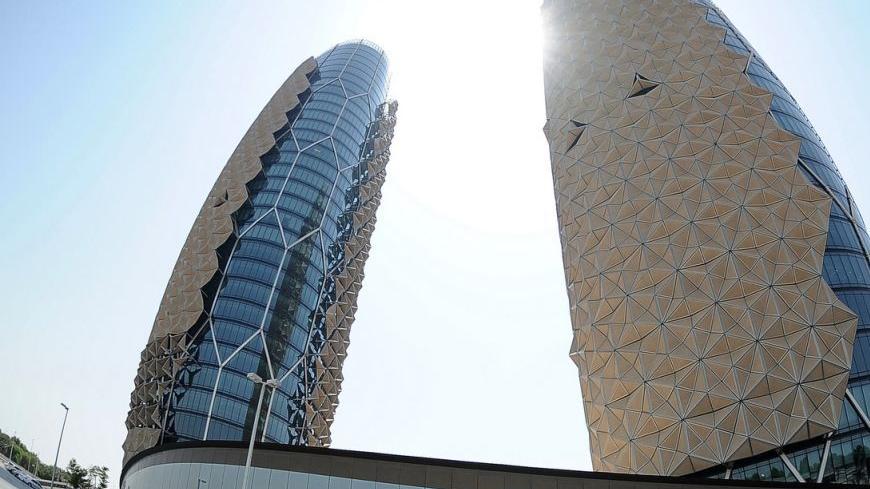 Al Bahar Towers in Abu Dhabi, Sept. 11, 2012. A particular feature of the building is the "Mashrabiya" a unique, dynamic solar shading system made up of individual units designed to open and close during the course of each day in response to the movement of the sun. - REUTERS/Ben Job
September 11, 2012

Senior government and business officials from the United Arab Emirates (UAE) will gather in Washington this week for two independent events underpinning the robust US-UAE strategic relationship. On Thursday the second installment of the US-UAE “Economic Policy Dialogue” (EPD) meeting will take place. This meeting will facilitate government-to-government collaboration to promote trade and discuss economic policy. The second event, Dubai’s Emirates Airline’s expansion of nonstop flights from the UAE to Washington's Dulles international, will occur over the course of Wednesday and Thursday (Sept. 12-13) and involve private and public events designed to show case the close business and economic partnership between our two countries.

Both of these events highlight the evolution of the US-UAE economic relationship and the deepening connections between the two countries.  While the UAE has not been immune from the calls for political reform in the Middle East, it is also a model for stability and a centerpiece for US interests in the region.

For its part, the UAE has become an engine of economic growth and a haven for entrepreneurship in the Middle East region as it continues to attract international commerce.  The country’s GDP has reached $360 billion, which ranks second in the Arab League and is on par with countries like Chile, Denmark, and South Africa.

Although a major oil producer, the UAE has taken steps to diversify its economy to build a future that is less dependent on carbon fuel revenue. Today, the nation is a center for international business, a global hub for shipping and aviation, and is growing rapidly into a major tourism destination.  The country is also positioning itself as a powerful thought leader and innovator in medicine, education, and Arab language media content.

As the UAE’s economy continues to diversify and expand amidst an uneven global recovery, it has become America’s largest trading partner in the region — a distinction the UAE has held for three straight years. In 2011, US exports to the UAE totaled $15.9 billion and recent data show exports from the US to the UAE increasing nearly 60% during the first six months of 2012. According to the US Commerce Department, every $1 billion in US exports translates into roughly 10,000 jobs at home.

Furthermore, more than 1,000 US businesses now have a presence in the UAE, ranging from multinational corporations to small and medium-sized enterprises (SMEs). These businesses are attracted to the UAE’s strong logistics and transport industries as well as central geographic location.

The UAE is also a significant investor in the United States and supporting thousands of additional American jobs.  Recognizing this important contribution to the US economy, Emirati and American officials are convening the EPD to discuss specific ways to facilitate more business and collaborate closely on future projects that will spur economic growth in both countries.  The EPD was first conceived before the Arab Spring, but its work is doubly important now.

It is against this backdrop that Emirates Airline will also begin nonstop flights between Dubai and Washington.  This is the seventh American destination for the rapidly growing airline. In addition, by March 2013, Etihad Airways will also begin “capital-to-capital” nonstop service between Abu Dhabi and Washington. These flights exemplify the burgeoning ties between the two countries and will generate millions of dollars in economic activity for the Washington market, spur greater cultural exchanges between Emiratis and Americans, and create new opportunities for students, entrepreneurs and tourists.

This bilateral relationship is more important now than ever as the Middle East region undergoes unprecedented change and continues to face regional threats that further undermine stability, as well as social and demographic challenges that are affecting the entire region.

In that regard, the UAE stands out as not only as one possible model for US relationships in the region, but also as a model for other countries to emulate.  Both the US and the UAE  benefit from an emphasis on economic partnership that encourages greater openness and transparency.

It is important to note that the EPD and new international flights are not happening in a vacuum. They are two key points strengthening a bilateral relationship based on common policy goals in the Middle East region. Beyond the deep economic relationship, the US and UAE are strategic partners who cooperate closely on military and intelligence matters preserving regional and international security. Thus, while this week’s events demonstrate the commitment shared by the UAE and US to bolster the bilateral relationship through trade and cooperation, there is much more at stake.

Under strong and progressive leadership, the UAE has come a long way, even though it is widely accepted that there is still room for improvement.  The UAE’s stability has made it a preferred destination for investment.  Capital abhors instability.  The entire Middle East region can benefit from an economic model that focuses on growth and job creation, as countries seek to jump start their economies in the face of political upheaval or as other governments seek to create a more hopeful future for their citizens.

Danny E. Sebright is president of the Washington-based US-UAE Business Council and vice president at The Cohen Group.