Former Obama Official Says US Should Put Cards on Table

Colin Kahl, a former Obama Defense Department official, tells Al-Monitor's Laura Rozen why the Iran nuclear talks in Moscow scheduled for next week should not be make-or-break for the West. He explains why Iran doesn’t take Israel’s threat of force seriously, and why it may be time for the US to give a little in order to resolve broader concerns. 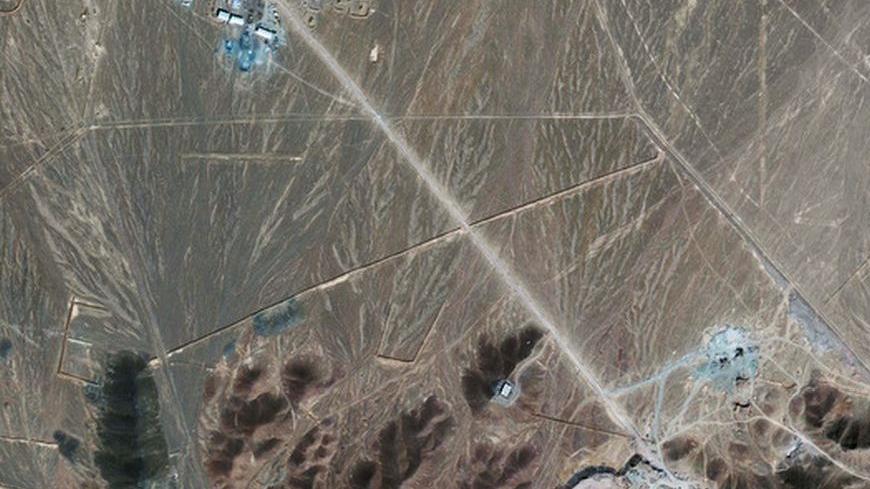 Colin Kahl, a former top Obama Defense Department Middle East official tells Al-Monitor why the Iran nuclear talks in Moscow, scheduled for next week, should not be make-or-break for the P5+1. He explains why Iran doesn’t take Israel’s threat of force seriously, and why it may be time for the US to show Iran more of its cards in order to resolve broader concerns in an interview with Laura Rozen.

Al-Monitor:  What’s your sense of how to play out likely scenarios spinning from the upcoming nuclear talks in Moscow and how to give space for the diplomatic process if a 20% agreement is not reached?

Kahl:  Moscow may or may not be make-or-break for Israel. It should not be for the P5+1. The oil embargo kicks in [July 1]. There’s still time to change calculations.

Right now the Iranians are negotiating under the threat of sanctions. I don’t know when the moment of maximum leverage is. Either way, the West’s leverage doesn’t go away if there is no agreement in Moscow — and it could conceivably increase once oil sanctions are fully implemented. There’s still time for Iran to change its calculations. We still have time for a diplomatic process.

Al Monitor:  What pressure is on Israel under that scenario, if there’s no deal struck in Moscow or soon after?

Kahl:  This third round of negotiations will be taking place very close to the full implementation of the CBI and oil sanctions [US sanctions on entities trading with Iran’s central bank are set to go into effect June 28, and European Union sanctions banning import of Iranian oil is set to go into full effect July 1.]

[Some of the Israeli leadership] want to make the argument that diplomacy and economic sanctions have not worked. Israeli Prime Minister Benjamin Netanyahu has recently established metrics for diplomatic success — including the immediate suspension of enrichment activities, Iran shipping out their entire stockpile of enriched uranium, and the dismantling of facilities — that will not be achieved in Moscow even if some lesser, interim confidence-building measures are agreed to. It is possible, therefore, that some Israeli calls for military action could escalate after Moscow.

There are, however, voices in the former Israeli security establishment, most notably Meir Dagan, that have been highly critical of an Israeli strike and that are shifting towards an argument for using crippling sanctions for economic regime change. In essence, instead of focusing on Iran’s nuclear program, the focus would be on cratering Iran’s economy to drive the regime out.

Al-Monitor:  There’s clearly a big mismatch between Iranian expectations for what they should get in an interim deal to stop their 20% enrichment, etc. and what the P5+1 put in their offer in Baghdad. How is one to reconcile it?

Kahl:  It would be helpful to give Iran a better sense of what they would need to do to get a delay of oil sanctions. And what’s the road map for eventual resolution of the nuclear issue. It is appropriate to focus on interim steps to build confidence and make important progress on issues like 20% enrichment, but it would also be good to make sure these steps are nested within a broader, more explicit framework that outlines the ultimate path ahead for an agreement that addresses remaining international concerns while allowing Iran to develop peaceful nuclear energy within the confines of the Nuclear Non-Proliferation Treaty. And if Iran is not going to be offered a delay in impending oil sanctions in exchange for concessions on 20% enrichment or activities at the deeply buried Fordow facility, then it would be good to spell out what additional steps they would have to take to get such sanctions relief.

We have probably reached a point where we should put more of our cards on the table, both through ongoing P5+1 talks and through a bilateral U.S.-Iran conversation. The problem is, thus far, the Iranians have not been willing to meet with the US bilaterally.

Al Monitor:  Iran in Baghdad linked its stopping 20% enrichment to recognition of its right to enrich to 3.5% for energy purposes. But the P5+1 basically said, even if it wanted to, it can’t erase 6 UN Security Council resolutions overnight.

Kahl:  Big sanctions have been put in place to hold Iran accountable. With UN Security Council resolutions, it’s difficult to scale them back for minor actions.

I don’t think the so-called right of enrichment acknowledgement is on the table now. But it may be possible to identify a clear road map that suggests to Iran that they will enjoy their full rights under the NPT once they address remaining international concerns about their program. But acknowledgment of a right to enrichment, capped at 5%, and with other limitations and tough inspection mechanisms, should not be conceded at the outset unless the Iranians make very significant concessions. It is something the negotiations should build towards.

Al Monitor:  You have identified four conditions that you think should be met before the decision to use force against Iran.

Kahl:  My belief is that a nuclear-armed Iran would be very destabilizing, but the cost of potential military conflict is also high. So, force should remain a last resort and should only be used under strict circumstances:

First, it should be clear that non-military options have been exhausted. Second, there should be evidence — for example, a move by Iran to enrich to weapons-grade level — that the Supreme Leader has decided to weaponize the program. Third, you have to be convinced that you have a viable military option. And, finally, you have to put together a large enough coalition to manage the blowback from a strike and contain Iran from rebuilding its nuclear program after a strike.

I don't see how Israel could satisfy these conditions, which is why I think an Israeli strike would likely backfire. And, if the United States ever decides to use military force, it would be a lot better if it looked like the [First] Gulf War in 1991, where we had a large international consensus and coalition and were able to impose a tough post-war containment regime, rather than the way it went when the United States went to war in Iraq in 2003, where we didn't think about the day after and got stuck with the entire bill.