Five Myths About The US-Israeli Relationship

The discussion of America's relationship with Israel is fraught with urban legends and misconceptions, writes Aaron David Miller. Some are simply a result of fuzzy thinking while others flow from willful propaganda efforts. Indeed, the latest addition to the mythology is Mitt Romney's recent statement that he'd be the "opposite" of Obama toward Israel. 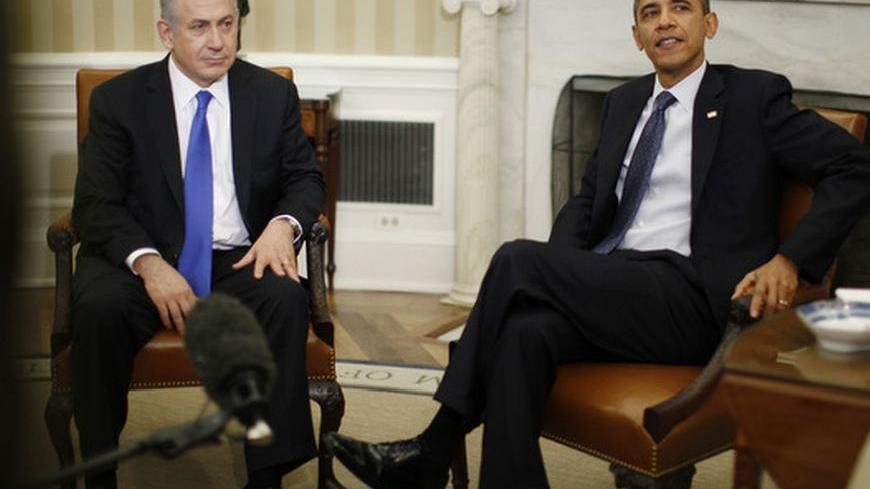 Urban legends, fantasies, misconceptions abound in life. But nowhere do they seem to be more pronounced and durable than in the discussion of America's relationship with the State of Israel. Some are simply a result of fuzzy thinking; others flow from the willful propaganda efforts of both the pro and anti-Israeli advocates and the battles they wage for the hearts and minds of the committed and the not-so-committed. Indeed, the latest addition to the mythology is Mitt Romney's recent statement that he'd be the "opposite" of President Obama on policies toward Israel and Iran.

Here are five of the most prominent myths:

Myth 1: US-Israeli interests are congruent across the board.

How could they be? On one hand you have the most powerful nation on earth with strategic, security, economic, and political interests stretching out across the globe; on the other, a tiny nation of some seven million souls without much of an imperial or global reach. One nation is surrounded by non-predatory neighbors to its north and south and fish to its east and west and faces no real existential threats; the other, a small power with a dark past lives precariously on the knife's edge despite its formidable military and economic power.

What's so remarkable about the US-Israeli relationship is how consistent their interests have been and how well the two countries have managed those issues that divide them. Much of this is driven by shared and common values; and some by domestic politics. It's fascinating to point out that during Israel's first several years, its first Prime Minister David Ben-Gurion sought to keep Israel non-aligned and in good standing with both the United States and the Soviet Union. It wasn't until 1964 that an Israeli Prime Minister paid a state visit to the United States and not really until the post-1973 war period that the relationship began to take on some of the characteristics of its current intimacy.

Trying to shove a round peg into a square hole and to pretend that Israeli and American interests align across the board is illogical and dishonest. On key issues — the Arab-Israeli peace process; settlements; and even on the urgency of the threat posed from Iran's nuclear program — there are significant differences. But today, neither President Barack Obama nor Prime Minister Benjamin Netanyahu are looking for a fight; nor can either leader afford one. On Iran, there's enough commonality and tactical reasons to avoid airing differences; and on the Israeli-Palestinian issue, there aren't enough opportunities for a deal to risk a row, let alone to fight about it.

Myth 2: Domestic politics either has nothing or everything to with supporting Israel.

Israel's defenders and detractors have willfully got this one wrong. Pro-Israel advocates maintain American support for Israel lies in shared values only. Domestic politics has nothing to do with it; Critics contend domestic politics is all there is.

The fact is the pro-Israeli community does have a powerful voice; but it does not have a veto. The notion that American Jews and Evangelicals hold America's Middle East policy hostage is absurd and partly reflects darker and wrong-headed motives about Jews generally. There's no doubt that assistance levels to Israel would not be nearly as high as they've been without domestic lobbying. But the farther you get from Capitol Hill, the less influence domestic factors play. Let's not forget that the current aid levels to Israel and Egypt began with the Carter Administration's own efforts to support the Egyptian-Israeli peace treaty. Smart American mediators with both opportunity, a strategy and the help of Arabs and Israelis always trump domestic lobbies, sometimes not without a fight (see Kissinger, Carter, and Baker).

Myth 3: It's not in US national interests to support Israel.

Let's be clear. The US-Israeli special relationship costs the United States plenty in terms of resources, credibility and goodwill, primarily in the Arab and Muslim world. The anger at the United States runs deep though, ranging from support for authoritarian regimes to our presence in Iraq and Afghanistan to our counter-terrorism actions. But the perception that we blindly support Israeli actions is right up there.

That support for Israel may be costly doesn't mean it's not in our national interest to do so. Of all the reasons that explain the depth and resilience of the bond — Israel as strategic ally, the moral debt owed to the Jewish people in the wake of the Nazi genocide, the presence of a well-organized and affluent Jewish community — the most important is value affinity. Indeed, it remains in the broadest conception of the American national interest to support like-minded societies, fellow democracies even with their failings and imperfections. Only when the image of Israel changes significantly in the mind of America will the Us-Israeli bond begin to weaken.

Myth 4: Barack Obama is an enemy of Israel.

This canard is one that some of Israel's most determined supporters want to shop around. It isn't true, particularly in an election year that promises a hard-fought and close contest with a very, very pro-Israeli Republican rival.

Still, President Obama is clearly different than his two immediate predecessors, both of whom instinctively related to Israel's story with great emotion and close affinity. That's not Obama's way generally. He's deliberate, cool and detached. And on Israel he relates intellectually to the Israeli narrative, but doesn't emote much from the gut or heart. He sees Israel primarily along a national interest continuum rather than on an emotional or ideological one. And in that regard, he's frustrated with Netanyahu, who he believes can and should do more to get a deal with the Palestinians.

Myth 5: Obama will get tough with Israel in a second term.

Where this particular piece of mythology comes from isn't clear. First, there's no historical evidence to support an American president freed from domestic political constraints in a second term hammering the Israelis over the peace process. What will drive President Obama on the Palestinian issue if he's reelected to a second term is what drove him in a fair portion of his first. Are there opportunities to be pursued? Given the uncertainties on Iran, Egypt and Syria, there may not be many. And while second-term accomplishments are important to all presidents, failing at something big toward the end of your tenure is not the kind of legacy you want to leave behind.

Aaron David Miller is a distinguished scholar at the Woodrow Wilson International Center for Scholars. He was formerly an adviser to Republican and Democratic secretaries of State on Arab-Israeli negotiations. His new book, "Can America Have Another Great President?" will be published this year.