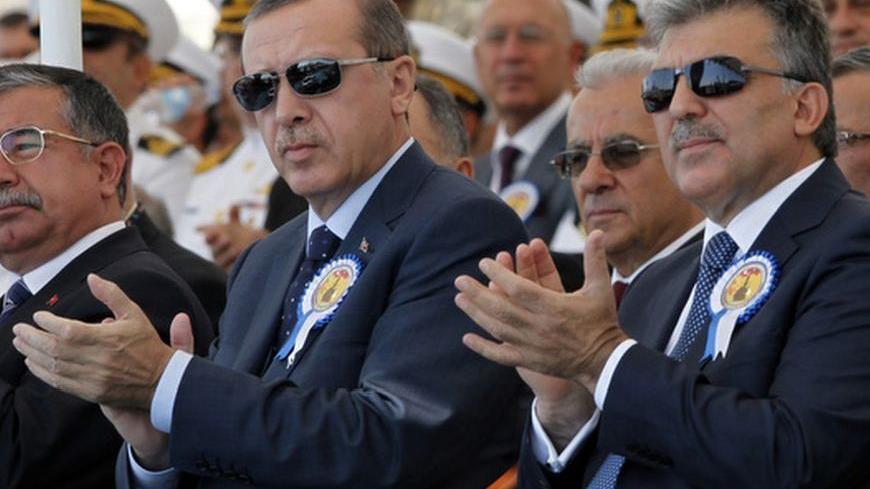 Nobody disputes that Prime Minister Recep Tayyip Erdogan is the strongest civilian prime minister Turkey has ever had. Observers agree he has a concept of leadership that can’t be denied and there is no alternative party to challenge his Justice and Development Party (AKP) in the next elections.

But there is no consensus on where Erdogan’s and AKP’s policies are leading the country and what this means for this democracy, for its problems and its place in the world. Both here and outside, concerns are mounting that the Turkish regime under Erdogan and AKP rule is rapidly becoming authoritarian and distancing itself from the EU's perspectives. Meanwhile, in Turkey’s political circles, and in the media and business world, the topic of the day is the need for an alternative to emerge to appeal to AKP’s traditionally conservative right-wing base that constitutes 60% of the population.

Those who worry about increasing Islamist and sectarian trends in Turkey’s foreign policy see safety in anchoring ourselves back with the EU.

At this juncture, differences of opinion between Prime Minister Erdogan and President Abdullah Gul, now visible to the naked eye, are becoming more interesting. In fall of 2014, Turkey will have presidential elections. For first time in Turkish history, the president will be elected directly by the people. And Erdogan wants to continue his political career as the president.

But we also know that Gul wants to continue his political career either as the president or the prime minister. Erdogan’s aspirations are not limited to becoming president. He actually wants to replace the Turkish parliamentary system with a presidential system that he will head.

Erdogan’s wish for a “Turkish-style presidential system” was fully revealed in his proposals to his party’s Constitutional Reconciliation Commission that is tasked with drafting the new constitution. As president, Erdogan wants to be will be able to abolish parliament when he wants to and rule the country with decrees bypassing the legislature. Independent constitutional experts agree that Erdogan wants a presidential system that will revoke the separation of powers and not be accountable to the legislature. Erdogan’s proposals for the presidential system only bolster anxiety that he wants to rule Turkey as he wishes, without sharing power with anyone or any institution.

No matter what, whether Erdogan becomes the president will affect Turkey’s fate. Those who see Turkey’s interests as best served by keeping Erdogan from the presidency are closely following current President Gul’s decisions and attitude. All await answers to two questions:

Is reconciliation possible between Gul and Erdogan? And if there is no reconciliation, will Gul challenge Erdogan for the presidency?

The answer to the first question depends on whether Erdogan will wish to see Gul as the prime minister. Nobody in Turkey can say he will yet. Names being circulated in political backrooms as possible future prime ministers are those who will serve as Erdogan’s staff and not challenge his wishes.

Gul, who has a robust political character, will not serve as Erdogan’s protégé. In 2007, when he became president despite Erdogan’s opposition, Gul proved that he could make independent decisions and stand by them.

Even if reconciliation with Erdogan is very difficult, is it still doable? Time will tell.

The first signal in this direction came five months ago from Ahmet Sever, a longtime adviser and spokesman for Gul. In an interview with daily Vatan on July 30, Sever  shared his personal views: "He could well be a candidate for presidency. Why not? At the end, he will decide. It is grossly unfair the spread the word that he will withdraw.”

Naturally, the Turkish public perceived these words as the President’s own views.

At the end of the day, the presidential contest between Erdogan and Gul is actually personal. But this personal rivalry is rapidly becoming politicized and even assuming ideological content.

This is how the equation is calculated: As Erdogan wants to be elected with 55-60% of the vote in the two-tiered presidential contest, he is eyeing, in addition to AKP votes, the votes of Nationalist Movement Party (MHP). By the day, his narrative is becoming extremely conservative, right wing and nationalist. He seems to have forgotten his reformist approach to the EU, and his Kurdish policy is still based on force. His extremism has reached the point of reintroducing capital punishment and revoking the immunities of ten Kurdish parliamentarians.

As Erdogan ends his reformist approach, it is President Gul who is filling the void, at least verbally.

In his Oct. 1 speech opening the new session of parliament, Gul defended the freedom of the press and called for the release of opposition MHP, Republican People's Party and Peace and Democracy Party parliamentarians who had participated and won in the 2011 general elections while they were still in prison. Even more importantly, he emphasized the restoration of priorities to the EU vision and enacting legislation to keep in step with the EU.

In a statement to Financial Times in mid-November, Gul said Turkey owes its economic and political stability of the last 10 years to its EU perspectives. “We have to carry on with reforms,” he said.

At the end of November, he opposed the efforts to revoke the immunities of Kurdish parliamentarians, saying, “We should not push ourselves into impasses.”

Here we should note that there are political whispers of Gul’s displeasure with the direction of Turkish foreign policy.

The personal rivalry between Gul and Erdogan may well change its nature by attracting support from the different segments of the population. It will be necessary to closely monitor economic trends and tendencies of the Anatolian bourgeoisie. For this, we have time.