Egypt's 'Foloul' Out of the Closet

After Mubarak was forced to step down, fears of a counter-revolution ran high in Egypt, and "foloul," or people associated with the former regime, were out of favor. Wael Nawara examines the gradual rennaissance of foloul, who are coming to signify a voice of reason amid the chaos of revolution. 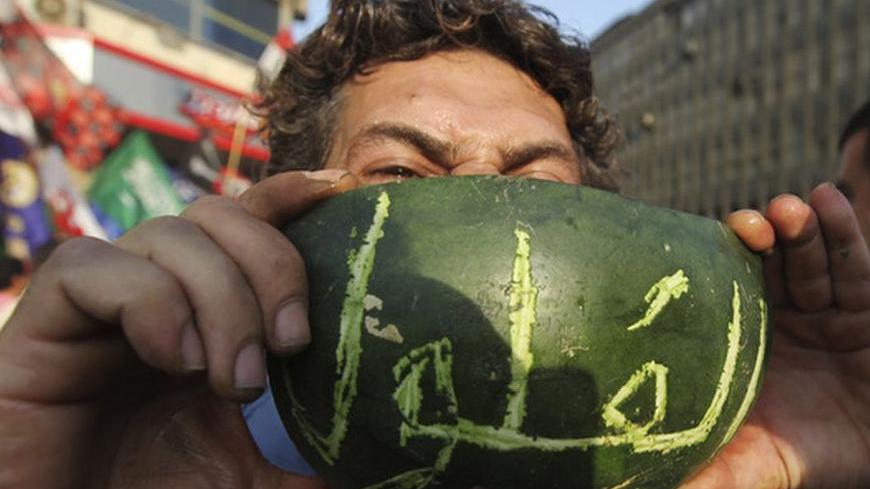 A few days after Mubarak was forced to step down, the word foloul came into use. The word in Arabic literally means "scattered remnants of a defeated army." It was first intended to describe key pillars of the old regime: members of the cabinet and the parliament, key operatives of the National Democratic Party (NDP), corrupt politicians, pro-Mubarak and regime-apologist members of the media, business partners in suspicious deals, heads of the security apparatus and so on. But with time, the sphere started to expand, reaching almost every official who took part in government and served with some power or capacity to change things but chose to swim with the flow. The concept then expanded further as the revolutionaries started to label entire families as partners of the old regime, a result of old affiliations of heads of these families with the NDP.

Fears of a counter-revolution were high. Many activists felt that the Supreme Council of the Armed Forces (SCAF) was applying a “containment” strategy, as confrontation seemed too risky and bloody. The foloul were just hiding in the shadows, waiting for an opportune moment to make a grand comeback and re-install the old regime with perhaps minor cosmetic changes in a way that will recapture their privileges and secure their interests.

There were various attempts to remove the foloul from public office, hold them criminally accountable and prevent them from running in future elections or holding public office for a long probation or exclusion period. Foloul was a shameful and hurtful label, and many people who casually worked with the previous regime would feel bitter and try to deny their "foloulness."

In those early days of post-revolution euphoria, the air was full of the promise of a new Egypt. The foloul label was considered an insult which embodied accusations of treachery, corruption, collusion with the old regime against Egypt’s best interests or at least cowardice of  those who “cooperated” with the regime, witnessing its corruption and tyranny, yet closing its eyes while enjoying undeserved privileges at the expense of the people. As attempts to legislate a ban on the members of the NDP that would prevent them from running for parliament failed, activists started a “People’s Disenfranchisement” movement, with “Emsek Foloul,” roughly translated as “Beware of Foloul" or "Catch the Foloul,” as the most famous slogan of the campaign to curb the foloul’s success during the parliamentary elections.

Fast forward to the presidential elections, only a few months later, the situation seems to have totally changed. Instead of hiding and denying that they were foloul, it has become acceptable, even cool and fashionable in many circles to identify oneself as foloul.

It happened gradually. First, you would hear someone saying, almost apologetically, “You know, I am foloul,” as to justify a position which is somewhat against the revolution, or in most cases, against the over-radicalization of the revolution into an endless chain of bloody confrontations and possibly, in foloul eyes, leading to chaos.

Foloul has become a position, a political point of view. Almost an ideology. That ideology started to gather momentum till it expressed itself loudly, to the surprise of many, in the presidential elections. In the first round, General Ahmed Shafiq, a former prime minister appointed by Mubarak during the 18-day Tahrir sit-in and ousted by protests in March of last year, came a close second trailing the Freedom and Justice Party (FJP)’s candidate, Mohamed Mursi. In the second round of the elections, Shafiq won almost 50% of the votes, according to initial indicators, though both candidates claim to have won the runoffs. For Shafiq, a genuine foloul in his own right, to achieve this result, it means that he managed to attract five to seven million pro-revolution votes! A significant gain to the foloul’s ranks.

How did it happen?

How did foloul evolve in that way? Many factors contributed. One of them was the exclusive and lofty manner in which many activists spoke about members of the “Couch Party.” And as the revolutionaries expanded the foloul stigma, they were in fact creating enemies of the revolution. Instead of working toward building consensus, national reconciliation and trying to “sell” the revolution, with all the hardships of a democratic transition, to the people, accusations and a tendency to “indulge in putting the past on trial” alienated many.

Another factor was the repeated confrontations between the “revolution” and SCAF, which in the foloul’s eyes represented Egypt’s army and its last line of defense against chaos and collapse of security, or even collapse of the state itself. SCAF and pro-SCAF media also played a key role in “demonizing the revolution” and blaming it for every problem, from the economic slowdown and decline of foreign reserves to rising rates of crime, threats to personal security and property and fuel shortages!

Foloullsim could also be seen as a classist movement. Foloullism is a conservative ideology which would seek gradual reform rather than abrupt. Foloullism is against Islamist politics and has nurtured every possible scandal and failure of Egypt’s Parliament, dominated by the Muslim Brothers and Salafis, that the media exposed. Foloul may like democracy, but they value personal freedoms. They believe that Egypt has its own brand of moderate Islam and reject strict Wahabist interpretations. Foloul blame the revolutionaries for starting a revolution that knocked down the NDP and Mubarak’s regime without having a sufficiently strong alternative, which in their view will hand power to the Islamists, Iranian-Revolution style.

Democracy is learned. One acquires and develops a set of beliefs, values and practices. If Egypt’s activists are to learn from the rise of the foloul, it is this lesson: Big armies win the war, so build alliances. Include fellow countrymen and women rather than alienate them. Make friends and win enemies over to a shared dream of a better Egypt. The alternative is to hand the counter-revolution its strongest weapon: the hearts of the Egyptian people.

Wael Nawara is an Egyptian writer, politician, activist and management professional. A regular contributor to various newspapers and magazines such as Al Masry Al Youm, Dostor and Economic Reform Bulletin (CIPE), Wael also blogs at the Huffington Post. He is a published author of several titles that include The Third Republic, Chronicles of Change; In Search of the Boy; Combating Monopoly and Promoting Free Competition and The Path for Change. Wael is a spring visiting fellow in the Institute of Politics (IOP), Harvard Kennedy School.