An interview with Egyptian journalist and analyst Hisham Kassem on Egypt’s troubled political scene. Kassem spoke to Al-Monitor's Sophie Claudet about the candidacies of former intelligence chief Omar Suleiman and the two Muslim Brotherhood nominees, and about the implications of the constituent assembly's suspension. 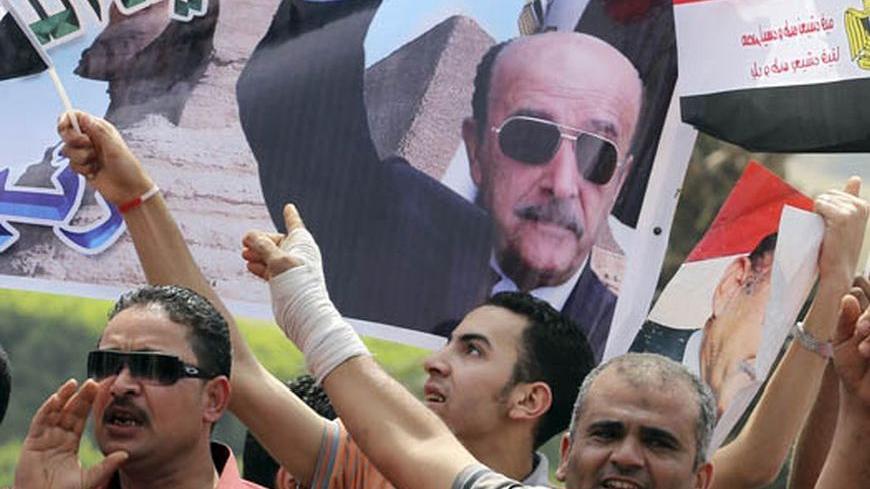 It is now official: some 20 candidates will be contesting Egypt’s presidential poll next month, pending a formal approval by the electoral commission. Among them are Mubarak’s much-reviled former intelligence chief, Omar Suleiman, as well as two candidates from the Muslim Brotherhood’s Freedom and Justice Party, even though the Islamic group had promised it would not run. Separately but of utmost significance for the country’s future and stability, the assembly in charge of drafting a new constitution was suspended by a Cairo court on April 10 [2012] over the fact it does not reflect the diversity of Egyptian society. To shed some light on Egypt’s troubled political scene, Al-Monitor spoke to prominent Egyptian journalist and analyst Hisham Kassem.

Al-Monitor:  Who would have thought that Mubarak’s former intelligence chief Omar Suleiman would run? The man was part of a regime accused of corruption and human-rights abuse.

Hisham Kassem:  He is not only part of the former regime; he is probably the second most implicated person in the practices of the old regime after Mubarak himself. In addition, he is also involved in international scandals — for example, in extraordinary renditions when people were transferred from Guantanamo and brought over to Egypt to be tortured. There are lots of reports on that and Suleiman never sued anybody over those reports. He just announced his candidacy but there are already activists attacking him all over the media and they intend on continuing doing so. I guess sometimes when you are so close to power it affects your judgment and that is probably what happened to Omar Suleiman. You could say it is the arrogance of power. His first two statements after he officially announced his candidacy were to claim that the Muslim Brotherhood called him and threatened to kill him and then he said he was ready to open the “black box” and bring out all what he knows about others. It shows that he is not in his right mind.

Al-Monitor:  Does he stand a chance?

Hisham Kassem:  There are people that want stability and are sick and tired of the chaos that came with the uprising, but not to the point where Suleiman could get more than five percent of the vote.

Al-Monitor:  How about the Muslim Brotherhood? They fielded two candidates though they had initially vowed not to contest the election. Do they stand a better chance?

Hisham Kassem:  Their move lacks political savvy, not that they are any different from other players in Egypt! What we are witnessing now is a return to politics so there is a lot of amateurish behavior in political circles. It is not the first time the Brotherhood [went] back on a promise it made. It had promised it would not try to win a majority in parliament. It then said it would not field a candidate [in] the presidential election and went back on that as well. Now about their candidates: there is Khairat Al-Shater, he is called the engineer of renaissance. He is very good with figures; at his first press conference yesterday, he came up with actual numbers to address Egypt’s problems — other candidates only make pledges. However he is understated, obscure and always kept a low profile. So I don’t think it is going to work out for him. After decades of dictatorship, people still look up to the president; they need a charismatic figure. The other provisional candidate the Brotherhood decided on in case Al-Shater cannot run. [Al-Shater served a jail sentence under Mubarak which could bar him from contesting an election for several years after his release.] He is neither charismatic nor has a clear vision. In the end, the Brotherhood’s strategy will break up the Islamic vote and be in favor of somebody like [former Arabic League chief] Amr Moussa, who is going to attract the secular vote and people who want stability.

Al-Monitor:  Do Egyptians worry that the election could be rigged, especially as Mubarak’s former top aide is running?

Hisham Kassem:  I truly do not think there is a possibility to rig the election. I don’t believe the military have a preferred candidate or support anybody for that matter. They intend to go back to their barracks. They will retain certain parts of Egyptian policy, mainly the decision to go to war, and matters involving Israel, the Nile Basin or Iran.

Al-Monitor:  You mentioned Israel; should Israel worry about the Camp David accords being denounced by Egypt’s next president?

Hisham Kassem:  Certainly not. You have people threatening to revoke the Camp David accords, but in practice everybody knows it would be a disaster for Egypt’s economy. It would raise military expenditures and strain or block any possibility for development in the near future. At any rate, the military will never allow a civilian commander-in-chief to go to war or revoke treaties that basically will raise military expenditures.

Hisham Kassem:  They already have a near-majority in parliament, so the United States wants to engage, wants to understand them. That’s all.

Al-Monitor:  Now to the suspension of the constituent assembly: is it good or bad news for Egypt?

Hisham Kassem:  There are pros and cons. It is a slow return to politics in Egypt. There were some people that wanted the constitution to be drafted while the military is still in power — that is before even holding parliamentary elections. I was against that and voted for the current process, but I felt let down when the Islamists tried to dominate the process and pushed the liberals and other currents out of the constitution drafting. We got to a situation when some forty people out of a hundred in the assembly resigned and went to court, challenged the assembly’s legality and won. This is a significant development. The scary part is that we might not have a constitution drafted before the president is voted in, and then we will have a crisis. There is a possibility that the presidential election will be postponed as a result and that would cause a lot of turbulence in the country.

Al-Monitor:  Do we know how long the suspension will last?

Hisham Kassem:  The Brotherhood has already appealed the decision. It is possible they will win the appeal. If they loose, a new drafting committee will be appointed and that could also be a problem, because we could also waste a lot of time over that.