US repatriates 2,700-year-old artifact to Palestine

The United States repatriates a stolen artifact to Palestine — a historic move between the two countries. 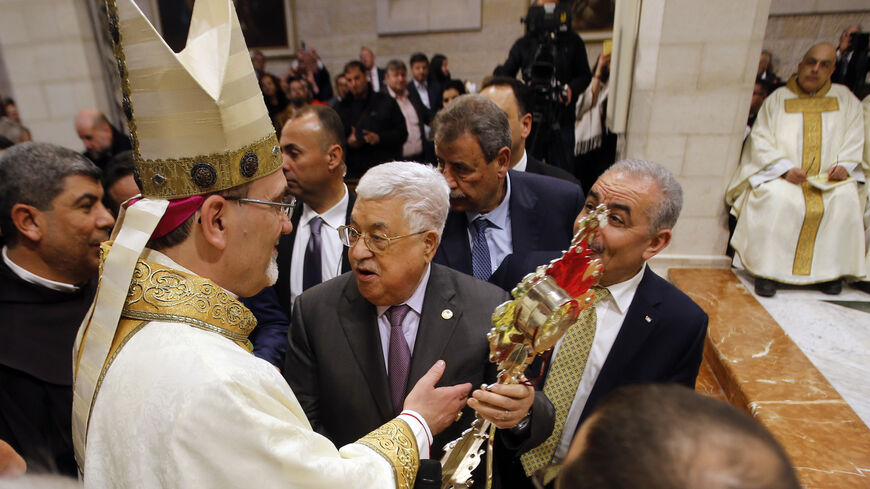 Palestinian President Mahmoud Abbas holds a wooden relic reputed to be part of Jesus' manger, as he speaks with the acting Latin Patriarch of Jerusalem Pierbattista Pizzaballa during a Christmas midnight mass at the Church of the Nativity, Bethlehem, West Bank, Dec. 25, 2019. - Mussa Qawasma/POOL/AFP via Getty Images

The United States repatriated a 2,700-year-old spoon dating to the Assyrian civilization to the Palestinian Authority (PA) this week, in a first such move between the US and Palestine.

The handover took place in Bethlehem on Thursday between American representatives and Palestinian officials, with George Noll, chief of the US Office of Palestinian Affairs, and Rula Maayah, Palestinian minister of tourism and antiquities.

According to a report by The New York Times, a legal investigation was launched into stolen antiquities that led to the return of the artifact.

In a rare move, the Biden administration has repatriated an almost 3,000-year-old Assyrian cosmetic tool for pouring incense to the Palestinian Authority.

The artifact was stolen from Hebron and was discovered in New York as part of an investigation into looted antiquities. pic.twitter.com/HDpVk8EiJa

Media reports show that US billionaire Michael Steinhardt acquired the spoon. He had obtained it from an Israeli dealer known to trade stolen artifacts. He bought several other objects at the time. Following a thorough investigation into looted items, several of them were returned to Middle Eastern countries, Greece and Italy.

Why it matters: This is a historic event marking the first time a stolen artifact is returned by the United States to the PA.

At the ceremony, Noll was quoted as saying that this is “a historic moment between the American and Palestinian people, and a demonstration of our belief in the power of cultural exchanges in building mutual understanding, respect and partnership.”

Know more:  The Palestinian territories are known for their rich history and cultural diversity; the Gaza Strip has unveiled a number of artifacts from several civilizations. Having been home to different civilizations, some areas were also considered a key trading route between countries and empires in ancient times, and Egypt and the Levant more recently. Lately, archaeological discoveries have been made confirming the area’s historical significance.

Last May, a farmer cultivating his land in Gaza’s Khan Yunis found a 4,500-year-old sculpture. According to the Smithsonian Museum, the statue depicts Anat, the Canaanite deity of love and war.