Turkey is openly criticizing China's treatment of the Uyghur minority as more tension emerges between Huawei and its Turkish partner telecom operator Turkcell. 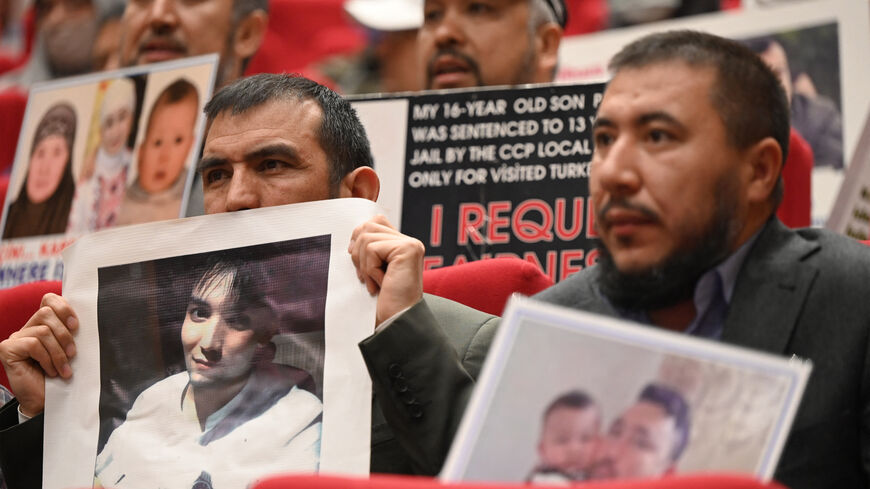 The ties between Turkey and China have gone sour in a rare public display recently with the top Turkish diplomat openly saying the progress in the bilateral relations has “slowed down” over Beijing’s treatment of its Uyghur minority.

“China is disturbed by our position defending the Uyghur Turks’ rights before the international community,” Turkish Foreign Minister Mevlut Cavusoglu was quoted as saying by Turkey’s state-run Anadolu Agency during a year-end briefing last week.

China is widely accused by human rights organizations of oppressing Uyghurs, one of the country's largest predominantly Muslim minority. Those including Amnesty and Human Rights Watch have accused Beijing of incarnating tens of thousands of Uyghurs in “camps” in Xingiang and resorting to other means in blatant violation of international laws in a bid to strip off the minority from its Muslim identity.

Cavusoglu also lamented Beijing for what he described as impeding the Turkish ambassador’s request to visit the country’s northwestern Xinjiang region, by trying to dictate terms.

“Why would we be a tool of Chinese propaganda?” he snapped.

His remarks came amid alleged tensions between Huawei and its Turkish partner telecom operator Turkcell over a defense tender. The Chinese tech giant allegedly threatened its Turkish partner with freezing its contracted operations when the latter refused to bow to pull down the bid in the tender, citing cost effectiveness concerns, according to a report by France-based Intelligence Online website. The company’s aggressive competitiveness “damaged its good relations” in Turkey, the report argued. Al-Monitor was unable to independently verify the report.

The Chinese giant that entered the Turkish market in 2002 launched its second-largest international research and development center in Istanbul in 2010. The second center was inaugurated in Ankara last week.

Cavusoglu’s criticism marks a rare public expression of disgruntlement by Ankara. The Turkish government has significantly toned down its reactions vis-a-vis China's treatment of Uyghurs after a major escalation in 2019 when Turkey brought the minority's plight up at the United Nations, condemning Beijing of “torturing” more than a million people. The condemnation prompted the Chinese ambassador to Ankara at the time to openly warn the Turkish government against publicly criticizing Beijing by saying that it could have commercial and economic consequences.

Turkish criticism of the Uyghurs' treatment has been limited and often drawn swift responses from China. In 2021, the Chinese Embassy in Ankara directly targeted Turkish opposition leaders for commemorating the deaths of the Uyghurs.

"The Chinese side reserves its legitimate right to respond” the Chinese embassy said at the time, leading the Turkish foreign minister to summon the Chinese ambassador. Similarly, after Turkey’s condemnation of the situation in 2019, Beijing suddenly announced the temporary closure of its consulate in Turkey’s Aegean province of Izmir, which is planned to be the last port in China’s multibillion-dollar infrastructure project One Belt, One Road initiative, linking Asia and Europe.

But despite this tension, trade and infrastructure investments has not been affected between Turkey and China. The trade volume between the two countries reached nearly $40 billion in 2021, according to figures by the Turkish Foreign Ministry, indicating a potential that Ankara can hardly afford to risk given the economic problems the country is facing.

Reiterating that his country has always backed the one-China policy, Cavusoglu said that Turkey's position wasn’t stemming from a “categorically anti-Chinese” stance.

Yet the top Turkish diplomat referenced a UN report released in late August highlighting these violations. “We have to speak up against this," he said.

Beijing has not responded yet to Cavusoglu's comments. Reached by Al-Monitor, the Chinese embassy in Ankara was not immediately available for comment.

China in the Mideast
Turkish economy