This is the fifth Kuwaiti government that has resigned in the past two years, highlighting growing tension between the country’s authorities. 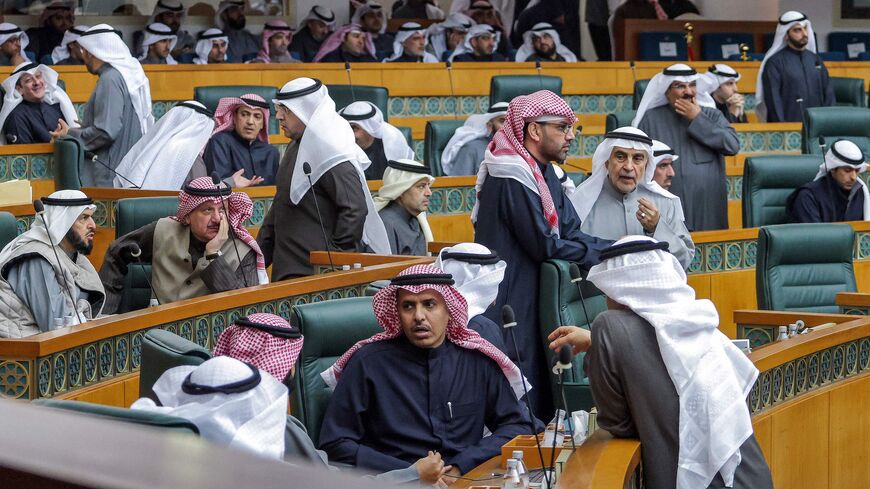 Kuwaiti parliament members attend a session of the National Assembly at its headquarters in Kuwait City on Jan. 10, 2023. - YASSER AL-ZAYYAT/AFP via Getty Images

The Kuwait government that was formed in October by Prime Minister Sheikh Ahmad Nawaf Al Sabah resigned on Monday.

According to media reports, the government resigned due to its refusal to make financial commitments and in protest of the request made by lawmakers to question Cabinet affairs and finance ministers, signaling a growing rift between parliament and the Cabinet.

Why it matters: The resignation caps the stand-off between the Kuwaiti parliament and the Cabinet. Parliament members had offered to withdraw a loan relief bill that would have seen the government purchase billions of dinars in bank loans owed by Kuwaiti citizens with an estimated value of several billion Kuwaiti dinars.

The draft bill has led to a deadlock with the government. According to The National, the government said this was an expensive move that would cost around $46 billion in public funds, whereas parliament members said it would cost less than $6.5 billion.

Know more: Kuwait’s parliament is the only fully elected parliament in the Gulf and has been marred with repeated power spats between the executive and legislature.

This is the fifth government resignation of the world’s fourth-largest oil exporter in the last two years.