CIA director in Egypt after Libya and Ukraine, meets Sisi

The Egyptian president met on Monday with the CIA director as the two held talks discussing various bilateral, regional and international issues. 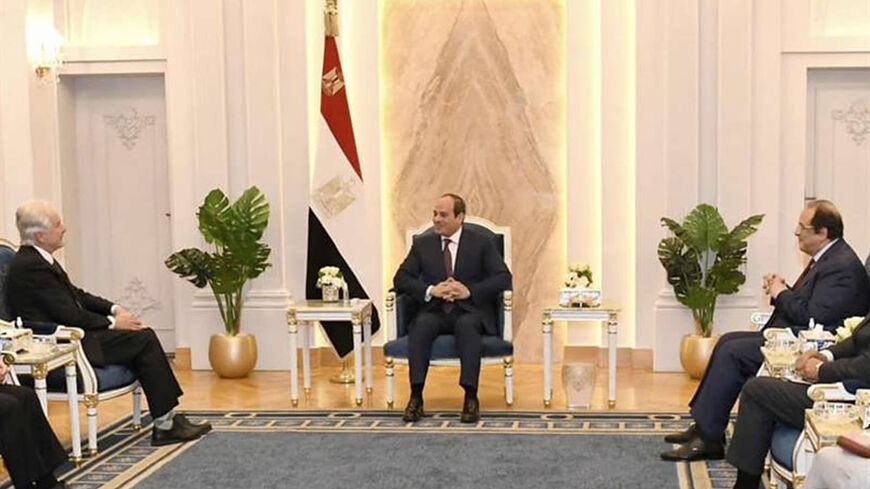 According to the Egyptian State Information Service (SIS), the two discussed ways to boost security and intelligence cooperation between the two countries, in addition to regional and international files.

During the meeting, Sisi and Burns stressed the importance of their bilateral cooperation to promote stability in the Middle East.

Burns conveyed the Biden administration’s interest in working with Cairo as a pillar of security and stability in the Middle East, Egyptian state media reported.

Abbas Kamel, head of Egypt's General Intelligence Service was also in the meeting.

Why it matters? The United States and Egypt have been strong allies, sharing “a strong partnership based on mutual interests in Middle East peace and stability, economic opportunity and regional security,” according to a report by the US State Department.

The visit comes after CIA chief trip to Libya and Ukraine, two countries where the US is seeking to clip Russia's military influence directly and through its private mercenary group Wagner.

Egypt boycotted on Sunday a conference in Libya and protested the legitimacy of Abdel Hamid Dbeibah’s government, which Washington supports.

In September, Al-Monitor reported that the Biden administration withheld some but not all of Egypt’s annual military aid. Congress had conditioned such aid on the country making human rights improvements.

The State Department had initially withheld $130 million, conditioning the transfer of $75 million upon clear and consistent progress in the mentioned files.

Egypt is the second-largest recipient of US military assistance each year at $1.3 billion.

Although withholding and unfreezing military aid has been a strategy followed by the United States to pressure Sisi’s government to rectify its human rights course, Western powers are reluctant to take drastic measures against Egypt, which is a strategic ally in the region.

Controlling the Suez Canal and significant maritime connections, Egypt also plays an important role in the Palestinian-Israeli file, the African continent and in the Arab regional balance of power.