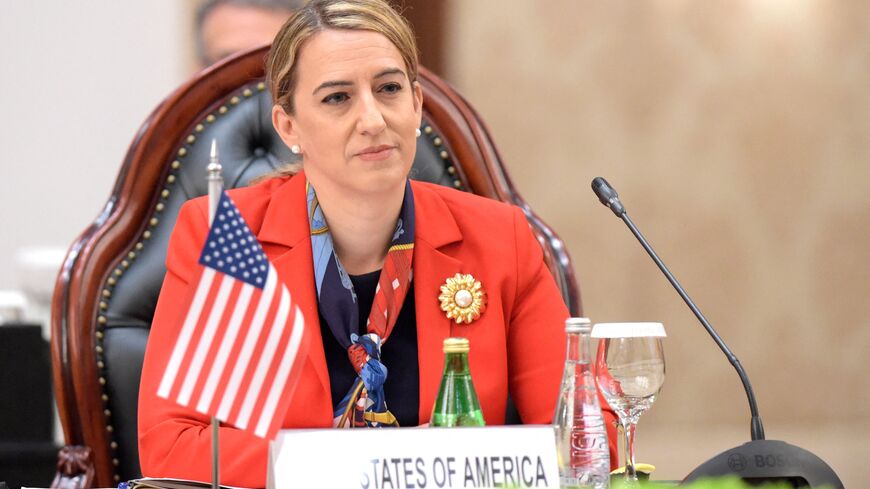 US Acting Assistant Secretary of State for Near Eastern Affairs Yael Lempert looks on during the Negev Forum's first Steering Committee meeting in the town of in Zallaq, south of the Bahraini capital of Manama on June 27, 2022. - MAZEN MAHDI/AFP via Getty Images

US President Joe Biden announced a slate of new ambassador nominations on Tuesday, including for posts at the US embassies in Jordan and Oman.

Biden nominated veteran diplomat Yael Lempert as US ambassador to Jordan. She is currently the principal deputy assistant secretary for the Bureau of Near Eastern Affairs, and previously served as chargé d’affaires at the US Embassy in London. Lempert will replace Henry Wooster, who has held the ambassador post in Amman since 2020.

Ana Escrogima, who currently serves as consul general of the US Consulate General in Montreal, Canada, is Biden’s choice for US ambassador to Oman. She previously worked in the State Department’s Bureau of Near Eastern Affairs and as the deputy chief of mission of the Riyadh-based Yemen Affairs Unit. Escrogima will replace Ambassador Leslie Tsou in Muscat.

Biden named Dorothy Shea, who is currently the US ambassador to Lebanon, as his nominee for deputy US representative to the United Nations. Prior to Lebanon, her tenure at the State Department has included postings in Egypt, Tunisia and Israel.

The White House also announced Tuesday it will renominate those who were not confirmed in the last Congress. They include career diplomat Michael Ratney, whose nomination to serve as ambassador to Saudi Arabia has been held up by Oregon Democratic Sen. Ron Wyden, who is seeking more information from the Biden administration on how Riyadh helps its citizens accused of violent crimes flee the United States.

The Senate recently confirmed Joey Hood as the next US ambassador to Tunisia, where he’ll be tasked with trying to reverse the North African country’s democratic backslide.