The Biden administration expressed concern over Itamar Ben-Gvir’s visit to the flashpoint site revered by both Muslims and Jews. 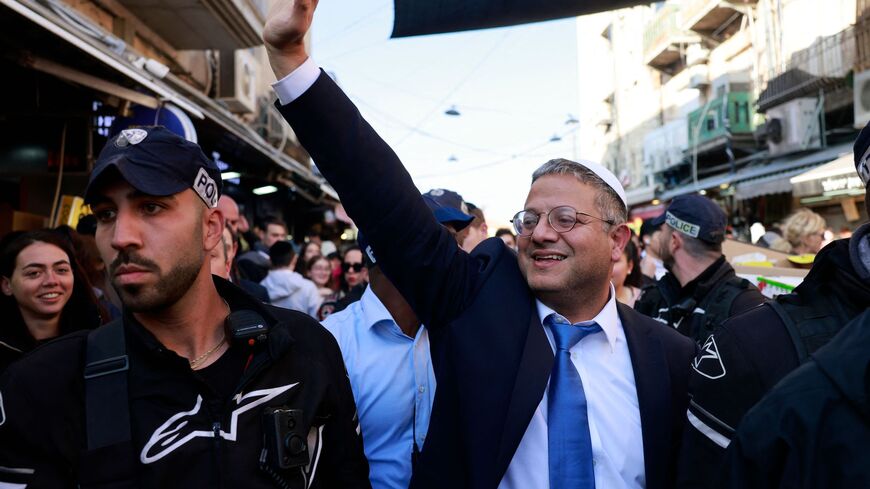 The US State Department on Tuesday warned that the visit by Israel’s new hardline national security minister, Itamar Ben-Gvir, to a contested Jerusalem holy site could further fuel tensions between Israel and the Palestinians.

“We're deeply concerned by this visit,” State Department spokesperson Ned Price told reporters, without mentioning Ben-Gvir by name. “This visit has the potential to exacerbate tensions and to provoke violence.”

In what the Palestinians considered a serious provocation, Ben-Gvir early Tuesday morning briefly toured the third holiest site in Islam and the most sacred site for Jews, who refer to it as the Temple Mount. The 35-acre walled compound, known to Muslims as Haram al-Sharif, contains the Al-Aqsa Mosque and the golden Dome of the Rock.

The sacred hilltop area is the scene of regular clashes between Israelis and Palestinians, which in May 2021 set off an 11-day war with Hamas, the Palestinian militant group that rules the Gaza Strip. In October 2000, a visit by then-right-wing Israeli opposition leader Ariel Sharon ignited the violence that spawned the second intifada.

In recent years, the Palestinians have accused Israel of violating the prohibition on Jews and Christians praying there. Ben-Gvir’s ultranationalist Jewish Power party wants to increase the number of visits by Jewish worshippers to the site.

The firebrand politician is not reported to have prayed at the sensitive site on Tuesday, but his 13-minute long visit drew widespread condemnation across the region.

Jordan, the custodian of the site, condemned what it called a “flagrant violation of international law.” The United Arab Emirates, which normalized relations with Israel in 2020, accused Ben-Gvir of “storming” the area. Turkey called it “a provocative act.”

Shortly after his visit, Ben-Gvir tweeted that “the Temple Mount is open to everyone.”

“If Hamas thinks that if it threatens me, it will deter me, let them understand that times have changed,” he said, referring to warnings from the militants that such a visit would amount to “a red line.”

Price said Tuesday the Biden administration opposes “any unilateral actions that undercut the historic status quo,” which he said was up to the parties themselves to define.

His visit comes days after the swearing-in of Prime Minister Benjamin Netanyahu’s new government, the most right-wing and religious in Israel’s history. The inclusion of Ben-Gvir — a Jewish settler once convicted of inciting racism against Arabs — in the governing coalition is of particular concern for the Biden administration. As national security minister, Ben-Gvir will oversee the border police in the occupied West Bank.

The Biden administration has mostly refrained from commenting on Ben-Gvir, and says it will deal with the Israeli government based on its policies, not “individual personalities.”

Price said he was not aware of any direct contact with Ben-Gvir, but said the US administration spoke with Netanyahu’s office on Tuesday regarding his visit.

The new Israeli government’s platform calls for the preservation of the historic status quo at the holy sites. Netanyahu, who reportedly urged Ben-Gvir to postpone his visit, released a statement Tuesday saying his government would not seek changes in the delicate arrangement.

“We expect him to follow through on that commitment,” Price said.