The Egyptian legend was ranked ahead of many all-time greats, including Michael Jackson. 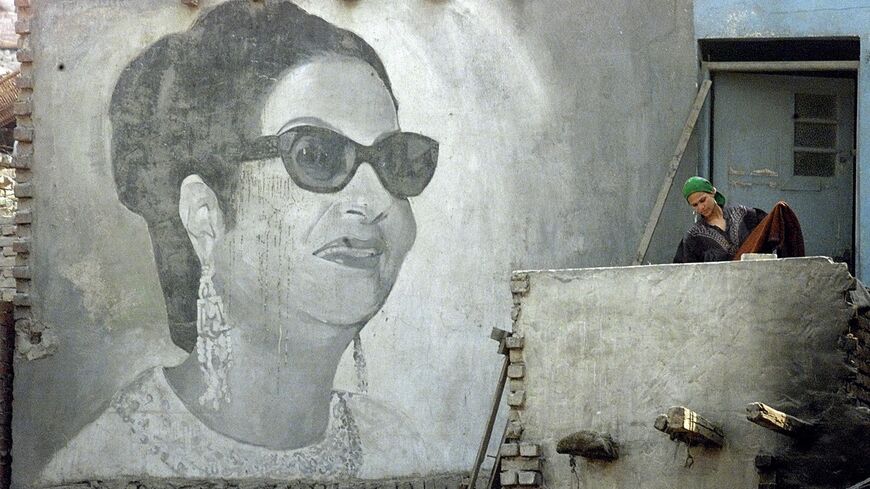 Fans across the Arab world are celebrating this week Rolling Stone's pick of famed Egyptian singer Umm Kulthum on the list of the top 200 singers ever.

The American magazine released the list of singers on New Year’s day, continuing a tradition that they started in 2008. They identified their criteria as “originality, influence, the depth of an artist’s catalog, and the breadth of their musical legacy.” Rolling Stone staff ranked the singers and only included artists who performed popular music.

Umm Kulthum was ranked 61 on the list. Rolling Stone described her as having “no real equivalent among singers in the West.”

“Her death in 1975 brought millions into the Cairo streets to mourn, and while her influence among Arab singers is incalculable, it extended far beyond it,” wrote the magazine.

Kulthum is widely considered one of the greatest Arab singers of all time. She continues to be popular long after her death. A film about Kulthum’s life was released in 2018 and she still has fans across the Middle East.

Kulthum was notably ranked ahead of some renowned English-language singers, including king of pop Michael Jackson, country music legend Johnny Cash, and contemporary Barbadian pop star Rihanna. Others such as Celine Dion and Justin Bieber did not make the list.

Reactions: Many Egyptians and other Arabs praised the news on social media. The Instagram account @925egypt wrote "Pride is what we all feel about this!" in response Wednesday.

Oum Kulthum is 61 on this list and the only singer from the MENA. I'm glad to see her on here but a generational, once-in-a-lifetime icon who defined an entire style of singing AND — in Rolling Stone's own words — has no Western equivalent should be higher. Here's their write-up https://t.co/nobZwGtbDz pic.twitter.com/icXKYK6g6D

Umm Kulthum should have been ranked higher, according to some of her Egyptian fans. Egyptian Twitter user @mira_anoushahba asked why Kulthum was not ranked number one.

Some Lebanese twitter users expressed dismay that Lebanon's legendary singer Fairouz was not included on the list.

@RollingStone ranking of the 200 greatest singers is good but leaves behind some of the greatest in the East and the West. Umm Kulthum at #61 🙄and where is Fayrouz #Lebanon ? https://t.co/qPymSyeixg pic.twitter.com/3QujNiyEp5

Know more: The late Israeli singer Ofra Haza also made the list, coming in at number 186. Her inclusion was praised by many Israelis on social media.

Rolling Stone omitted many of the Middle East's other renowned singers, such as Iraq's Kadhim al-Sahir. Overall, the list was US-centric. Aretha Franklin was ranked first, followed by Whitney Houston.