Turkey cautiously optimistic as US drops conditions for F-16 sales

Turkey's foreign minister has urged the swift finalization of the much-awaited sale, while Greek news outlets maintain the final text carried a warning to Turkey against violating Greek airspace. 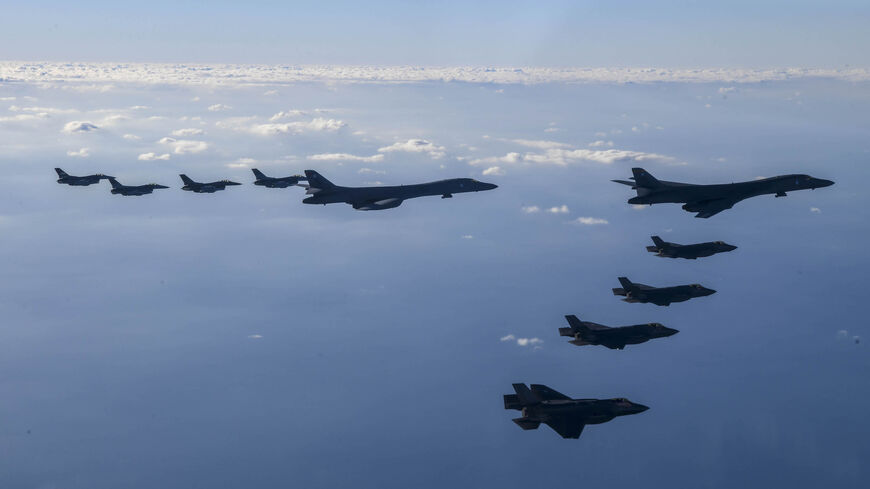 Ankara welcomed on Wednesday the final text of the US defense budget that excludes conditions on the sale of F-16 fighter jets to Turkey, saying the swift finalization of the sale would be “in everyone’s interest.”

“We knew before [the bill's text became public Tuesday] that the two [conditions attached to the sale] were removed from the final text,” Cavusoglu said at a press conference with his Moldovan counterpart Nicu Popescu in Istanbul. “What is important now is to finalize the process as soon as possible … which will be in everyone’s interests.”

The newly minted 2023 National Defense Authorization Act, released late Tuesday, is expected to be voted on first by the House of Representatives later this week and then by the Senate, perhaps next week. It will become law after President Joe Biden signs it. Ankara has kept its eyes on the text for months to ensure that it will not contain any congressional hurdles to its request to purchase 40 Lockheed Martin-made F-16 fighter jets and nearly 80 modernization kits for Turkey’s existing warplanes.

Cavusoglu said that US President Joe Biden expressed his administration’s support for the sale to Turkish President Recep Tayyip Erdogan when the two briefly met in Bali. “Of course, the role of Congress is important as well. So it is good that the text that would be submitted to vote includes no conditions on the sale,” he said, adding that its swift finalization is in the interests of all the parties, including NATO.

The sale has become one of the most highly charged issues in the strained ties between Ankara and Washington. The new fighters and the kits are essential for Turkey to upgrade its existing fleet and maintain its air superiority, particularly over the Aegean Sea.

The deal is also seen as repairing the strategic ties since the United States ousted Ankara from the F-35 Joint Strike Fighter program in 2019 following Turkey’s much opposed purchase of Russian S-400 air defense systems. Ankara has been fervently lobbying for it through diplomatic and defense channels and Turkish lawmakers’ visits to Congress.

The F-16 sale has loomed over other areas of Turkish foreign policy. For example, Erdogan said in May that he “wrote off” his Greek counterpart Kostas Mitsotakis for lobbying in Congress against the sale, foreshadowing one of the tensest periods in bilateral ties.

The F-16s are also one of Turkey’s implicit conditions for its final nod to the accession of Sweden and Finland to NATO. After Turkey lifted its veto on the Nordic enlargement at the alliance’s Madrid summit, the Biden administration reaffirmed its intent to sell F-16s to Ankara. But Turkey is dragging its feet on ratifying the deal, saying it wants concrete and irreversible steps by the two countries to address Turkey’s security concerns. They include freezing financial assets of armed anti-Turkish groups, extraditing their members to Turkey and lifting arms embargoes against Turkey — all foreseen in a tripartite deal made in June. Last week, Sweden’s new government deported Mahmut Tat, a man convicted of membership in an armed terror organization in 2015 and sentenced to more than six years in prison, to Turkey. Today, Finnish Defense Minister Antti Kaikkonen arrives in Ankara to discuss defense cooperation and arms embargoes.

Ankara’s hopes for the F-16s were bolstered a month ago when the Senate removed two provisions designed to stall the sale.The first amendment required that the American president certify that the deal would be in the United States' “national interests.” The second urged “concrete steps” to ensure that Turkey did not use the F-16s for “repeated unauthorized territorial overflights of Greece.” Ankara hailed the decision as a “diplomatic success” and remained unswayed by declarations by Bob Menendez, chairman of the Senate Foreign Relations Committee and co-author of the amendments, that it was not over. “I will not approve any F-16 case for Turkey until Erdogan halts his campaign of aggression across the region. Full stop,” Menendez tweeted.

But Ibrahim Kalin, the Turkish president’s spokesperson and de facto national security adviser, said last month that he was confident that the F-16 sales would be solved “under the conditions that Turkey wants” within one or two months.

“It is highly likely that the text would pass as is,” Gulru Gezer, a foreign policy commentator and a former Turkish diplomat who served in the United States, told Al-Monitor. “Once it is signed, the ball would be in the Biden administration’s court; they would determine the timeline of the purchase.”

The National Defense Authorization Act's final draft referred to to the Turco-Greek issue in the explanatory text: "We believe that North Atlantic Treaty Organization (NATO) allies should not conduct unauthorized territorial overflights of another NATO ally’s airspace,” read.

Both the Greek and Turkish media have hailed the final text as a victory. Pro-government media outlets in Turkey applauded “the defeat of the Greek lobby” and the failure of a letter by Greek-American Representative Chris Pappas and 20 others to impose restrictions on the sale of F-16s. Greek newspaper Ekathimerini, for its part, focused on Congress’ “warning to Turkey” over its systematic airspace violations and overflights in the Aegean.

Gezer said that dropping the two amendments was an important signal to Turkey, which has a higher profile due to the Ukraine crisis. “The United States sees the need to keep Turkey within the Western institutions and the F-16 deal is the least it can do,” she said. “But the F-16 deal may also mean tradeoffs behind the scenes, such as on NATO enlargement or on regional issues, such as the Turkish operations in Syria.”

The United States has expressed strong opposition to the Turkish operations in northern Syria after Erdogan reiterated his commitment to establishing a security zone in Syria, by land incursion if necessary.

“We’ve continued to make clear — both publicly but as well as privately — that we strongly oppose military action, including a potential land incursion that would further destabilize the lives of communities in Syria and risk, importantly, the global coalition’s hard-earned progress against” the Islamic State, State Department spokesperson Ned Price repeated Tuesday.